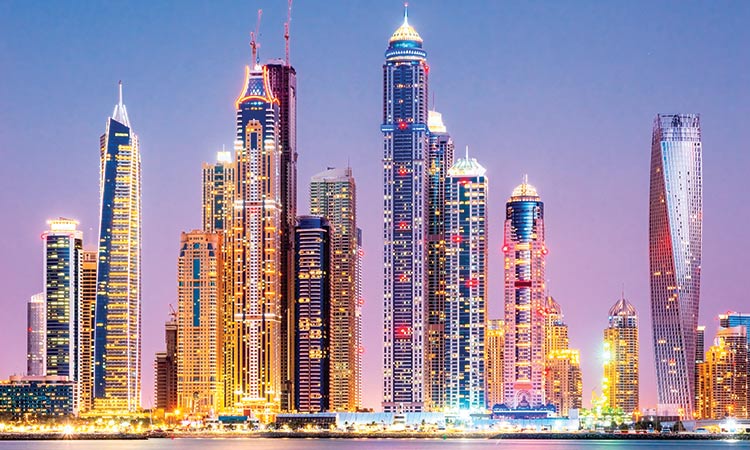 A total of 3,186 real estate transactions worth over Dhs9.1 billion were conducted during the week ending 9th December, 2022, according to figures released by the Dubai Land Department (DLD).

The DLD report revealed that 419 plots were sold for Dhs2.24 billion, while 2,233 apartments and villas were purchased for Dhs4.64 billion.

The top three transactions were a land in Marsa Dubai sold for Dhs265.69 million, followed by a land that was sold for Dhs64.16 million in World Islands, and a land sold for Dhs38 million in Palm Deira.

The value of mortgaged properties for the week landed at Dhs1.75 billion, with the highest being a land in Me’Aisem First, mortgaged for Dhs360 million. Meanwhile,129 properties were granted between first-degree relatives worth Dhs500 million.

A total of 1,600 real estate transactions worth over Dhs4.8 billion were conducted during the week ending 30th November, 2022, according to figures released by the Dubai Land Department (DLD).

The top three transfers for apartments and villas were an apartment was sold for Dhs38 million in Jumeirah Second, and another for Dhs37 million in Palm Jumeirah, with a third being sold for Dhs35 million in Al Barsha First.

The sum of mortgaged properties for the week stood at Dhs1.37 billion. Meanwhile, 38 properties were granted between first-degree relatives worth Dhs113 million.

With a nearly 1.8 per cent price increase in October and a similar trend in November, the Dubai property market is heading for a strong fourth quarter and end to the year as the investors and end-users continued to invest in the emirate’s real estate sector, Zoom Property recent data showed.

The latest data from Zoom Property Insights indicated that average property prices in Dubai have reached Dhs1,070 per square foot. It also disclosed an over 8.5 per cent and 13 per cent increase in the prices of apartments and villas, respectively, this year so far.

Among other sectors, it’s the luxury segment that has dominated the property market. HNWIs and foreign investors continue to invest in this sector, resulting in a remarkable boost. According to the Zoom Property Insights, there has been significant growth of 88.9 per cent in luxury properties over the period between Q3, 2021 and Q3, 2022. This marks the highest growth globally, with Miami and Tokyo ranking 2nd and 3rd with 30.8 per cent and 17 per cent growth, respectively

Ata Shobeiry, CEO of Zoom Property, believes that prime areas in Dubai will continue the upward momentum in 2023 as well.

“The year 2022 proved to be a great year for the luxury property segment and the trend is expected to continue in 2023 as well. The launch of various new developments featuring ultra-prime properties will continue to attract HNWIs and foreign investors,” he said.

Palm Jumeirah continued its dominance in the villa segment with a nearly 3 per cent increase in property prices. Villas in Jumeirah also showed a growth of over 3.5 per cent. Besides that, District One, MBR City, Dubai Hills, and The Meadows attracted buyers for villas.