Ayman Ashor, Cluster General Manager, Al Bandar Rotana and Arjaan by Rotana has been recognised among the 100 very best and brightest hotelier in the hospitality sector in the region.

The UAE has recently launched a National Tourism Strategy.

The plan is aimed at adding a further $27 billion of investment to the tourism sector in the country and attracting 40 million hotel guests to the country in 2031.

In alphabetical order, the General Manager Power 100 2022 contains 70 of the best General Managers in the UAE, another 10 GMs innovating in the Kingdom of Saudi Arabia, 10 gearing up for a historical year in Qatar and another 10 top leaders in the wider MENA.

Ashor stated that he is feeling proud for the recognition, adding that this achievement was only made possible due to the relentless efforts of his entire dedicated team. 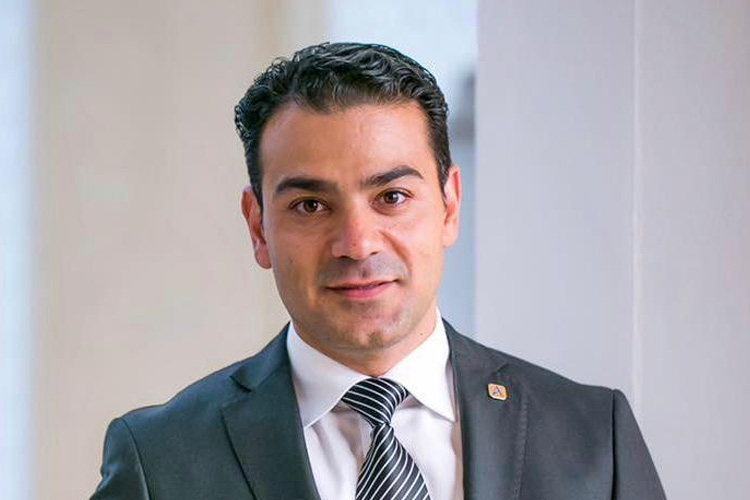 He lauded the key role, determination, hard work and dedication of his hotel staff members, who according to him, were the main hands behind this huge success.

Ashor also thanked and appreciated his loyal guests and customers, adding that his property is marching ahead due to their  wonderful reviews and positive feedback on daily basis about the hotel on different platforms.

He noted that the Middle East, and especially Dubai, is known as a global hub of some of the world’s very best hospitality and hotels, adding that now, amid a post-pandemic economic boom, the UAE’s hotels are set to record profits.”

Ashor mentioned that  he sees a healthy and promising outlook for the hospitality especially during the winter season.

“We are very proud of our hotel performance for the first half of the year, and we are positive that we can keep the momentum till the end of the year.”

Ayman Ashor has been working in the hospitality industry for over 26 years. He an experienced hotelier who has worked for international hospitality chains all around the world (Egypt, Netherlands and Germany) such as Hilton, Movenpick, Sheraton, Steigenberger, and Jumeirah to name a few.

A high-energy GM willing to grab opportunities by both hands, Ayman Ashor’s willingness to adapt and hunger to innovate has paid dividends. Social media engagement has soared to more than three million, while on TikTok, Al Bandar Rotana says it is the most followed hotel in the region. F&B revenues are up, the cluster is well ahead of budget, and the hotels boast some of the lowest staff turnover rates in the group.