Tesla is recalling more than 500,000 vehicles in the US that have the Boombox feature — a software update that allows drivers to play preset or custom sounds from an external speaker such as a bleating goat, fart noises or holiday jingles.

The US National Highway Traffic Safety Administration said while the feature can “enhance the conspicuity” of vehicles to pedestrians, vehicles that use Boombox when in motion may “increase the risk of collision”. 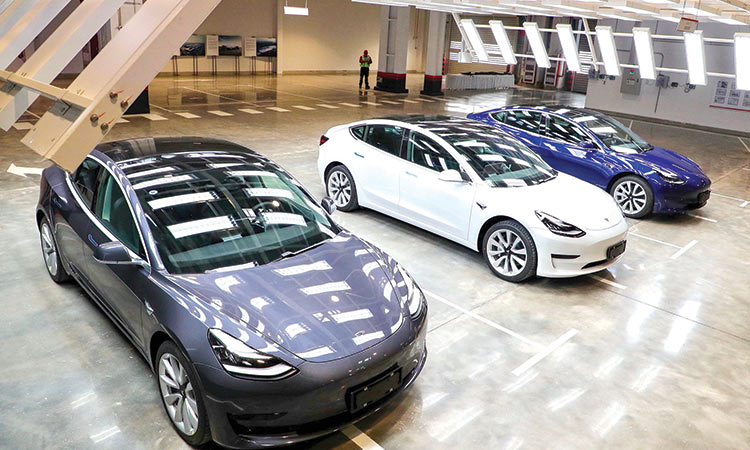 This is Tesla’s fourth recall made public in the last few weeks, according to the Independent.

“While Boombox and the pedestrian alert sound are mutually exclusive sounds, sounds emitted using Boombox could be construed to obscure or prevent the PWS from complying with FMVSS 141 when the vehicle is in motion,” it added.

On Twitter, Tesla chief Elon Musk claimed that the “fun police” had forced the company to recall the vehicles.

This is Tesla’s fourth recall made public in the last few weeks, according to the Independent.

Last week, the company recalled 27,000 cars in the US due to windshield defrosting problems. Earlier this month, Tesla recalled more than 817,000 cars after it was found that in some of these vehicles an audible alert may not activate when they start and the driver has not buckled the seat belt.

The electric car manufacturer also recalled over 50,000 US vehicles earlier this month with the full self-driving (Beta) software that allowed some cars to conduct “rolling stops” and not come to a complete stop at intersections. In December, it recalled half a million of its vehicles due to rear-view camera issues and front hood problems.