Staff at an electronics goods showroom watch the telecast of the union budget in Mumbai on Tuesday. AFP

India unveiled a bigger budget of 39.45 trillion rupees ($529.7 billion) for the coming fiscal year on Tuesday, stepping up investment on highways to affordable housing to put growth on a firmer footing as the economy recovers from the pandemic.

The government has projected slower economic growth of 8% to 8.5% compared with an estimated 9.2% for the current fiscal year. GDP contracted 6.6% the previous year. 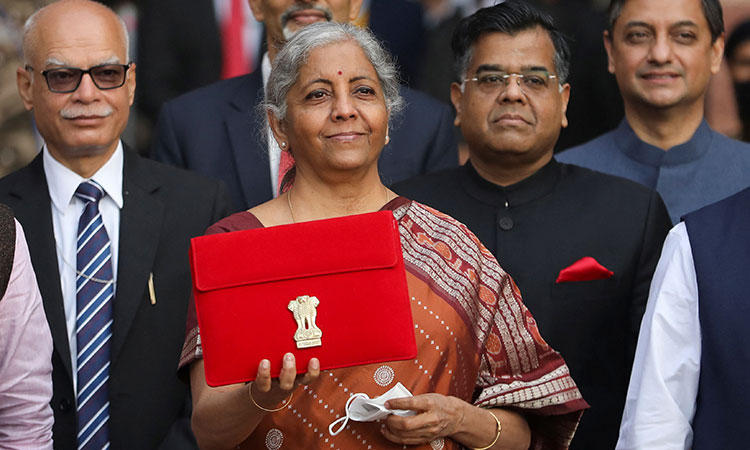 “The overall sharp rebound and recovery of the economy is reflective of our country’s strong resilience,” Finance Minister Nirmala Sitharaman said, vowing to lay the foundation for faster growth.

She announced spending of 200 billion rupees ($2.68 billion) for a highway expansion programme and said 400 new trains would be manufactured over the next three years. Total government spending will be 4.6% more than the current year. 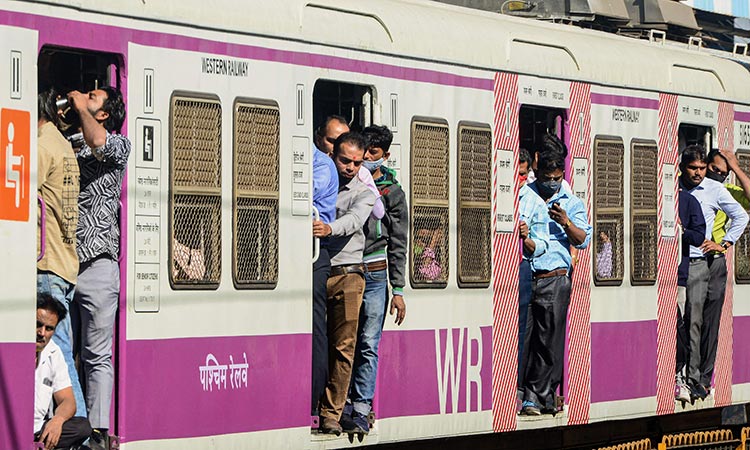 Commuters travel on a crowded local train in Mumbai on Tuesday. AFP

The fiscal deficit for the current year would be 6.9% of GDP, slightly more than the 6.8% targeted earlier, Sitharaman said.

While presenting the Budget on Tuesday, Finance Minister Nirmala Sitharaman said that the income from sale or acquisition of virtual and digital assets such as cryptocurrency will be taxed at 30%, the highest tax band in the country, according to NDTV.

According to the TV news channel, other key highlights of the budget are:

• In a boost to the EV sector, battery swapping policy to be introduced

For the next fiscal year, India is targeting a deficit of 6.4% of GDP, hoping to build on higher tax revenues and privatisation of state firms including a share sale of giant insurer Life Insurance Corporation.

Prime Minister Narendra Modi’s government has made building of physical and digital infrastructure a top priority to improve the cost of doing business. 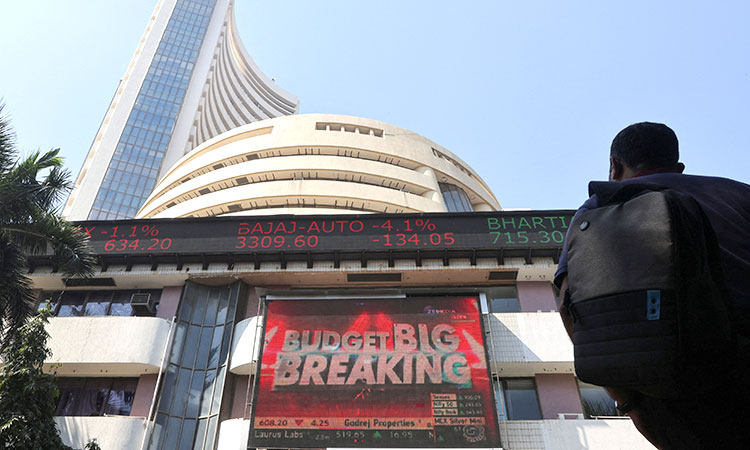 A man looks at a screen on a facade of the Bombay Stock Exchange building in Mumbai, India. Reuters

“The touchstone of the master plan will be world-class, modern infrastructure and logistics synergy among different modes of movement of both people and goods, and location of projects,” Sitharaman said, according to Reuters.

She said the central bank would introduce a digital currency in the next fiscal year using blockchain and other supporting technology.

India’s central bank has voiced “serious concerns” around private cryptocurrencies on the grounds that these may cause financial instability.

Indian 10-year benchmark bond yield rose to 6.7649% after the government said the fiscal deficit for 2021/2022 would be bigger than expected. The blue-chip stock NSE Nifty 50 and S&P BSE Sensex stock indexes jumped nearly 1.5% on a boost in capital expenditure. 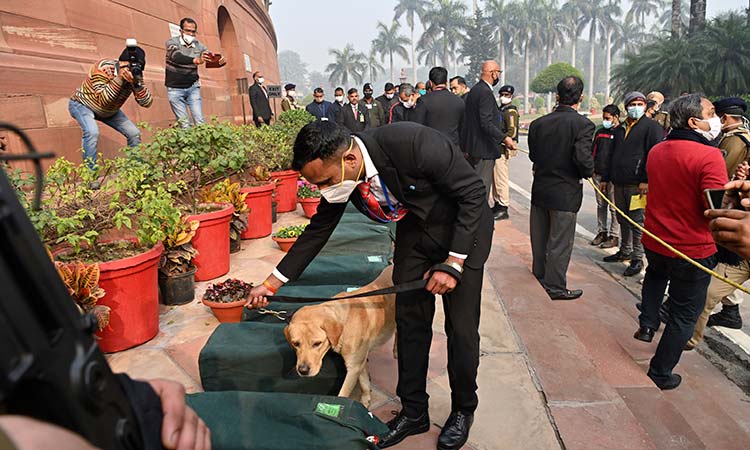 A sniffer dog is used to perform security checks amid bundles of copies of India’s national budget in New Delhi. AP

“The fiscal outcome is broadly in line with our expectations with the government having continued its focus on infrastructure and rural demand,” said Upasna Bhardwaj, senior economist at Kotak Mahindra Bank.

“As expected, the government has refrained from a sharp consolidation. While the fiscal expansion is expected to be pro-growth, the heavy supply is expected to worry the bond markets.”

Concerns have also risen about inflation and loss of tens of thousands of jobs because of the disruptions caused by the pandemic. Sitharaman expressed empathy with those who had to bear adverse health and economic affects of COVID-19 that devastated India during the second wave last year.

A government report on Monday warned that growing risks of global inflation led by rising crude oil prices could hit the economy.