Anant Ambani, the youngest son of the billionaire industrialist purchased the luxury property at Palm Jumeirah earlier this year when Belleview Real Estate, the property agency, announced the sale of the luxury estate.

The deal has been termed as one of the biggest ever-residential property transactions in Dubai.

The property comes with more than 70 meters of private beachfront, according to media reports. 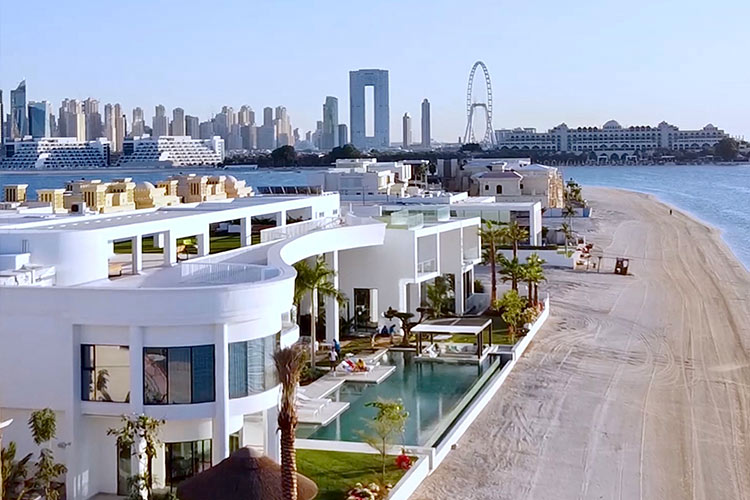 An aerial view of the villa on Palm Jumeirah.

It is believed that British footballer great David Beckham and Bollywood superstar Shah Rukh Khan will be some of Ambani’s new neighbours.

The 65-year-old Ambani is the 11th richest person in the world. Indian media reported that he is steadily passing the reins to his children.

Anant is believed to be one of the heirs to Ambani’s billion-dollar fortune.

While many transactions came close to that amount, it was leading luxury property broker Conor McKay who clinched the astounding deal. 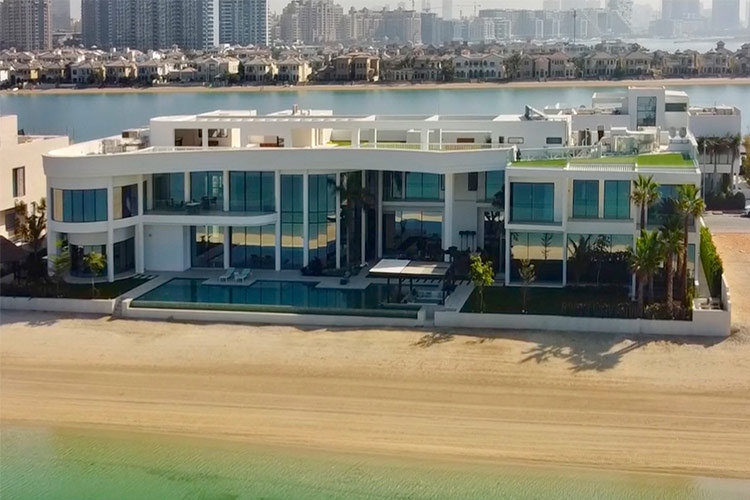 A frontal view of the villa.

Property Monitor’s COO, Zhann Jochinke, says: “To see a transaction of this magnitude illustrates the ongoing strength of Dubai’s property market particularly in the ultra-high-end segment.

“The transaction not only beats Dubai’s previous record but closes the gap between Dubai’s luxury market and those of leading global cities such as London, New York, and Hong Kong.”

Broker Conor McKay is no stranger to Dubai’s uber-luxury property market. He has a long history of selling luxury real estate.

Having established himself as one of the top brokers in Emirates Hills, Palm Jumeriah, and Dubai Hills, he has won numerous third-party awards over the years.