Photo shows the design plan for the 500-metre tall parallel structures in the heart of the Red Sea megacity NEOM. AFP

Saudi Arabia’s Crown Prince Mohammed Bin Salman said on Tuesday that his $500 billion flagship project NEOM, a mega economic zone, will be partly financed through a flotation expected in 2024.

The city’s first phase is set to cost 1.2 trillion riyals ($319.39 billion), half of which will come from the kingdom’s sovereign wealth fund, the Public Investment Fund, he said.

Dubai records over Dhs12b realty deals in a single day

The Crown Prince was speaking to reporters, architects, investors and others attending a presentation that provided updates on its project The Line, a key part of the NEOM development. Saudi Arabia will tap sovereign wealth funds in the fourth quarter of this year to raise part of the remaining 600 billion riyals, which will also be funded through private sector investment and an initial public offering that is expected to take place in 2024, he said. 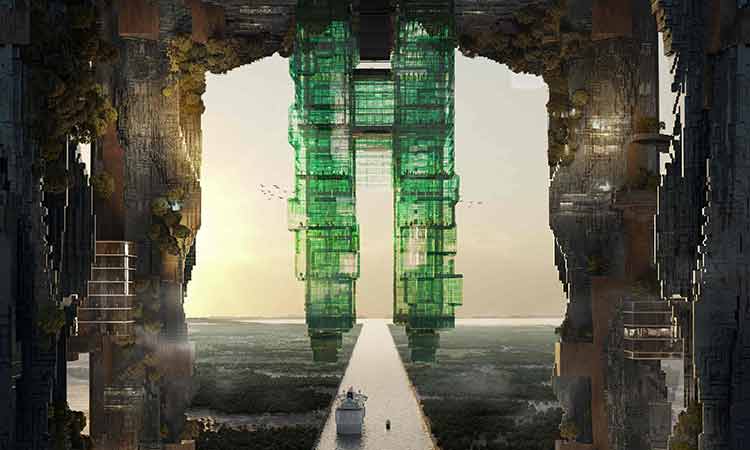 The design plan shows the 500-metre tall parallel structures in the heart of the Red Sea megacity NEOM. AFP

Saudi Arabia will also allocate 300 billion riyals for an investment fund linked to NEOM, which will invest in companies that set up there. The Crown Prince first announced plans for NEOM in 2017 as part of his Vision 2030 reform plan, which aims to diversify Saudi Arabia’s economy away from oil.

The kingdom’s sovereign wealth fund is the cornerstone investor in NEOM, a 26,500-square-km (10,230-square-mile) high-tech development on the Red Sea with several zones, including an industrial and logistics areas, planned for completion in 2025. 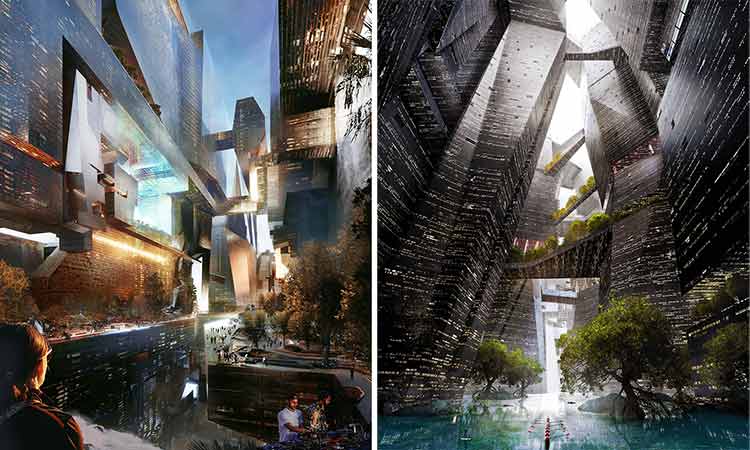 Construction has started on NEOM, which is a business zone in Tabuk province. AFP

“NEOM will add a trillion riyals ($266 billion) to the Saudi stock market value. At least 1.2 trillion in the beginning and the overall will increase after project completion to exceed 5 trillion,” MBS was quoted as saying on state-owned al-Ekhbariya TV.

Construction has begun on NEOM, a business zone in Tabuk province aimed at diversifying the economy of the world’s top oil exporter.

“We aim to make Saudi one of the largest three stock markets on the planet,” the Crown Prince said.