A stockbroker speaks on a phone while monitoring the share prices during a trading session at the Pakistan Stock Exchange in Karachi on Friday. AFP

Pakistan’s stock exchange briefly halted trading on Friday after its benchmark index plunged sharply following an announcement by the newly elected Prime Minister Shahbaz Sharif that he was imposing a new, 10% ‘super tax’ on major industries in a bid to shore up revenues for supporting the country’s poor amid rising inflation.

Shahbaz, who appeared on the state-run Pakistan Television TV and almost all other stations in the country, warned that the economy was on the verge of bankruptcy. He said he was taking the measures to “save the country and avoid further taxes on the poor.”

The new tax would apply to industries such as cement, steel, sugar, banking, textile and others. There would also be new, graduated taxes on the wealthy. The measures are expected to go into effect on July 1, following approval by parliament. 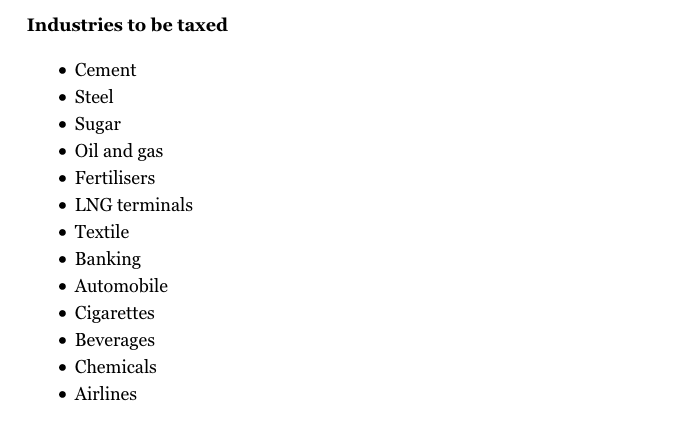 Following the broadcast, the Karachi Stock Exchange benchmark index, known as KSE-100, plunged more than 2,000 points or 4.8%, sending the market into shock and forcing administrators to briefly halt the trading. It was the last working day of the week before the market reopens on Monday.

Jibran Sarfraz, a businessman in the port city of Karachi, where the stock exchange is based, said the market was reacting to the new taxes levied by Shahbaz Sharif’s government which are shaking up everyone’s confidence in the stock exchange.

The latest development came days after Pakistan’s currency, the rupee, started recovering after steadily plummeting to Rs212, an all-time low against the US dollar, amid uncertainty about the success of talks with the International Monetary Fund.

The rupee traded Rs208 to the US dollar at market’s closing on Friday.

Pakistan is in crucial talks with the IMF to revive a $6 billion bailout package which has been on hold since former Prime Minister Imran Khan’s government was ousted in April. 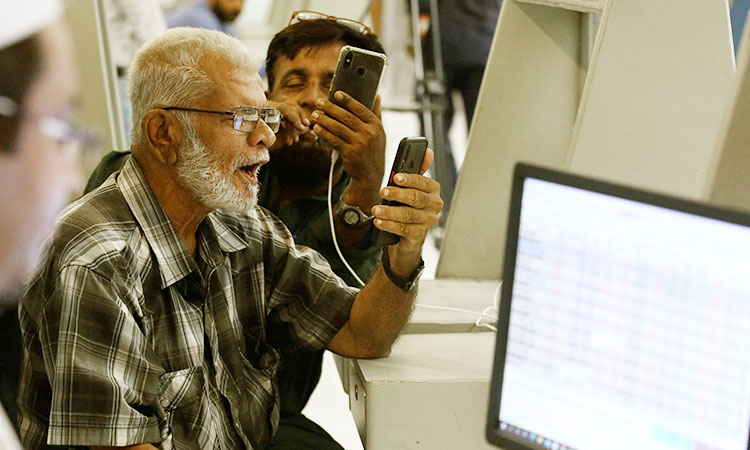 Brokers react while they monitor Index on their mobile phone at at the Pakistan Stock Exchange in Karachi. AP

Shahbaz was elected after the parliament ousted Imran Khan in a no-confidence vote — a move the former cricket star turned Islamist politician insisted was a US plot. Washington and Shahbaz Sharif’s cabinet have denied the allegation.

Shahbaz hopes his government will reach a deal with the IMF in the coming weeks.

Pakistan and the IMF originally signed the accord in 2019, but the release of a key installment had been on hold since earlier this year. That’s when the fund expressed reservations about a delay in Pakistan’s compliance with the conditions of the bailout by Imran Khan’s government.