Qatar’s sovereign investment fund on Wednesday said it would invest $3 billion in key sectors of Pakistan’s economy as the Gulf country extends its support to the cash-strapped South Asian nation.

Earlier this month, the UAE said it would invest $1 billion in Pakistan. According to reports, Saudi Arabia is also considering extending an emergency $2b loan made last year.

According to people familiar with the deal, the Qatar Investment Authority is evaluating strategic investments in Islamabad and Karachi airports, as well as in the power, renewable energy and hospitality sectors in Pakistan.

The office of the Qatri Ruler confirmed the plan to invest in Pakistan in a statement posted on its website. 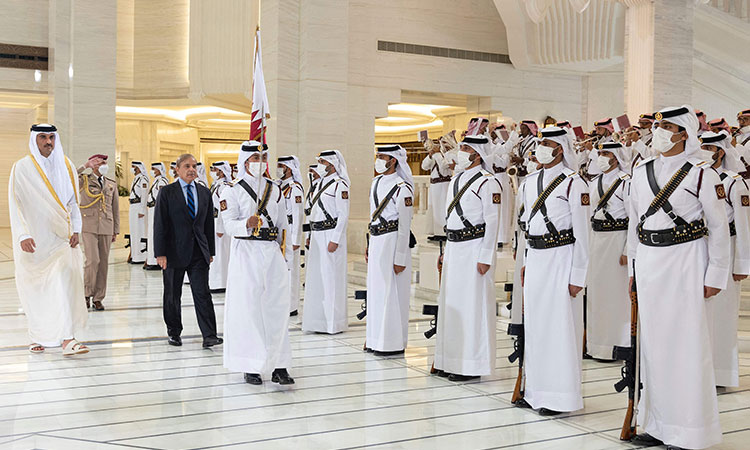 Sheikh Tamim stressed the importance of the brotherly and strategic relations between the two countries and the need to bolster their economic partnership, an official Qatari statement said.

“In this regard, the Qatar Investment Authority announced its intention to invest $3 billion in various commercial and investment sectors in the Islamic Republic of Pakistan,” it added.

The statement said the two leaders also discussed cooperation in defence and sports.

Earlier during the day, Shahbaz Sharif visited FIFA World Cup ‘Stadium 974’ in Doha and lauded the efforts of Qatar in establishing state-of-the-art facilities for the biggest sporting event.

Upon arrival at the stadium, the prime minister was given the guided tour of the stadium and was briefed on the extensive preparations undertaken by the government of Qatar to host the FIFA World Cup 2022.

He praised the grandeur of the football stadium and associated facilities, depicting the Qatari culture and identity, built in a short span of time.