This photo shows a view of the exchange board at the Stock Exchange Market (Tadawul) in Riyadh. AFP

Energy-giant Saudi Aramco on Sunday said it had transferred four percent of its shares to the kingdom’s Public Investment Fund, the state news agency SPA reported.

Quoting Saudi Crown Prince Mohammed Bin Salman, SPA reported that the “transfer of four percent of Aramco shares to the Public Investment Fund… is part of the kingdom’s long-term strategy to support the restructuring of its economy”.

The announcement came months after the crown prince said in April last year that Aramco was in talks to sell one percent of the oil giant to a foreign energy firm.

“There is a discussion on the acquisition of one percent (of Aramco) by one of the world’s leading energy companies, and this will be a very important deal to boost Aramco’s sales in that country,” the crown prince said at the time. 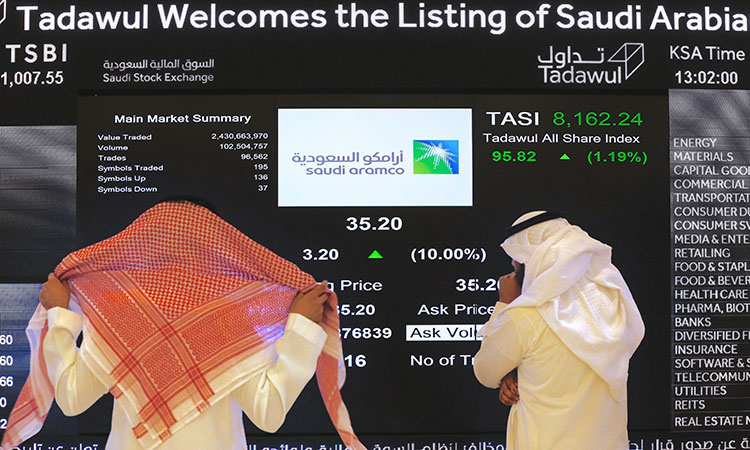 He did not name the company, but said it was based in a very large country.

Aramco previously sold a sliver of its shares on the Saudi bourse in December 2019, generating $29.4 billion in the world’s biggest initial public offering.

And in December Aramco said it had signed a $15.5 billion lease and leaseback agreement for its gas pipeline network with a consortium led by BlackRock Real Estate and Hassana Investment Company, a Saudi-state-backed investment management firm.

Long seen as the kingdom’s “crown jewel”, Aramco and its assets were once under tight government control and considered off-limits to outside investment. 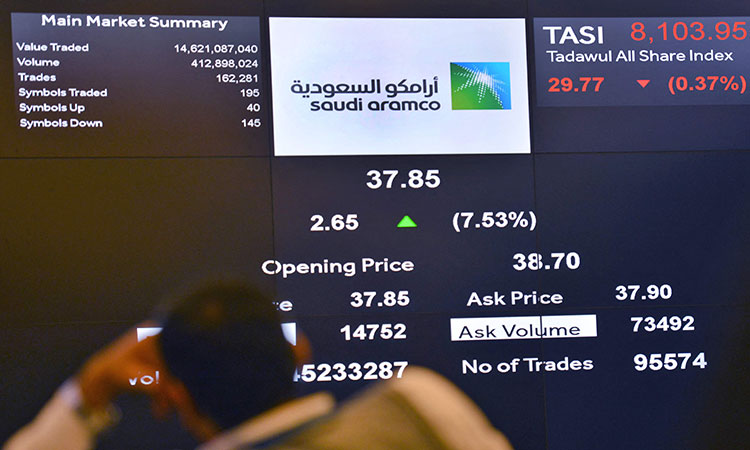 Photo shows a view of the exchange board at the Stock Exchange Market (Tadawul) bourse in Riyadh. File/AFP

But with the rise of de facto ruler Crown Prince Mohammed, who is pushing to implement his “Vision 2030” reform programme, the kingdom has shown readiness to cede some control.

On Sunday, he said the transfer of shares from Aramco to the PIF is aimed at “supporting the PIF’s plans to grow its assets under management to around 4 trillion Saudi riyals (around $1.07 trillion) by the end of 2025”, SPA reported.

“The shares will bolster the fund’s strong financial position and high credit ratings in the medium term, as the PIF relies on the value of its assets and the returns on its assets under management for its funding strategy,” he added.