US doctors announced on Thursday they had successfully performed a double lung transplant on a patient with terminal lung cancer, giving new hope to others who also are in advanced stages of the deadly disease.

Albert Khoury, a 54-year-old non-smoker, underwent a seven-hour surgery to receive his new lungs at Northwestern Medicine in Chicago on Sept.25, 2021.

Six months on, the lungs are working well and he has no signs of cancer in his body. 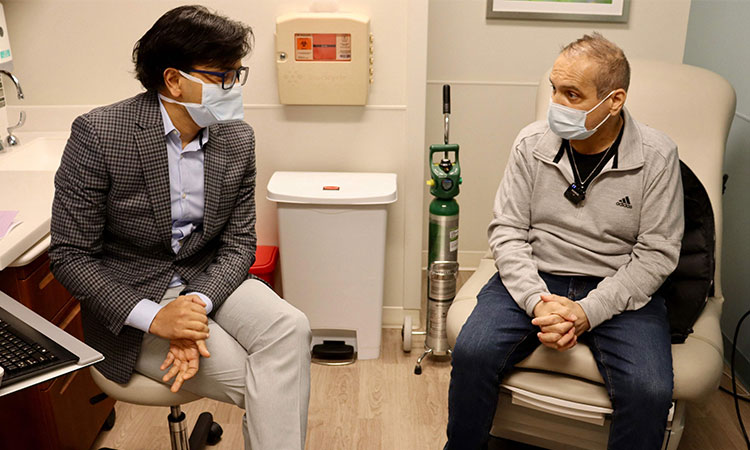 “For patients with stage 4 cancer, lung transplantation is considered a complete ‘no-no,’ but because Albert’s cancer was confined only to his chest, we were confident we could clear all the cancer during surgery and save his life.”

Surgeons are generally reluctant to proceed with such transplants because if there are even a few cancerous cells remaining, there is a strong chance they will regrow in a patient taking immune-suppressing medications to prevent organ rejection.

The few such procedures in the past have not been successful, but since then, advances have allowed doctors to better understand cancer’s spread and when an intervention might work.

Khoury, who was working as a cement finisher for the city of Chicago, began to experience back pain, sneezing, chills, cough and mucus in early 2020. At first he assumed it was Covid, but called his doctor when he coughed up blood.

“They discovered stage 1 lung cancer, but due to the Covid-19 surge, I couldn’t begin treatment right away,” he said in a statement.

By July 2020, his cancer — invasive mucinous adenocarcinoma — progressed to stage 2, and, despite several rounds of chemotherapy, kept growing to stage 3 and stage 4.

He was told there was no chance of survival, but his sister, who had heard about the pioneering lung transplants at Northwestern, urged him to get another opinion.

In 2020, Bharat had performed the first US double lung transplant on a woman in her twenties whose lungs had been decimated by Covid.

Khoury came under the care of oncologist Young Chae at Northwestern who wanted first to try other cancer-fighting treatments — but his health kept declining, leaving him in an intensive care unit with pneumonia and sepsis.

It was determined that he was in fact a candidate for transplant since the cancer, despite being stage 4, had not spread to other organs, and he received his new lungs after a two-week wait.

The team had to remove “trillions” of cancer cells all over his lungs within a six hour time frame, all the while taking care not to spill material into his chest cavity or blood stream. 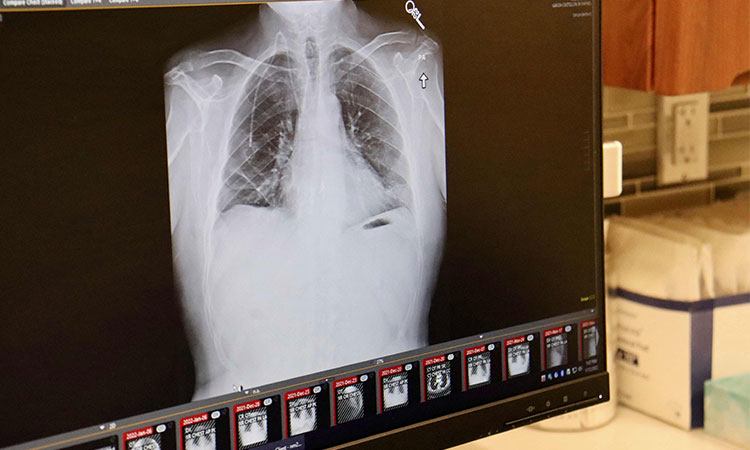 “It was an exciting night,” said Bharat. Khoury is now leading a normal life, and is able to work and go to the gym, without requiring breathing support. “My life went from zero to 100 because of Northwestern Medicine,” he said.

“You didn’t see this smile on my face for over a year, but now I can’t stop smiling.” Based on the success, Bharat and Chae are developing a new set of protocols to determine who else might be eligible for such treatment.

“We have now convinced ourselves that it’s possible to offer transplant in a cancer setting… I think it’s going to make a bigger impact than we appreciate right now,” said Bharat.

Lung cancer is by far the leading cause of cancer-related deaths in the United States making up almost 25 per cent of all cancer mortalities — but the number of new cases has been declining, partly because of people quitting smoking.

VIDEO: Injured monkey, baby turn up at clinic for treatment in India