The fight against climate change is also a fight for the right to education of girls, millions of whom lose access to schools due to climate-related events, Nobel Peace Prize laureate Malala Yousafzai told Reuters on Friday.

Malala Yousafzai was speaking outside the Swedish parliament where she joined environmental campaigners Greta Thunberg and Vanessa Nakate at one of the Friday climate protests which have been held there every week since 2018 and sparked a global movement.

In 2012, the now 24-year-old survived being shot in the head by a Pakistani Taliban gunman after she was targeted for her campaign against the Taliban’s efforts to deny women education. She subsequently became the youngest recipient of the Nobel Peace Prize for her education advocacy. 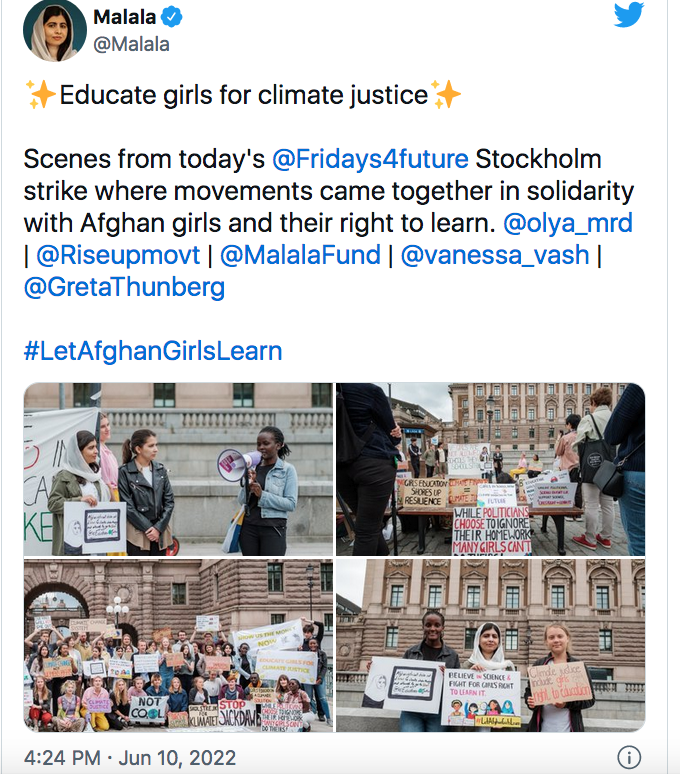 “Due to climate-related events, millions of girls lose their access to schools. Events like droughts and floods impact schools directly, displacements are caused due to some of these events,” Malala Yousafzai said in an interview.

“Because of that, girls are impacted the most: they are the first ones to drop out of schools and the last ones to return.” 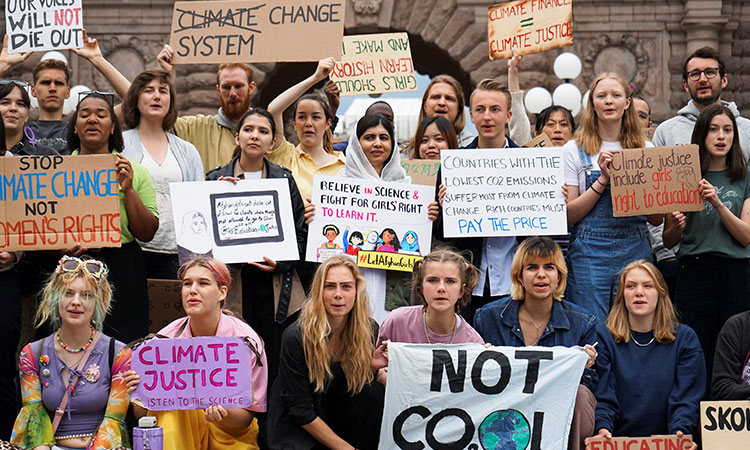 During the demonstration, Malala recounted a story of how her own education was interrupted by climate change as her school and many others in the locality were flooded.

Malala, Nakate and Thunberg all stressed how women, especially those in developing countries, were disproportionately affected by the climate crisis and can be part of the solution if they are empowered by education. 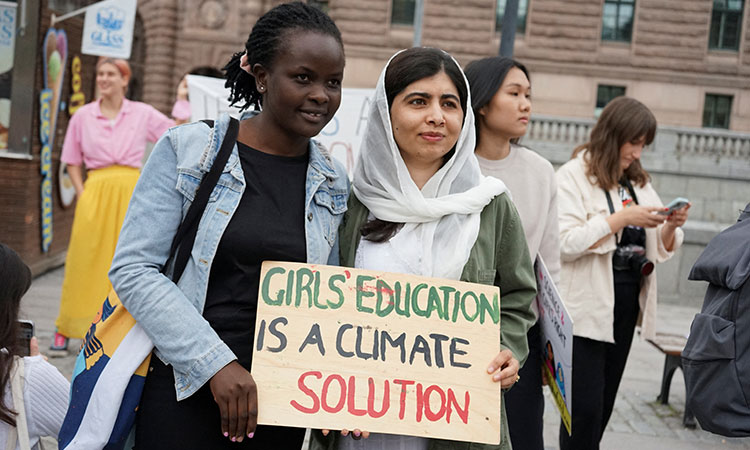 Malala Yousafzai and  Nakate attend a “Fridays For Future” protest in Stockholm. Reuters

“When girls and women are educated, it helps reduce greenhouse gas emissions, it helps build resilience and it also helps reduce the existing inequalities that so many women and girls face in different parts of the world,” said Nakate, a 25-year-old activist from Uganda.

Malala, who tough her Malala Fund has also become a global symbol of the resilience of women in the face of repression, took selfies with passing locals and tourists, and talked at length to the Fridays For Future activists who have protested outside the parliament building since 2018, becoming a global movement in the process. 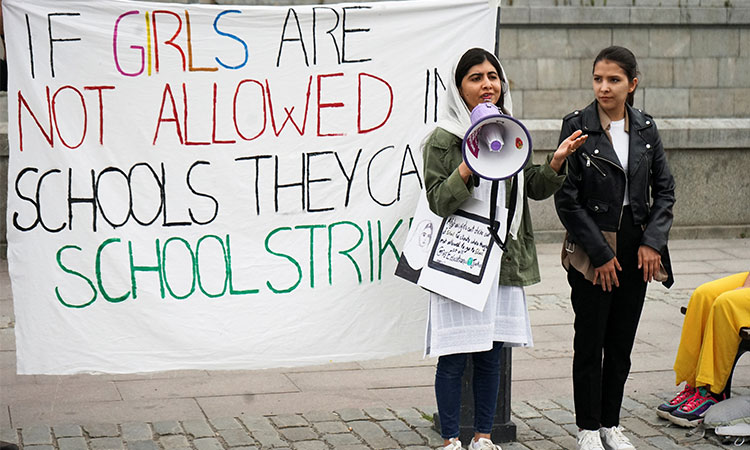 Malala Yousafzai speaks during a “Fridays For Future” protest in Stockholm. Reuters

Activists unveiled banners and placards expressing support for the right of Afghan girls to education and linking the climate crisis and future solutions to it to the educational opportunities of women around the world.

“Any girl can change the world if provided with the right tools to do so,” said Thunberg, 19.