People covered in fake blood attend a protest against the war in Ukraine, in front of the Chancellery in Berlin, Germany, on Wednesday. Reuters

After more than two months of war in Ukraine, which has forced millions of refugees and displaced people to flee their homes, a new Rapid Gender Analysis by UN Women and CARE on Wednesday revealed that women and minorities are facing immense hardship when it comes to health, safety and access to food as a result of the crisis.

In Ukraine, women are increasingly becoming heads of households and leaders in their communities as men are conscripted, yet they remain largely excluded from formal decision-making processes related to humanitarian efforts, peace-making, and other areas that directly impact their lives.

The analysis based on surveys and interviews with people in 19 regions in Ukraine between April 2 and 6 sheds a spotlight on the gender dynamics of the crisis and recommends actions for governments, the international community, and other actors to implement in their humanitarian response.

“When it comes to humanitarian needs of displaced people, locals, and households, women do most of the work: they drive, provide hospitals and locals with medication and food, they care about their disabled relatives and children,” said a woman who participated in the survey. 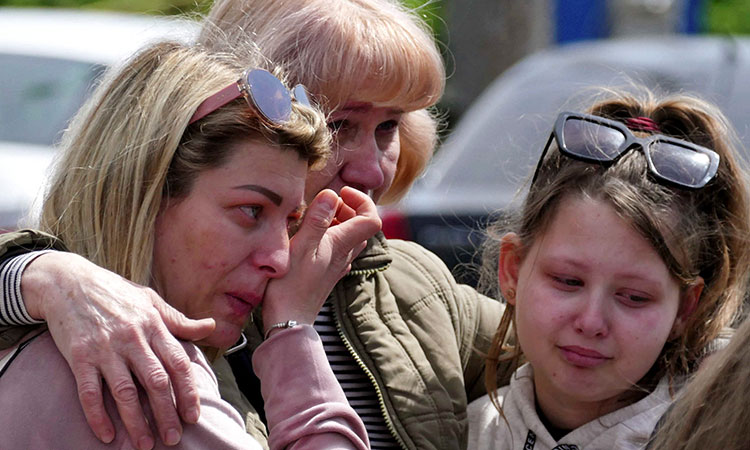 The report reveals that the impact of the war is particularly disproportionate for internally displaced people and marginalised groups such as female-headed households, Roma people, LGBTQIA+ people, and people with disabilities.

Many respondents from Roma communities gave testimony of severe discrimination, both in their daily struggle and in access to humanitarian aid.

The analysis also reveals that gender roles are changing in Ukraine. While many men have become unemployed and are primarily engaging in the armed forces, women report taking on new roles and multiple jobs to make up for the lost family income.

Women are also performing vital roles in the humanitarian response in local communities. However, despite taking on increasing leadership roles in their families and communities, they are largely excluded from formal political and administrative decision-making processes.

With schools closed, high demand for volunteer work, and the absence of men, women’s unpaid care burden has increased significantly. Backtracking on gender equality is already evident in the ongoing crisis. The war is increasing unemployment among the entire population and will likely push women into the unprotected informal sectors of the economy and increase poverty. 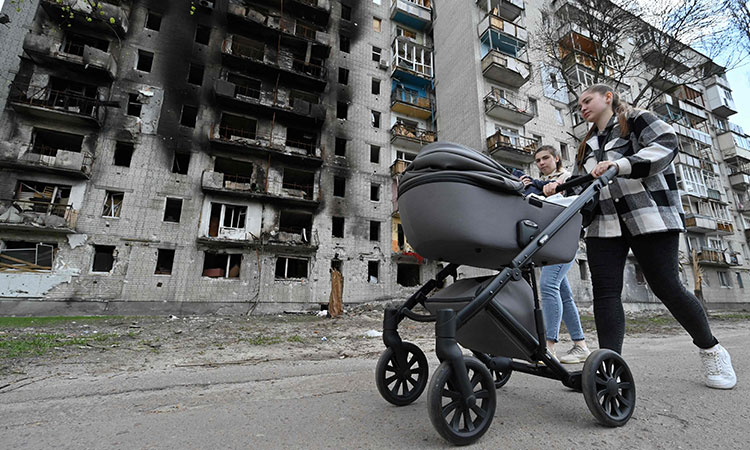 A woman pushes a pram past a heavily damaged residential building in the northern Ukrainian city of Chernihiv. AFP

Women and girls also highlighted poor access to health care services, especially for survivors of gender-based violence (GBV) and pregnant, expecting, and new mothers, as well as rising fears of GBV and lack of food, especially for those in heavy conflict areas.

Many respondents also spoke of the challenges and barriers they face in accessing humanitarian aid and services, and around 50 per cent of both women and men indicated that mental health was a main area of life impacted by the war.

“It’s critical that the humanitarian response in Ukraine takes into account and addresses the different needs of women and girls, men and boys, including those that are furthest left behind,” said UN Women Executive Director Sima Bahous.

“This timely analysis provides the evidence of those needs, and their urgency. Women have been playing vital roles in their communities’ humanitarian response. They must also be meaningfully involved in the planning and decision-making processes to make sure that their specific needs are met, especially those related to health, safety, and access to livelihoods.”

“Our rapid gender analysis allows us to consult directly with affected populations in order to accurately identify what specific needs different groups of people have, and how to best meet them,” said Sofia Sprechmann Sineiro, Secretary General of CARE International.