US authorities announced on Thursday that an American woman has been found alive in Oklahoma, more than four decades after she was lost when she was a baby, and asked for help in unraveling the mystery that still surrounds the murder of her parents.

“The child, Holly Clouse, has been located, she is 42 years old and alive and in good health,” Texas Assistant Attorney General Brent Webster said at a news conference.

“We are happy about that, but we still have a crime to solve,” he added.

The incident dates back to January 1981, when the bodies of a man and woman, the victims of an apparent double murder, were found in a wooded area of Houston, Texas.

Their identities were not known for forty years.

Advances in genetic genealogy made it possible in 2021 to identify the two victims, Tina and Harold Clouse, a Florida couple who had a little girl named Holly. 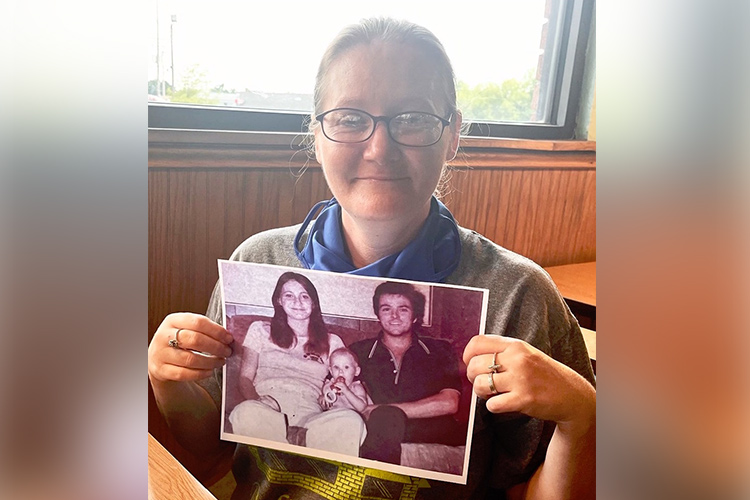 Holly Clouse, 42, holds a photo of her parents and herself as a baby.

The latter is the one that was found in the last hours.

She indicated that she was left in a church in Arizona and grew up in a family.

On the other hand, the police are looking for “two women who identify themselves as members of a religious group of nomads,” who had placed her in the church.

The Clouse family received a call in December 1980 or January 1981, from a woman who introduced herself as “Sister Susan.”

She confirmed that the couple joined her sect, wanted to cut ties with the outside world and get rid of their material possessions.

The sister asked for a sum of money in exchange of Harold Clouse car.

When two or three women in white dresses arrived with the vehicle, the police stopped them without finding anything suspicious, according to Webster, who called on the public to “help” to uncover the circumstances.

Meanwhile, the Clouse family was delighted to be reunited with Holly, and her aunt Cheryl Clouse said in a statement: “It is really comforting to know that she is doing well and living a good life.”

Fifth edition of Dalma Sailing Festival to begin from May 7