Anthony Albanese speaks to supporters at a Labor Party event in Sydney, Australia, on Sunday. AP

Australia’s Prime Minister-elect Anthony Albanese is a politician molded by his humble start to life as the only child of a single mother who raised him on a pension in gritty inner-Sydney suburbia.

He is also a hero of multicultural Australia, describing himself as the only candidate with a “non-Anglo Celtic name” to run for prime minister in the 121 years that the office has existed.

His friends pronounce his name “Alban-ez,” like bolognese. But having been repeatedly corrected over the years by Italians, the nationality of his absent father, he introduces himself and is widely known as “Alban-easy.” 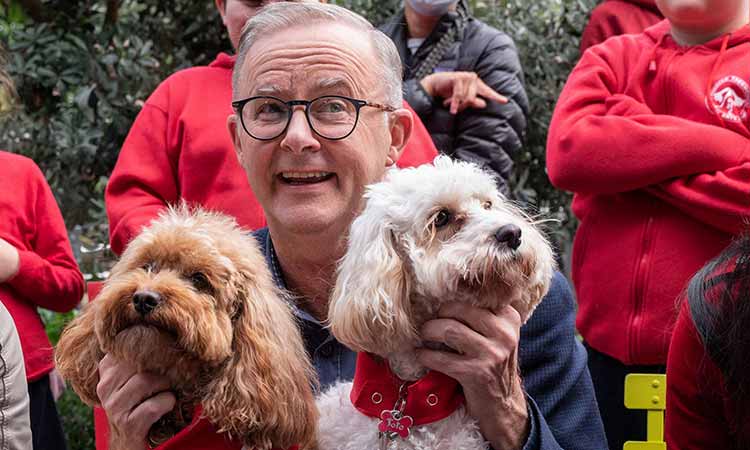 Anthony Albanese meets with supporters after winning the general election in Sydney on Sunday. AFP

He shared the stage during his victory speech with Senator Penny Wong, who will become foreign minister. Her father was Malaysian-Chinese and her mother European Australian.

Australia has been criticized for its overrepresentation in Parliament of offspring of British colonizers. Britain is no longer the major source of Australia’s immigrants since racist policies were dismantled in the 1970s. Around half of Australia’s multicultural population was born overseas or has an overseas-born parent. Chinese and Indians are now immigrating in large numbers.

Albanese has promised to rehabilitate Australia’s international reputation as a climate change laggard with steeper cuts to greenhouse gas emissions. The previous administration had stuck with the same commitment it made at the Paris Agreement in 2015: 26% to 28% below 2005 levels by 2030. Albanese’s Labor Party has promised a 43% reduction. 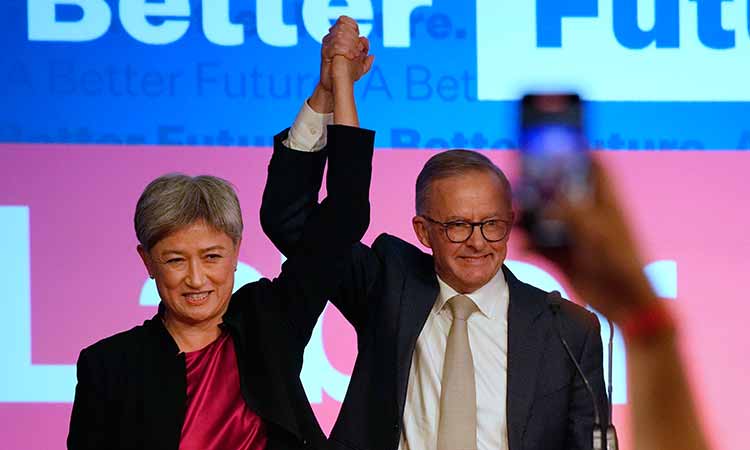 His financially precarious upbringing in government-owned housing in suburban Camperdown fundamentally formed the politician who has led the center-left Australian Labor Party into government for the first time since 2007. He is still widely known by his childhood nickname, Albo.

“It says a lot about our great country that a son of a single mom who was a disability pensioner, who grew up in public housing down the road in Camperdown can stand before you tonight as Australia’s prime minister,” Albanese said in his election victory speech on Saturday.

“Every parent wants more for the next generation than they had. My mother dreamt of a better life for me. And I hope that my journey in life inspires Australians to reach for the stars,” he added.