BAPS Hindu mandir laid the first stone of the first floor in Abu Dhabi on Friday.

The event marked a significant milestone in the construction of the temple.

According to the authorities the foundation and the ground floor consist of 14 layers of stone that have been completed thus gracing the start of the next stage in the construction.

The temple is scheduled to open its doors to public in 2024. 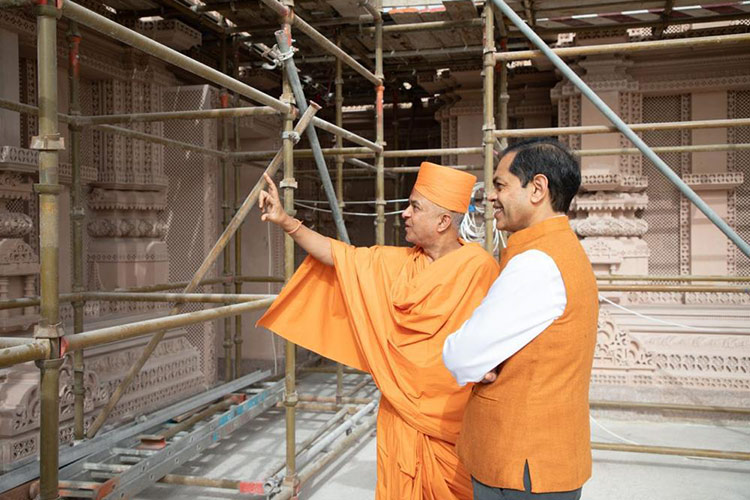 Sunjay Sudhir and Swami Brahmaviharidas inspect a design at the mandir.

The Ambassador of India to the UAE Sunjay Sudhir, community leaders and members of the congregation were also present for the milestone ceremony.

According the architecture plan, the construction of the first floor is important as it will shape the inner sanctum. 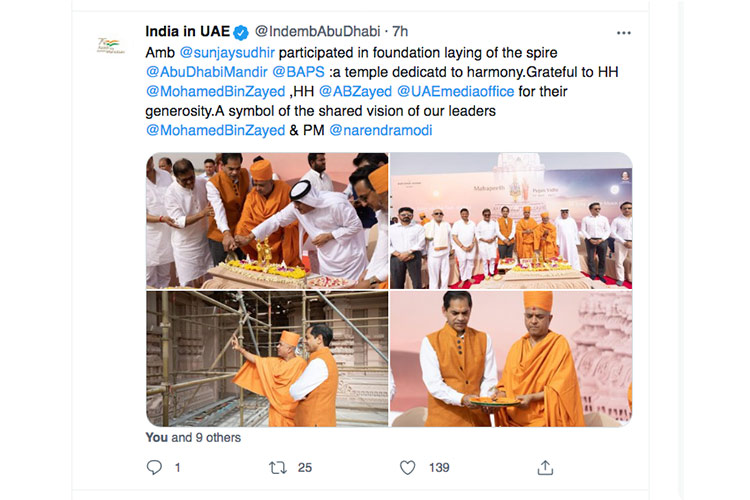 The inner sanctum is the central shrine in a mandir that houses the Deities.
The temple covers an area of 55,000 square meters.

It is alos said the temple will have an amphitheater, a library, a food court, a majlis and two community halls with a total capacity to seat 5,000 people.

According to the authorities, the place of worship will be 32 metres tall and it have seven spires to represent the seven emirates.

The design and floor plan of the temple was sent from India.

The temple walls will depict the lives of Hindu gods, along with friezes decorated with musicians, dancers, peacocks, camels, horses and elephants.

It was learned that the temple would have at least 30 planned of the elephant-headed god Ganesha. The steps leading to the temple will portray teachings from other ancient civilizations, such as the Mayans.

DEWA’s WETEX, Dubai Solar Show to be held from 27th to 29th September