Chahumukhi after her operation at a hospital. Courtsey: Twitter

Bollywood actor and philanthropist Sonu Sood once again proved that being a reel hero might give you fame and money but what is more satisfying is being able to change somebody’s life in real life.

This time the actor, who in past has selflessly helped hundreds, came forward to help a two-and-half-year old child from Bihar to get a new lease of life.

Chahumukhi was born with additional hands and legs in her body and her parents, who are labourers, were running pillar-to-post for financial help to get her treated. 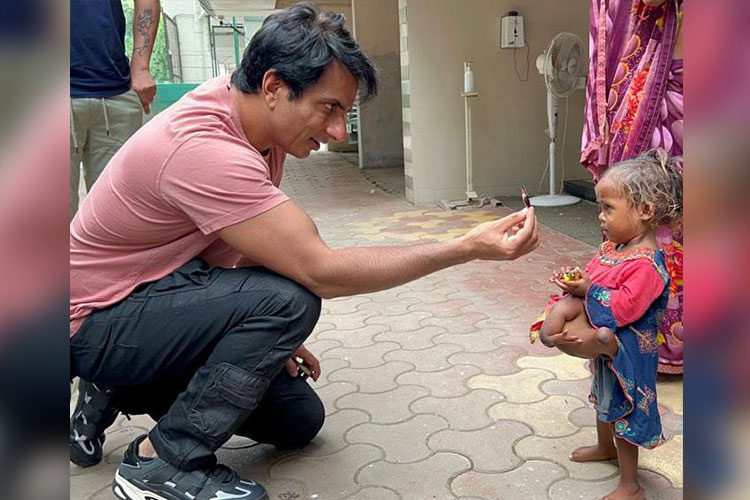 Her parents once visited the SDO office in Nawada seeking help for her surgery, though the effort didn’t yield anything substantial the video of the meeting on social media did reach Sonu Sood.

His team contacted the child’s parents and arranged for her surgery.

After the successful operation of the child, Sonu Sood tweeted a photograph of Chahumukhi who could be seen resting on the hospital bed.

The actor said: “One of the toughest surgeries of the country is successful.”