Pedestrians shelter from the sun on Westminster Bridge in London on Tuesday. AP

Britain recorded its highest ever temperature of 40°C on Tuesday as a heatwave gripping Europe intensified, scorching fields and damaging airport runways and train tracks.

The Met Office said the provisional record, which still needs to be confirmed, was recorded at 12.50 pm (1150 GMT) at London’s Heathrow Airport, surpassing the previous record of 38.7°C recorded in 2019.

At Farnborough, the world’s joint-biggest air show, executives sheltered from the sun while in one hall without air conditioning some attendees sprayed each other with mist. 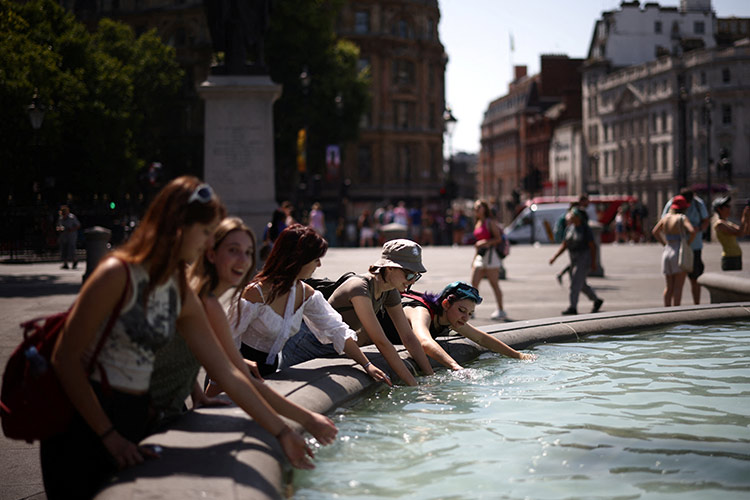 People cool off in a water fountain during a heatwave, at Trafalgar Square in London on Tuesday. Reuters

In shops, ice creams and cold drinks were selling out while fans, hoses and air conditioning units were in demand.

Such was the heat that Lord’s cricket ground said members no longer needed to wear a jacket, a day after the House of Commons said the same.

Britain, which can struggle to maintain key transport services in extreme heat or the snow, has been put on a state of national emergency over the unprecedented temperatures.

Transport minister Grant Shapps said it would be many years before Britain could fully upgrade its infrastructure to cope with higher temperatures, after at least two runways showed signs of damage and some train tracks buckled. 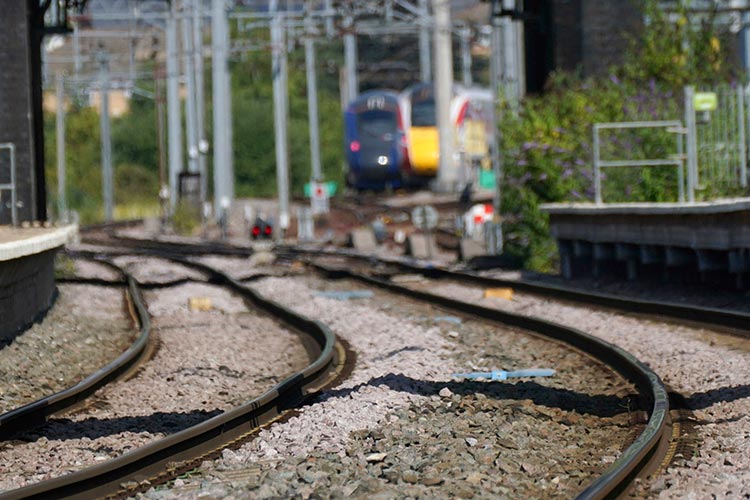 “We’ve seen a considerable amount of travel disruption,” he told the BBC.

“Infrastructure, much of which was built from the Victorian times, just wasn’t built to withstand this type of temperature.”

Electric fans cooled the traditional mounted troops of the Household Cavalry as they stood guard in central London in heavy ceremonial uniforms. Other guards reduced their duties. The capital’s Hyde Park, normally busy with walkers, was eerily quiet – except for the long lines to take a dip in the Serpentine lake.

Queen Elizabeth II carried on working. The 96-year-old monarch held a virtual audience with new U.S. ambassador Jane Hartley from the safety of inside Windsor Castle. 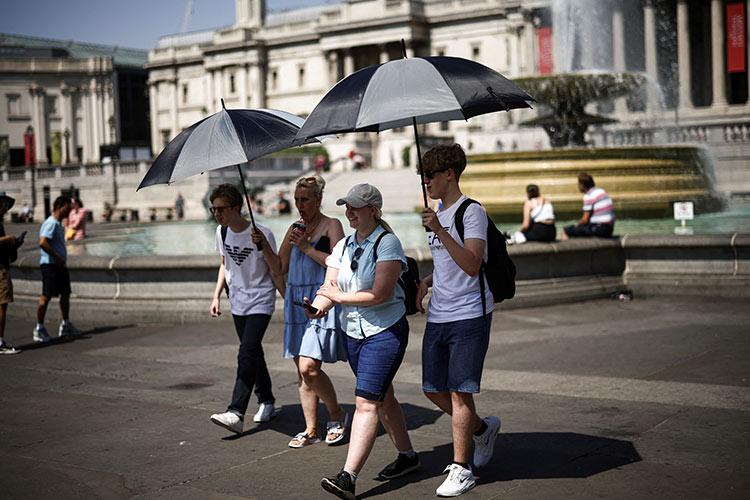 People carry umbrellas to hide in their shadow during a heatwave, at Trafalgar Square in London on Tuesday. Reuters

A huge chunk of England, from London in the south to Manchester and Leeds in the north, remained under the country’s first “red” warning for extreme heat Tuesday, meaning there is danger of death even for healthy people.

At least six people were reported to have drowned across the UK in rivers, lakes and reservoirs while trying to cool off.