A platform normally used by Southern Rail (right) is empty as passengers wait for a train in London. File/AFP

Britain’s railway network this week faces its biggest strike action in more than three decades in a row over pay as soaring inflation erodes earnings.

Rail union the RMT has said that more than 50,000 workers will take part in a three-day national strike, coinciding with major events including the Glastonbury music festival.

Schools are warning that thousands of teenagers taking national exams will also be affected.

The RMT argues that the strikes are necessary as wages have failed to keep pace with inflation, which has hit a 40-year high.

Jobs are also at risk with passenger traffic yet to fully recover after the lifting of coronavirus pandemic lockdowns. 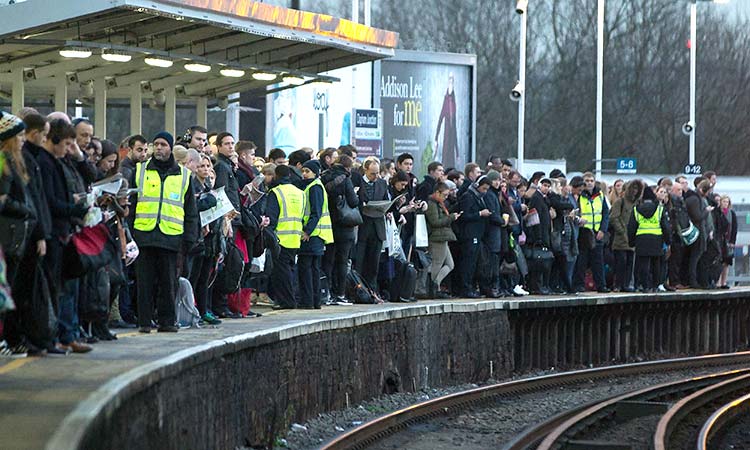 Commuters wait on a platform to catch a train toward central London at Clapham Junction station. File/AFP

Countries around the world are being hit by decades-high inflation as the Ukraine war and the easing of Covid restrictions fuel energy and food price hikes.

The strikes are planned for Tuesday, Thursday and Saturday in the biggest dispute on Britain’s railway network since 1989, according to the RMT.

The union has also announced a 24-hour walkout of its members on the Tube, London’s underground railway network, planned for Tuesday.

Rail operators, however, warn of disruption throughout the week — with lines not affected by strike action nevertheless reducing services.

“Talks have not progressed as far as I had hoped and so we must prepare for a needless national rail strike and the damaging impact it will have,” said Andrew Haines, chief executive of Network Rail, which looks after the country’s rail tracks. 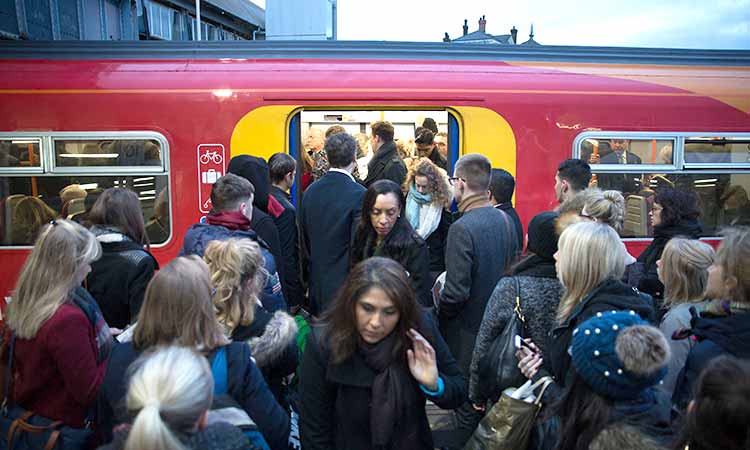 Commuters attempt to board a full Southwest Train carriage toward central London. File/AFP

“We, and our train operating colleagues, are gearing up to run the best service we can for passengers and freight users next week despite the actions of the RMT.”

The strikes will likely compound travel chaos in the aviation sector, after airlines were forced to cut flights due to staff shortages, causing long delays and frustration for passengers.

Thousands of workers were sacked in the aviation industry during the pandemic but the sector is now struggling to recruit workers as travel demand rebounds following the lifting of lockdowns.