A British journalist and a Brazilian indigenous expert have gone missing in a remote region of the Amazon rainforest after receiving threats, authorities and indigenous-rights groups said Monday, raising fears for their safety.

The pair had traveled by boat to Jaburu lake, in the northern state of Amazonas near Brazil’s border with Peru, and were expected to return to the city of Atalaia do Norte by around 9:00 am Sunday, two rights groups said in a statement.

Sri Lanka will need $5 billion in next six months for essentials: Prime Minister

The men had “received threats in the field” last week, said the groups, the Union of Indigenous Organizations of the Javari Valley (UNIVAJA) and the Observatory for the Human Rights of Isolated and Recently Contacted Indigenous Peoples (OPI).

They did not give further details, but Pereira, an expert at Brazil’s indigenous affairs agency FUNAI with deep knowledge of the region, has regularly received threats from loggers and miners trying to invade isolated indigenous groups’ land. 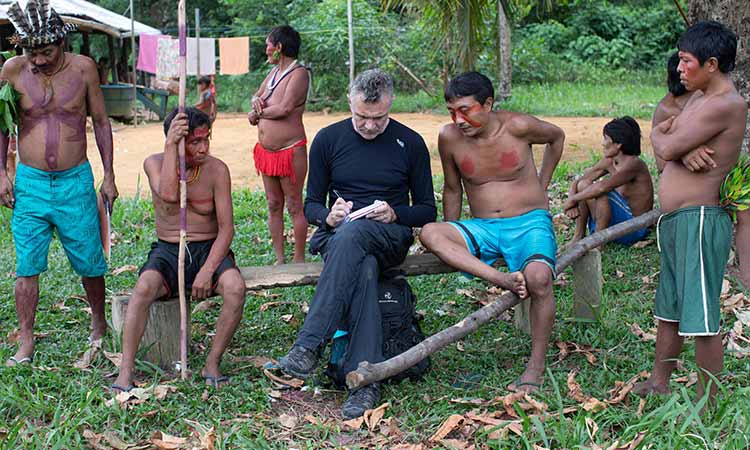 FUNAI told AFP it was collaborating with local authorities on the search effort. It added that Pereira was on leave from the agency “to pursue personal interests.”

Phillips and Pereira had traveled to the region around a FUNAI monitoring base, and reached Jaburu lake Friday evening, UNIVAJA and OPI said.

They started the return trip early Sunday, stopping in the community of Sao Rafael, where Pereira had scheduled a meeting with a local leader to discuss indigenous patrols to fight the “intense invasions” that have been taking place on their lands, the groups said.

When the community leader did not arrive, the men decided to continue to Atalaia do Norte, about a two-hour trip, they said.

They were last sighted shortly after near the community of Sao Gabriel, just downstream from Sao Rafael.

The pair were traveling in a new boat with 70 liters of gasoline — “sufficient for the trip” — and were using satellite communications equipment, the groups said.

The federal prosecutors’ office said it had dispatched police to investigate and activated a search operation, to be led by the Brazilian navy.

Two initial searches by indigenous locals “with extremely good knowledge of the region” have found no trace of the men, said UNIVAJA and OPI.

According to the newspaper O Globo, two fishermen were arrested by the police on Monday night, including a person with whom the two men had an appointment. The paper did not specify if it was the local leader in Sao Rafael who never showed.