People gather near the house where the murder took place.

In a horrifying incident, a mother killed her three children, and then attempted to commit suicide in Egypt.

Extensive investigations into the heartbreaking incident are undergoing by the Egyptian Public Prosecution.

The incident that took place in a village in Daqahlia Governorate, Egypt, claimed the life of three children (Ahmed 10, Anas 5, and Somaiya 1) who were murdered by their mother before she attempted suicide by jumping in front of a tractor.

The accused confessed in a letter that she had written to her husband before the incident to committing the crime. 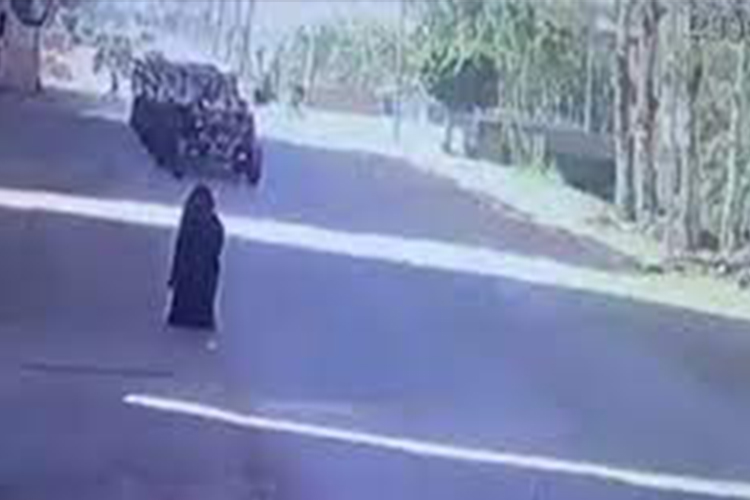 She explained that — despite her decent life — she was severely depressed after the birth of her third child, which led her to think about ending her and their life believing that she is sending them to the paradise.

The investigations have concluded that she has confessed to committing the crime due to a state of depression that prompted her to commit it, Egyptian local media reported.

On Monday morning, the Public Prosecution received a report that an unidentified woman had been admitted to the hospital with injuries and ruptures in the blood vessels and was unconscious due to a traffic accident. 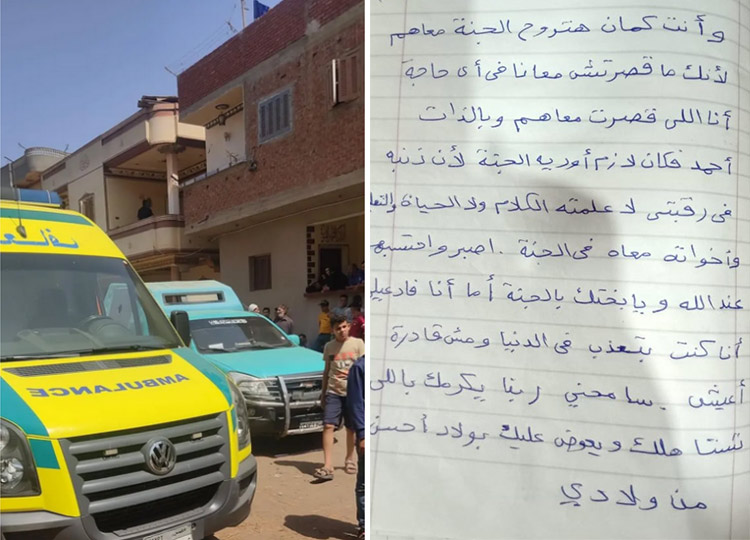 A combo image shows the letter left by the mother.

Then, another report forwarded to the Public Prosecution after the police had examined footage surveillance cameras installed in the vicinity of the incident stating that the victim had thrown herself under the wheels of a tractor.

Simultaneously with that, the Monitoring and Analysis Unit at the Attorney General’s Office monitored news and found that the woman committed suicide after killing her three children.