Dr. Al Gurg also participated in the “Investing Early: Transforming Early Childhood Development” side event that was hosted by Theirworld.

As a key strategic partner to the UN Transforming Education Summit, Dubai Cares, a civil society organisation formally associated with the United Nations Department of Global Communications (UN DGC), made significant contributions to the event’s Pre-Summit that took place in Paris from 28 – 30 June, 2022 at Unesco.

The Pre-Summit was hosted in the run-up to the Transforming Education Summit that will take place during the 77th UN General Assembly in New York in September 2022. The Summit will be convened by the UN Secretary-General António Guterres to mobilise action, ambition, solidarity and solutions with a view to transform education between now and 2030 and beyond.

Dubai Cares’ close strategic involvement in the Pre-Summit stems from the UN’s strong endorsement of the RewirEd Summit, with its Deputy Secretary-General, Amina Mohammed, referring to the global gathering as the ‘building block’ for the Transforming Education Summit and inviting the global education community to continue the conversation started by the RewirEd Summit, at the Transforming Education Summit. 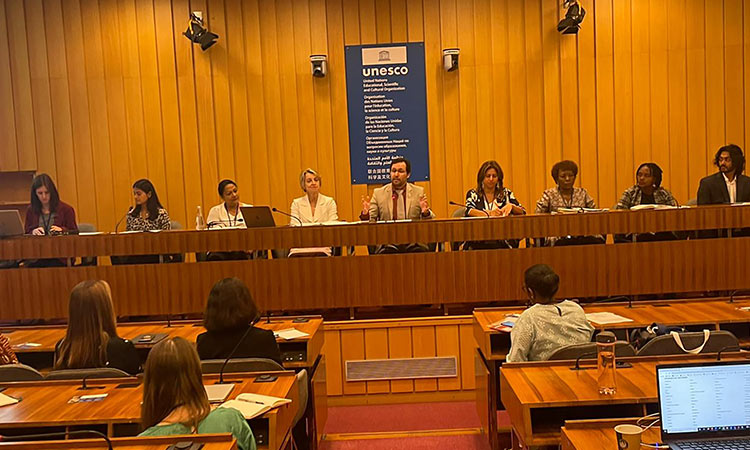 Rewiring Education for People and Planet.

Attended by over 150 ministers and more than 2,000 participants, the objective of the Pre-Summit was to serve as a global moment to galvanise further support for transforming education and shaping the agenda for the main Summit in September through a shared vision and multilateral approach.

Commenting on the impact of the Pre-Summit, Dr. Tariq Al Gurg, Chief Executive Officer and Vice-Chairman of Dubai Cares, said: “The education sector is at a pivotal moment as a result of the complex and ever-expanding issues facing humanity today. One of the biggest lessons that has emerged from the current state of affairs is that strong coordinated action is key to tackling the challenges facing the education sector globally. And this was clear when we hosted the RewirEd Summit where the entire global education community collectively voiced the need for greater unity and collaboration to rewire education in ways that will make it more resilient, relevant and future focused. This is truly education’s moment and we must all make the most of it for the betterment of humanity.” 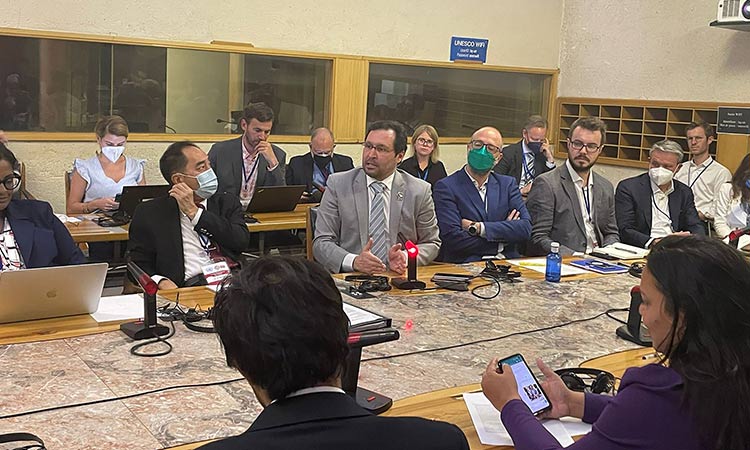 Towards a Coalition for Action on Digital Public Resources for Education.

As part of Dubai Cares’ engagements at the Pre-Summit, Dubai Cares co-organised a high-level and consultative session with the Education Commission and partners on RewirEd’s draft outcomes report, named “Rewiring Education for People and Planet” that will play a central role and feed directly into the Transforming Education Summit. The meeting took place in the presence of a high-level panel including María Juliana Ruiz Sandoval, the First Lady of Colombia; Dipu Moni, Minister of Education, Bangladesh; Ms. Agnes Nyalonje, Minister of Education, Malawi; Premila Kumar, Minister for Education, Heritage and Arts, Fiji; and Dr. Liesbet Steer, Executive Director, Education Commission in addition to other prominent speakers from the floor representing organisations such as World Food Programme (WFP) and School Meals Coalition, as well as ITU. The discussion centred on mobilising support for the six “win-win” solutions for education, that have been catalysed by discussions at the RewirEd Summit and then explored how these solutions could be taken forward by governments and other key players within the education space. The final “Rewiring Education for People and Planet” report will be launched at the Transforming Education Summit.

Moreover, Dr. Al Gurg, along with other high-level actors including ministers as well as heads of UN agencies, participated in the “Transforming Education Together” panel discussion as part of the Pre-Summit’s Ministerial Segment. He emphasised that a new global education ecosystem is the answer to rewiring education with connectivity being one of the main enablers for a renewed global approach to learning. Dubai Cares’ Framework for Global Education Transformation has been firmly positioned as an ecosystem that all governments should consider as the guiding framework for their educational transformation journey.

In addition, Dr. Al Gurg highlighted the importance of the operationalisation of the RewirEd Global Declaration on Connectivity for Education of Unesco in the “Digital Public Resources for Education” side meeting.

Dr. Al Gurg also participated in the “Investing Early: Transforming Early Childhood Development” side event that was hosted by Theirworld, where he emphasised the importance of global collaboration towards early childhood development as well as having the Dubai Declaration on ECD of Unicef as the global vehicle for that change to happen.