Things changed when a mouse corpse was exposed to similar conditions and forensic experts observed the species of insects that came into being and fed on the dead rodent.

The General Department of Forensic Science and Criminology at Dubai Police has successfully determined the time of death of an unidentified, decomposed body found in an abandoned building in Dubai with the help of a specialised forensic entomology database.

The database, developed in collaboration with NSF International, relies on the scientific application of insects and other arthropods in the criminal investigation. Insects or arthropods are usually found in decomposing vertebrate corpses or carrions.

Due to the decomposed state of the corpse, coroners could only estimate an approximation of the time of death. However, a more accurate estimation was provided by Dubai Police forensic entomologists, who stated that the corpse’s time of death was 63 hours and a half from discovering the body.

Ministry of Interior stops all drones activities in UAE

The Dubai Police forensic entomologists based their statement on the force’s specialised forensic database of insects that inhabit the emirate’s environment. The database hosts information on insects’ larvae morphology, growth histories, species distribution and toxic contents in their tissue and how they change according to each stage of decomposition.

Major General Ahmad Eid Al Mansouri, Director of the General Department of Forensics and Criminology, emphasised the importance of introducing forensic entomology in the criminal investigation. He noted that studying insect population and larval stages enables the police to estimate the postmortem index, any change in the position of the corpse, and even the cause of death. 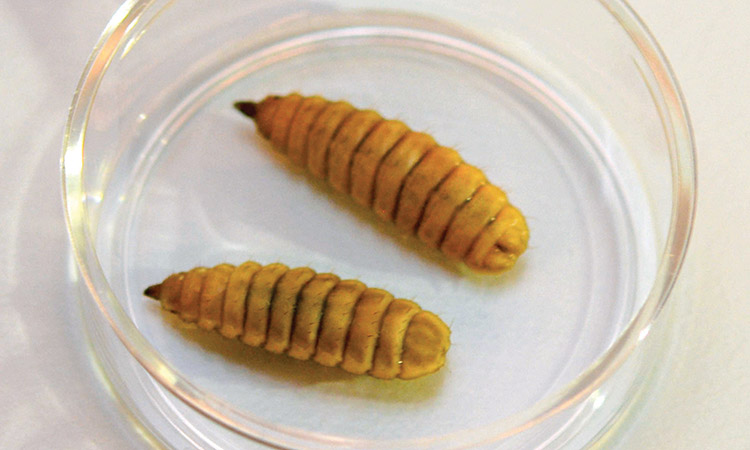 Studying the larval stages enables the police to estimate the postmortem index, even the cause of death.

“The time of death, or the time interval between the death and corpse’s discovery, aka postmortem index (PMI), can be estimated from insect colonisers found on corpses,” Maj. Gen. Al Mansouri continued.

“Forensic entomologists can also determine and detect any alterations to a corpse’s position, manner and cause of death, which can help investigators find leads to close cases and provide reliable and scientifically proved evidence for court,” Maj. Gen. Al Mansouri added.

Captain Dr Sarah Ali Al Maqhawi, Head of the Medical Examination Department at the Forensic Medicine Department and Head of the Strategic Project to Develop a Forensic Entomology Database, said the team had started conducting experiments to collect data from dead mice that were exposed to different geographical environments and climates.

“We distributed corpses of mice in mountains, shores, deserts, industrial areas and populated cities. We then put these under close monitoring, studied insects that fed on the mice over the decomposition process, made notes on how the environment variable affected the dead creatures and recorded the insects’ larvae stages,” Cap. Al Maqhawi added.

“These experiments contributed greatly to the Dubai Police forensic entomology database and enriched our knowledge on the link between policing and entomology,” she stated.

The head of the Medical Examination Department explained further that the body found on the abandoned building was not reported and was challenging to identify.

“Determining the time of death was crucial for the investigations of the case as the body had neither been reported nor unidentifiable,” she continued. 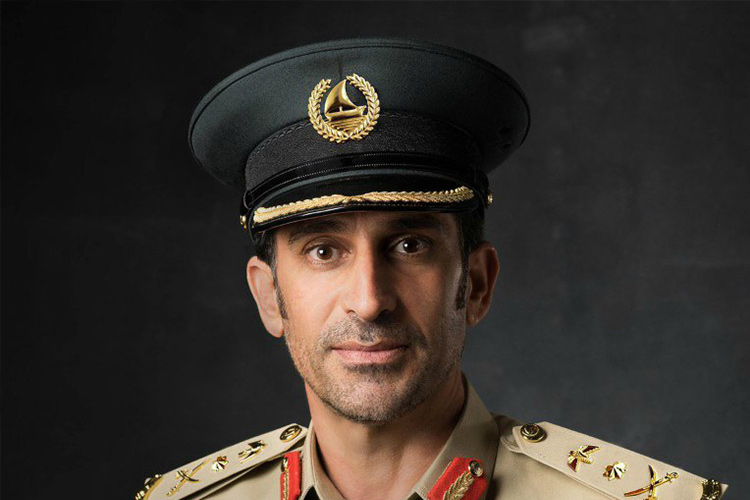 “In forensics, we normally give an approximate time of death for decomposed bodies, and in this case, a few days was our best estimation. However, things changed when we exposed a mouse corpse to similar conditions and observed the species of insects that came into being and fed on the dead rodent and waited until they evolved into the same larvae stage of the man’s corpse in time of discovery,” she added.

“Thanks to this experiment, we were able to give an accurate time of death of 63 hours and 30 minutes,” she concluded.

Lieutenant Hussein Al Marzouqi, Assistant to Biologist Expert, Scientific and Field Supervisor of the Forensic Entomologists Team, confirmed that the team had identified 21 species that feed on corpses over a year of continuous experiments. The team made sure the corpses under study were exposed to all climate conditions throughout the year and across different geographical locations in the emirate.

“In one of the experiments, we left a dead mouse in a desert area. When the decomposition stage reached the bones, we presented the remains to forensic experts who believed the corpse had been left at least in the desert for three months. However, the state of that the rodent reached took only three weeks,” Lt. Al Marzouqi explained.

“This could not have been possible if we weren’t aware of one type of ants called ‘Camponotus Fellah’, which inhabits the Middle East deserts and feeds on corpses and leaves them in a state that confuses forensic experts and investigators when determining the time of death,” he elaborated.

According to Lt. Al Marzouqi forensic entomology has been utilised in policing for decades in the United States and Europe.

“There is a comprehensive and large database of hundreds of insect species that feed on dead flesh available for forensics in different parts of the world. We should have one that focuses on Arab regions and their environmental conditions and climates,” Lt. Al Marzouqi advised.

The scientific and field supervisor of the Forensic Entomologists Team confirmed that the Dubai Police are committed to completing the project by the end of the second quarter of this year. He indicated that experiments and monitoring of corpses with thermal cameras are ongoing with weekly field visits and data collection.

“This project will revolutionise the scientific scene in the region with a comprehensive database that could be used to solve the mysteries of many criminal cases,” Lt. Al Marzouqi added.

It is worth noting that in 2018, Dubai Police introduced a specialised forensic entomology database that provides the force’s investigators with solid scientific evidence whenever required.

The database, which was developed in collaboration with NSF International, relies on the scientific application of insects and other arthropods in the criminal investigation. Insects or arthropods are found in a decomposing vertebrate corpse or carrion.

The database aids Dubai Police forensic experts using forensic data based on insects and their larvae morphology, growth histories, species distribution and toxic contents in their tissue in a criminal investigation.

This came after only a year after 22 of Dubai Police’s forensics experts, biologists, DNA experts, toxicologists, and crime scene officers took part in an interactive Forensic Entomology course. The course included a practical scenario for the presence of larvae, insects and eggs according to the natural environment of the United Arab Emirates, as well as preparing animal samples that were developed in two ways, including samples from the internal environment, specifically at the temperature of houses and rooms, to determine the actual time of production of larvae.