The father, Shad Hussein, was all praise for the Dubai Police for granting him the precious chance of meeting his son.

Dubai Police have recently reunited an Indian father with his five-year-old son after ten months of separation due to a family dispute. The force has also helped the parents applicably overcome their conflict and seek what is best for the child.

According to Brigadier Dr Tariq Muhammad Noor Tahlak, Director of Naif Police Station, the boy’s parents had lived together in their homeland when they faced some marital conflicts, and the mother decided to come to Dubai with her son.

“Once she arrived at her parents’ home in Dubai, the mother refused to let her son speak or communicate with his father, who was financially unable to get a UAE visit visa to come and see his child,” Brig. Tahlak said.

Brig. Tahlak added that after ten months, the father became financially stable and decided to come to the UAE, hoping to see his little boy and have a chat after the long separation. 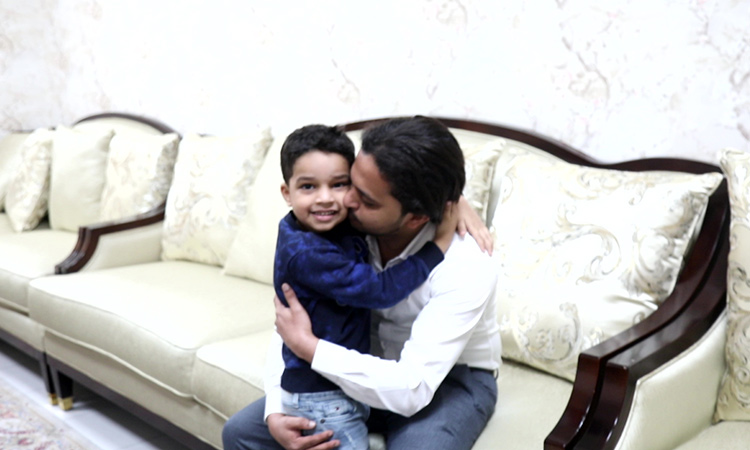 “The man sought the help of his father-in-law to convince the boy’s mother, who insisted on not allowing him to see his son, not to involve the child in the marital dispute. The father-in-law tried his best to talk his daughter into changing her mind. However, she refused the advice and insisted on her decision,” he continued.

Brig. Tahlak further explained that eventually, the father-in-law decided to seek Dubai Police’s assistance in amicably talking the mother into changing her mind and seeking what is best for her little one. He confirmed that they contacted the mother and succeeded in persuading her to allow the father to see his son after they had reminded her that this right is guaranteed by international and local laws as well as the Sharia.

“We explained to the mother that children’s rights must be respected, and children should never be involved in family disputes. We also reminded her that the UAE’s federal law on children’s rights, aka (Wadeema law), obliges both parents to respect the full rights of their children,” he said.

The father, Shad Hussein, expressed his thanks and gratitude to the Dubai Police, especially the victim support team, who professionally handled the family’s ordeal and granted him the precious chance of meeting his son.