Dubai Police volunteers pose for the photo during their expedition to Mount Everest.

As part of the Dubai Police community-based initiative “Positive Spirit,” 20 volunteers from the Dubai Police, in cooperation with Navy DXB fitness club, have recently climbed the summit of Everest, the earth’s highest mountain.

Brigadier Khaled Shuhail, Director of the General Department of Community Happiness in Dubai Police, Chairman of the Positive Spirit Initiative Committee, praised the climbers’ efforts who contributed to achieving the initiative’s goal. 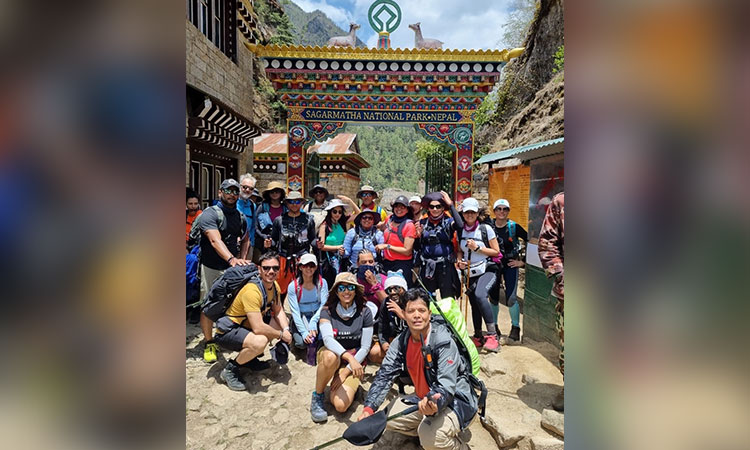 A group photo of the Dubai Police volunteers with locals in Nepal.

He stressed that the objectives of the initiative include instilling the sports culture and utilising sports as an effective social tool to educate the youth on the values, good morals and authentic traditions of the society.

“This event promotes the objectives of the “Positive Spirit” initiative organised by the Dubai Police under the directives of Lieutenant General Abdullah Khalifa Al Marri, Commander-in-Chief of Dubai Police,” Brig. Shuhail added.

282 killed, over 200 injured as heavy rain continue to wreak havoc in Pakistan