From L to R: A worker carries a goat; a worker prepares slaughtered animals; a worker watches goats inside an enclosure at an abattoir in Al Qouz, Dubai, on Thursday. AFP

Veterinarians are called in to inspect the sheep at an abattoir ahead of one of Islam’s major holidays in Dubai, where the municipality is encouraging residents to use smart apps to order the sacrificial animals.

Muslims during Eid Al Adha, which falls in July this year to mark the end of the Hajj pilgrimage season, traditionally buy a whole sheep to be slaughtered and distributed among friends, family and the poor. 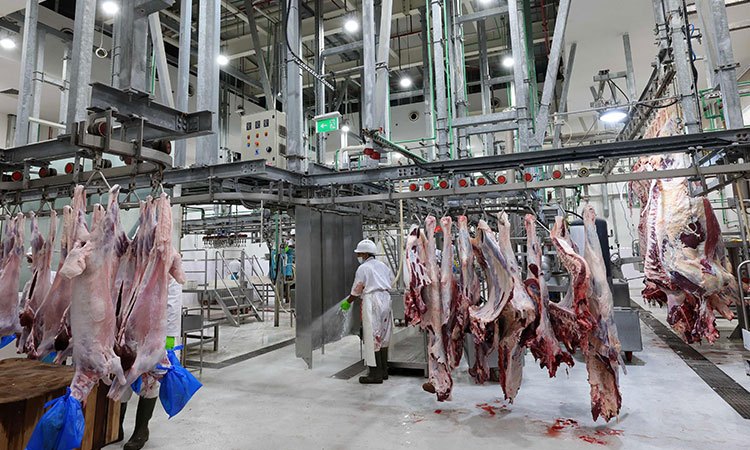 A worker prepares slaughtered animals for delivery or pick-up at an abattoir in Al Qouz Industrial Area in Dubai. AFP

Demand, however, is all-year round in the Muslim emirate, with mask-clad workers at the abattoir in Al Qouz industrial area — one of many in Dubai — seen slicing and cleaning the meat for delivery or pick-up.

To avoid overcrowding at the facility during the Eid, Dubai officials have urged people to use smart apps to make their orders, as the emirate witnesses a new wave of coronavirus infections.

Through the apps, residents can put in their orders for slaughter, have it delivered or even distributed to local charities.

While such apps are not widely available in Muslim countries, they have been used in some countries such as Pakistan. Dubai has seven apps, said officials. 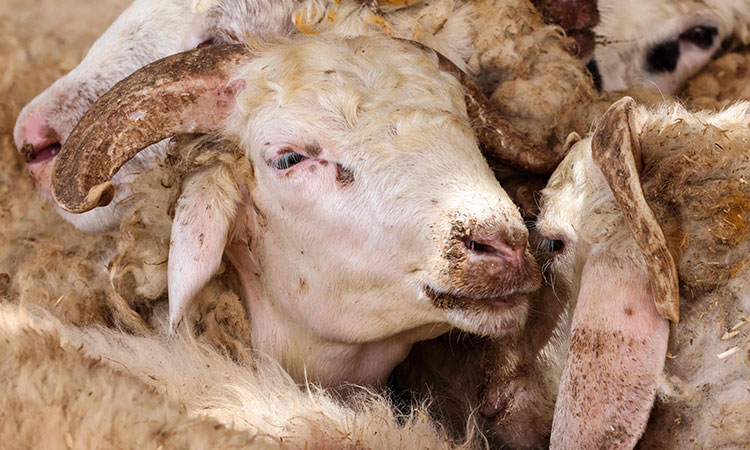 Sheep are pictured inside an enclosureat an abattoir in Al Qouz Industrial Area in Dubai. AFP

Ali Al Hamadi, Director of Public Health Services at Dubai Municipality, said deliveries through the apps are made “within one or two hours, saving people time and energy.”

“In the past two years, due to COVID-19, many have resorted to using smart apps, as precautionary measures are still needed, and we have to take that into consideration,” he said.

Fayez Al Badr, in charge of one of Dubai’s smart apps, said customers can “order the type of slaughter, its age, and can, through the app, pay and have it delivered in a refrigerated van.” 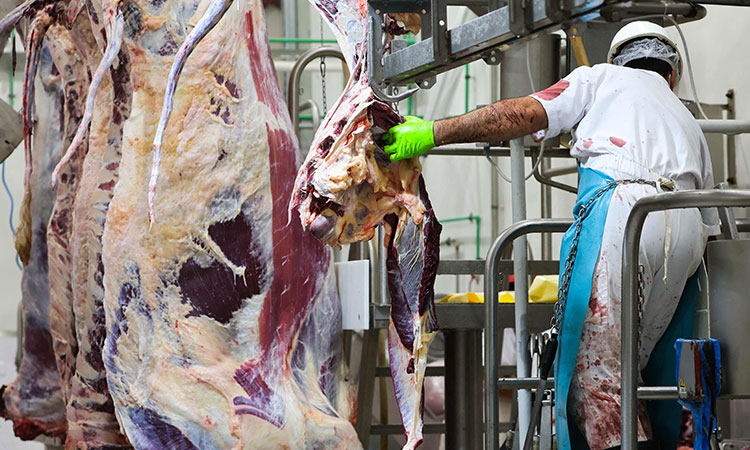 A worker prepares slaughtered animals for delivery or pick-up at an abattoir in Al Qouz Industrial Area in Dubai. AFP

The UAE warned earlier this month that people must follow its anti-COVID measures including wearing masks indoors or face heavy fines, after cases more than doubled in a week. 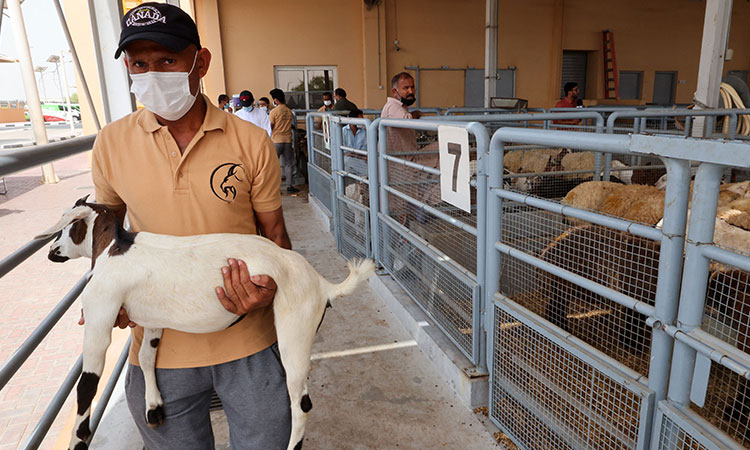 A worker carries a goat at an abattoir in Al Qouz. AFP

Muslims mark Eid by buying sheep and goats to slaughter in the annual ritual that stems from the story of the Prophet Abraham (PBUH), commanded by God to slaughter his beloved son Ishmael as a test of his faith.

Sheep are slaughtered, in reference to the lamb that God provided for sacrifice instead of Ishmael.

Ramadan a perfect occasion to commemorate