Firefighters rescue a person for the vehicle.

The Chinese electric car startup company known as “Niu Technologies” announced that its car fell off the third storey parking of a building in Shanghai, claiming the lives of two people.

Investigation revealed that a Niu ET5 (or ET7) is suspected to have rushed out of the parking lot, lost control and fell to the ground.

Firefighters were in place when the picture was taken, and there were people in the car but no fire broke out.

According to local media, a person claiming to be familiar with the situation commented on the social platform, saying that an engineer was testing the operation of the vehicle when the accident occurred, and the vehicle was located on the third floor parking of the building.

The company explained that it instantly started an investigation into the incident, in cooperation with the Public Security Department. 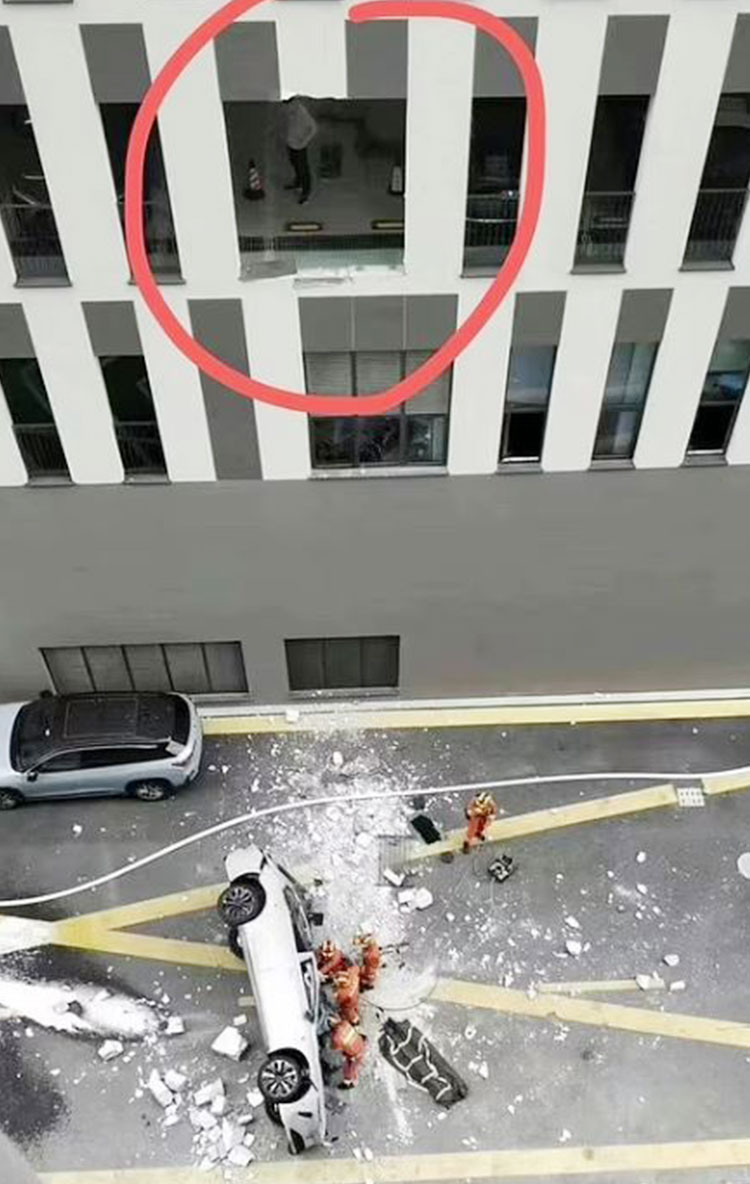 A photo shows the damages to the third floor parking lot.

The post was deleted only minutes after it was published, and the company said after inspecting the scene; the incident was not caused by problems or defects in manufacturing of the car.

It is equipped with the latest autonomous driving technology NAD (Niu Autonomous Driving) in the NIO system.

Media reported that ET5 will gradually be tested in high-speed, urban, parking, battery swap and other scenarios.

In the first two quarters of 2021, Niu ranked first in the new electric vehicle list with 20,060 and 21,896 deliveries respectively, but in the following two quarters, Xpeng Motors and Li Auto delivered 25,666 and 25,116 vehicles respectively.