A volunteer hands chocolate bars to a child as refugee fleeing conflict in Ukraine arrive at the Medyka border crossing in Poland on Sunday. AP

“I think we need to prepare for millions,” she told reporters in Brussels, adding she was in favour of activating the EU’s temporary protection directive to provide shelter for those people coming to the EU.

In 2001, the directive was the EU’s response to the mass influx of displaced people during the wars in Yugoslavia and Kosovo. Under its rules, displaced people from non-EU countries are granted immediate and temporary protection.

Tens of thousands of Ukrainians have fled their country since Russia invaded on Thursday. 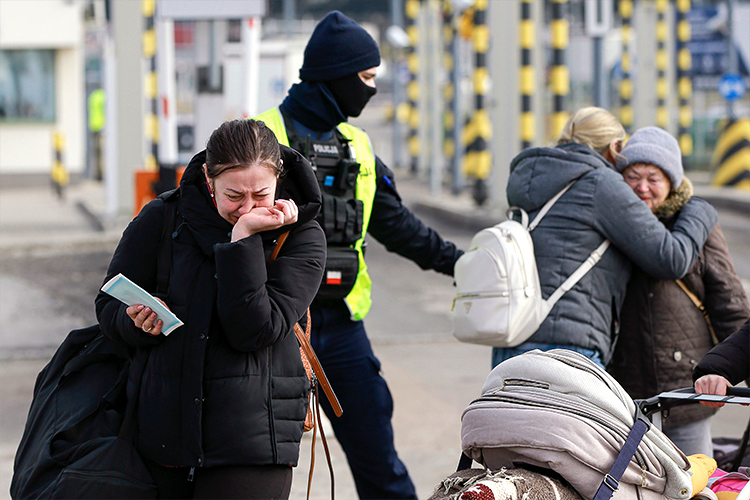 Family members hug as they reunite, after fleeing conflict in Ukraine, at the Medyka border crossing in Poland. AP

The United Nations’ refugee agency, UNHCR, said it is planning to deal with up to four million if the situation worsens.

While 90 per cent of the refugees are being put up by friends or relations, nine reception centres are also being set up close to the frontier. 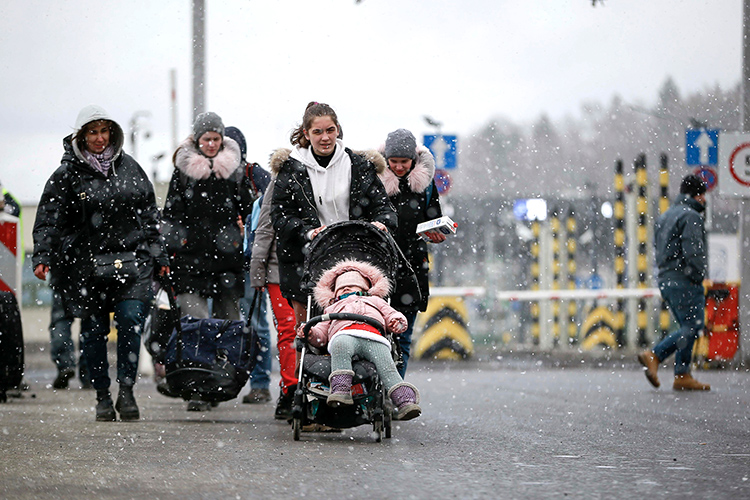 Refugees fleeing conflict in Ukraine make their way through snow blizzard, at the Medyka border. AP

Of the 47,000 Ukrainians who have crossed into Romania since Thursday, 22,000 have already gone on to other countries, the government says.

Some 71,000 Ukrainian refugees have crossed into Hungary since the invasion, says the country’s interior ministry. At least 70,000 Ukrainians have also crossed into Moldova, with the UNHRC’s central Europe chief Roland Schilling hailing the small nation for its response to a “heartbreaking situation.” 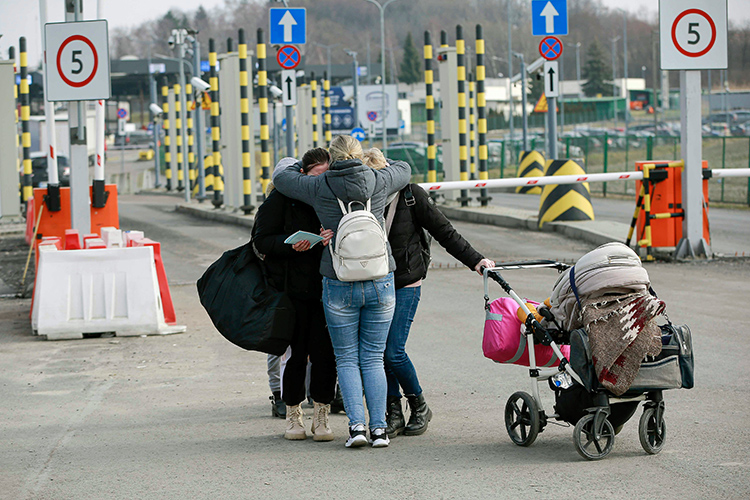 Family members hug as they reunite at the Medyka border crossing in Poland. AP

More than 12,400 Ukrainians have crossed into Slovakia in the last 24 hours, the Slovak ministry of interior said, with 6,514 between midnight and 6 am alone. Some 160,000 people are thought to be internally displaced within Ukraine.