The Philippine Overseas Labour Office in Al Qusais, Dubai which has a daily footfall of at least 500, is upgrading its online services. John Varughese / Gulf Today

Filipinos are advised to check and read updates as well as advisories on the Philippine Overseas Labour Office in Dubai (POLO-Dubai) website than entertain private messages, calls and even alerts over social media sites regarding the ease of services.

Labour Attache in Dubai and the Northern Emirates John Rio Bautista raised the importance of going over credible sources of information in a recent interview. Aside from the orientation to the second batch of the implementation of the online submission of all required documents for the job contract verification (JCV), Gulf Today also asked about the discovery of fixers who con fellow Filipinos of Dhs100 to Dhs250 for fake online appointment schedules for their JCVs and counterfeit airline tickets.

Bautista said 20 victims had so far volunteered and submitted written testimonies of the modus operandi before POLO-Dubai.

One discrepancy unearthed was that the gender of the JCV applicant and the name on the bogus airline ticket did not jive. Another was that the departure and arrival dates of the JCV applicant from Dubai to Manila respectively were one month apart. The source who requested anonymity commented, “The departure date of the applicant was June. His arrival date in the Philippines was July. So our kababayan (countryman) would be on air for one month before he lands back home. 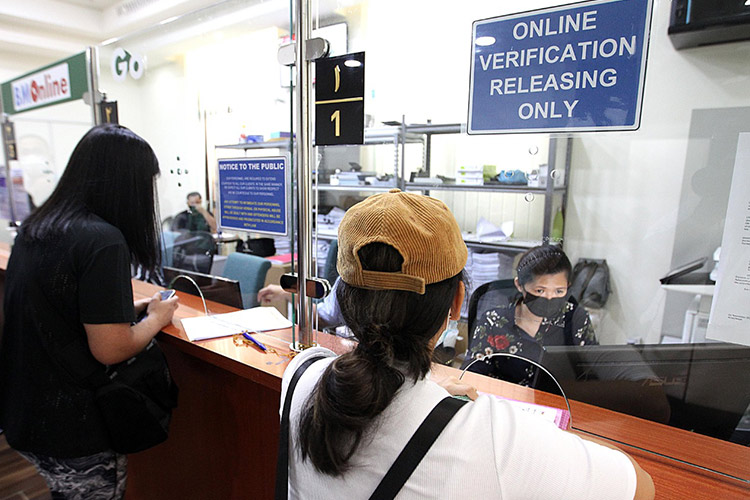 “Do not trust what is posted (over all social media sites). So you would know exactly what our government requires from all documented overseas Filipino workers-OFWs-and the reasons behind these, please check our website. All the required documents and the step-by-step procedure with graphics are on our website,” Bautista said in Filipino, adding that all JCV applicants only have to pay Dhs40 for their reviewed and stamped JCV, copies of which shall be included in the database of the Philippine Overseas Employment Administration (POEA).

He stressed, “We advise everyone not to deal with these fixers because if they do, they are on the wrong side of the law. Submitting fake documents to POLOs has a criminal liability. We may file a disciplinary action against them at the POEA. They may be banned from overseas employment.”

An attached agency of the Department of Labour and Employment (DoLE) POEA which oversees the “overseas employment programmes of the Philippines” as it is mandated to protect and safeguard the rights and welfare of OFWs worldwide, shall be transferred – alongside other DoLE agencies namely all the 32 POLOs across the globe, the National Reintegration Centre for OFWs, National Maritime Polytechnic, the Overseas Workers Welfare Administration, and the International Labour Affairs Bureau; the Office of the Undersecretary for Migrant Workers Affairs of the Department of Foreign Affairs; and the Office of the National Social Welfare Attache under the Department of Social Welfare and Development – to the newly-created Department of Migrant Workers targeted to operate beginning 2023.

The lawyer with 20 years of experience at the POEA before his first overseas deployment in Dubai since 2021, said one fixer who had duped a JCV applicant was immediately referred to the Dubai Police. The JCV applicant had no prior online appointment, was outside the POLO-Dubai in Al Qusais and was approached by the suspect who asked for Dhs200 for a fake airline ticket.

Meanwhile, in a Zoom meeting on JCV and Overseas Employment Certificate concerns of Filipinos in Dubai and the Northern Emirates, a participant who was among the most recent visitors with confirmed appointments at POLO-Dubai, shared at one point: “There was a fixer when I was there.”

Based on the submitted 20 written testimonies, the sinister operations began in April, allegedly conducted by Filipinos working in “travel agencies, typing centres and there were even friends with one name of a lady popping up.”

“The victims were instructed to remit their payment to the UAE bank account of the Filipina so they would be assured of an online appointment for their JCVs. That is how detailed it is,” Bautista said.

He had earlier said, “We have enterprising and exploitative kababayans who encourage our clients who could not get online appointments for their JCVs to deal with them. What triggered our investigations was the make and kind of paper used for the online appointments and the airline tickets presented to us. We counter-checked by having the suspected victims present receipts, asked them to check-in online. We also called up the airline companies. As for our online appointment system for the JCVs, they are not listed.”