Jail officials and security forces gather outside a jail that suffered a deadly fire in Tulua, Colombia, on Tuesday. AP

At least 52 inmates were killed and 26 more injured early Tuesday after a fire broke out during a prison riot in southwestern Colombia, the national prisons agency said.

The director of the national prison system, Tito Castellanos, told Radio Caracol that it’s not clear if all of the dead were prisoners.

“We have treated a total of 26 injured and the number of deaths is 52,” Cristina Lesmes, head of the health department in Valle del Cauca, said on Twitter.

“We have people in very serious condition with extremely extensive burns,” she said. 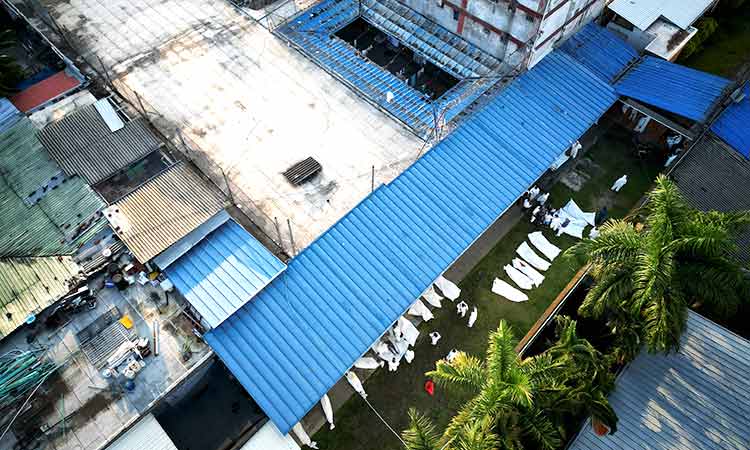 Forensic investigators stand by body bags after a deadly fire at a prison in Tulua, Colombia, on Tuesday. AP

Justice Minister Wilson Ruiz said two inmates had a fight and one of them set fire to his mattress, starting the fire.

Ruiz added that more than 20 inmates were being treated for injuries in hospital, and said that two prison guards sustained minor injuries.

President Iván Duque expressed condolences to the families of those who died and said he had ordered investigations into the cause.

The tragedy occurred when rioting inmates set a fire at around 2am, attempting to prevent police from entering their enclosure at the prison in the city of Tulua, said Tito Castellanos, director of the National Penitentiary and Prison Institute (INPEC).

Castellanos had earlier given the “riot” death toll as 49 with another 30, including six prison guards, “injured and affected by the blaze and the smoke.”

The prison, which holds more than 1,200 inmates, was surrounded by police and soldiers. 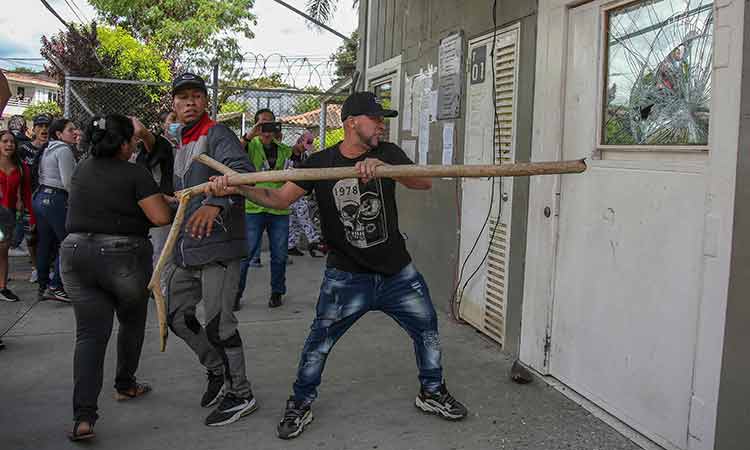 Relatives of inmates break a window of the prison in Tulua, Colombia, on Tuesday. AFP

“By setting mattresses alight, they had not gauged what the consequences could be and unfortunately this happened,” Castellanos told Radio RCN.

He said the blaze had been brought under control by fire fighters.

By evening, forensic teams had entered the prison to try to identify the bodies.

Outside the prison, dozens of family members gathered hoping for information on their loved ones.

A prison official gave an initial list of survivors to those waiting.

“I don’t know anything, INPEC won’t let us in,” a tearful Maria Eugenia Rojas, whose son Luis Miguel Rojas is an inmate in the pavilion where the riot happened, told Caracol television.

Lorena, who did not give her surname, told the El Tiempo newspaper that she had spoken to her inmate partner at dawn. 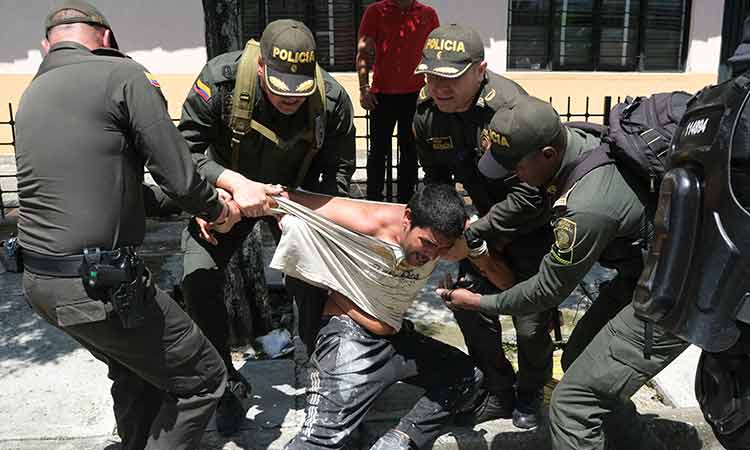 Police detain a man as the relatives of inmates push through a police perimeter in Tulua, Colombia, on Tuesday. AP

“It seems illogical to me that people enclosed in a building would have set mattresses alight knowing that they could have been burned,” she said.

‘Provoked by a fight’

Authorities had initially said they were investigating whether the incident occurred as part of an escape attempt but later said it was a riot.

“This situation was provoked by a fight that broke out between prisoners. One of the inmates set fire — he was angry, upset — to a mattress, which provoked the blaze,” said Ruiz.

There were 180 inmates in the prison section affected by the fire. 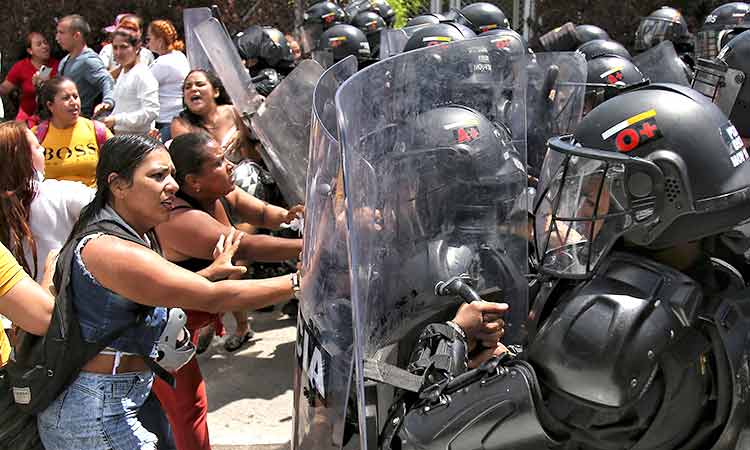 Castellanos praised the efforts of prison guards to control the blaze and help prisoners to safety.

He said that without their intervention “the result would have been worse.”

Outgoing President Ivan Duque sent a tweet offering his solidarity with relatives of the victims.

“We regret the events that occurred in the prison in Tulua, Valle del Cauca,” Duque said.

“I have given instructions to clarify this terrible situation. My solidarity is with the families of the victims.”

President-elect Gustavo Petro also expressed his sympathies and said on Twitter that there needed to be “a complete rethinking of prison policy” that takes into account “prisoner dignity.”

“The Colombian state has viewed prison as a space for revenge and not for rehabilitation,” added Petro, who won an election runoff earlier this month and will replace Duque on August 7.

He also made reference to a riot at the La Modelo prison in Bogota in 2002 that left 23 inmates dead.

Fatal prison riots are not uncommon in Latin America. In Colombia’s neighbor Ecuador, nearly 400 prisoners have been killed in six riots since early 2021.

Colombia’s prison system has a capacity for 97,000 inmates but is overpopulated by some 16,000, according to INPEC.

The Tulua prison is overpopulated by 17 per cent.