Residents look over a flooded road near Windsor on the outskirts of Sydney, Australia. AP

Frustration swelled among many flood-hit residents in Australia’s east over slow relief and recovery efforts, as Sydney braced for more heavy downpours in the next two days that may trigger flash flooding and hamper current clean-up plans.

Thousands were forced to flee their homes after torrential rains since late last month brought widespread destruction in the states of Queensland and New South Wales (NSW), cutting off towns, and sweeping away farms, livestock and roads.

The death toll from the deluge rose to 18 after a man was found dead in a car swept away in floods in Queensland on Sunday.

Hundreds of thousands on flood alert as rain lashes Sydney

“These are terrible, terrible floods,” Prime Minister Scott Morrison told radio station 2GB on Monday. “These are floods that we have not seen in living memory in anyone’s lifetime, and even before that. And so I can understand the great frustration (we are) seeing expressed.”

More defence force personnel are being sent to flood-affected areas immediately to lead the recovery, said Morrison, who is trailing in polls ahead of a federal election due by May. 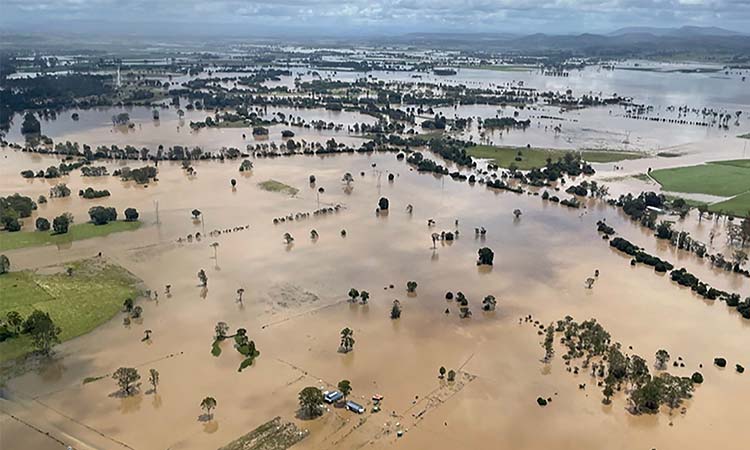 Residents have been taking stock of the damage over the weekend while struggling to clear debris and sludge after water levels receded in some places.

“We’ve had a week of no communications, no food, no fuel … it has been quite unnerving and emotional,” a resident in the far northern NSW town of Murwillumbah, among the worst hit by record floods, told broadcaster ABC.

Power and internet are still down in several towns as emergency crews tried to clear roads to deliver essential supplies.

NSW Premier Dominic Perrottet, on a tour of the flood-hit regions, said the recovery could take years with about 2,000 homes deemed uninhabitable.

“The stories that we’ve heard, the sense of abandonment that many people had in devastating circumstances is heartbreaking, and we need to ensure it doesn’t happen again,” he said. The Insurance Council of Australia on Monday estimated the current cost of claims from the floods at A$1.3 billion ($963 million). Insurers have to date received 86,703 claims, up 28% on Friday’s numbers, it said. 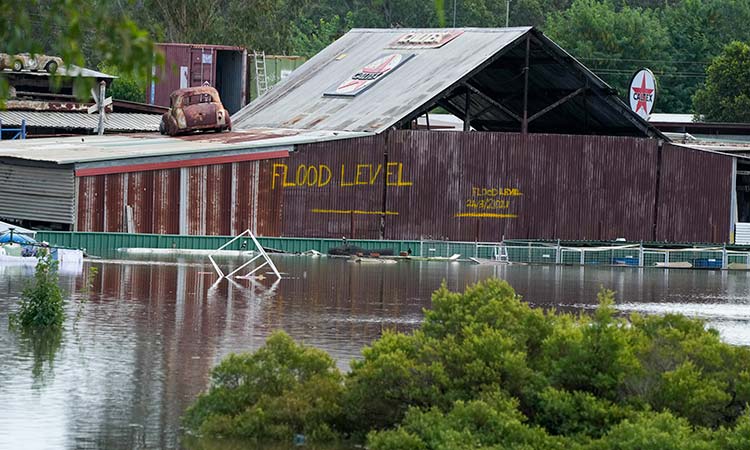 A building is surrounded by flood waters in Londonderry on the outskirts of Sydney, Australia. AP

Rains have eased over the last two days but the weather bureau on Monday issued a ‘severe warning’ for parts of NSW, including state capital Sydney, as a second intense low-pressure system forms off the east coast in as many weeks.

The Bureau of Meteorology (BoM) forecast rains of up to 120 mm (5 inches) in Sydney on Monday and 150 mm on Tuesday. Several suburbs have already received more than double March’s mean rainfall of around 140 mm.

Australia’s east coast summer has been dominated by the La Nina weather pattern, typically associated with increased rainfall, with many rivers already near capacity before the latest drenching.

“This additional rainfall on already saturated soils, catchments and flooded rivers, creeks and streams is giving us an increasing amount of concern,” BoM meteorologist Dean Narramore said during a media briefing. “We are likely to see major flooding on numerous rivers.”