A videograb shows the man assaulting the woman.

A young woman in Brazil had the worst morning while walking on the Itapira highway of June 6, when a man attacked her from behind.

The woman was walking on the side of the road when a man appeared from behind and began to drag her away in an apparent assault attempt.

In the video, taken with a security camera, it can be seen that the young woman tried to escape from him, but he grabbed her backpack and threw her on the ground.

When this was happening, a commercial bus was approaching the site of assault.

Several men who witnessed the event from the bus forced the driver to stop and exit the bus to prevent the attacker from thrashing the woman. 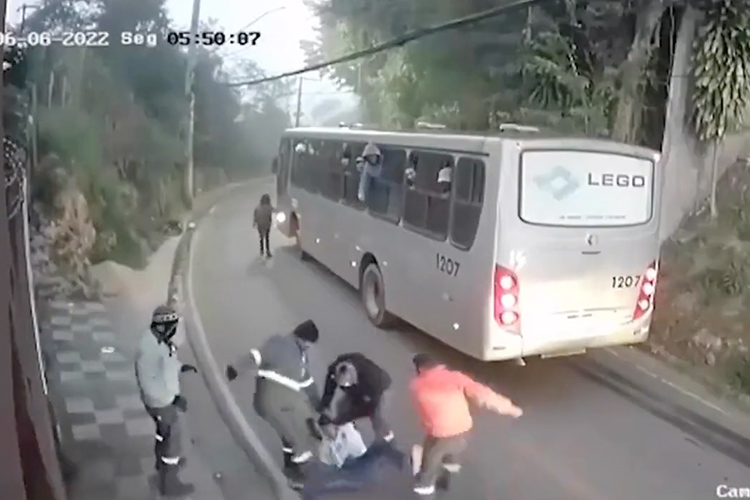 When the mugger saw people coming out of the bus, he grabbed a stone to defend himself but it was useless, as the people managed to subdue and hit him.

It appeared in the video that the man escaped, local media later confirmed that the authorities had detained him, because they already recognized him and said that he is a repeated offender and attack people with knives and other sharp weapons.