Gunmen using explosives killed at least 21 people, including children, in an attack on a Catholic church in southwest Nigeria, local officials said, in violence that drew widespread international condemnation.

The bloodshed at St. Francis Catholic Church in Owo town during a Sunday service was a rare assault in Nigeria’s usually safer southwest and shocked a country grown used to militant attacks and mass kidnappings in the north.

Blood still stained the church floor and debris lay scattered around a day after the attack that Ondo State governor’s office said killed at least 21 people.

Gunmen hid among the worshippers inside the church and also opened fire on the congregation through the windows from outside. 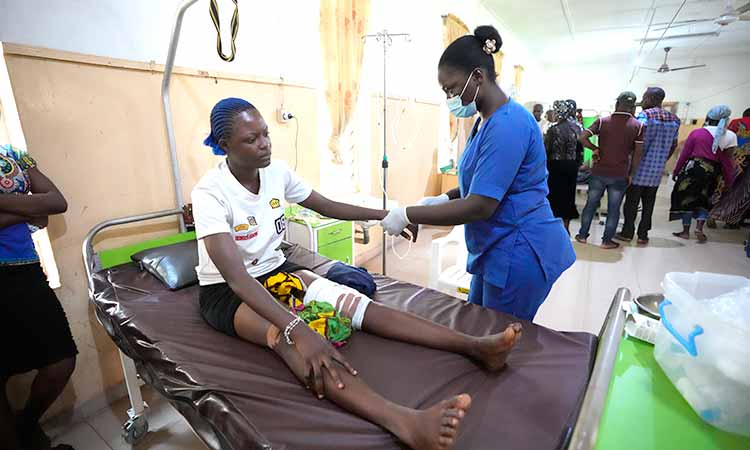 “Investigations revealed that some of the gunmen disguised as congregants, while other armed men who had positioned themselves around the church premises from different directions, fired into the church,” the police statement said.

Fragments of explosives and three unexploded improvised devices were found at the scene.

No group has so far claimed responsibility for the attack and the motives were not immediately clear.

Vice President Yemi Osinbajo arrived on Monday to visit some of the wounded in Owo where he said perpetrators “will pay for this heinous” attack. 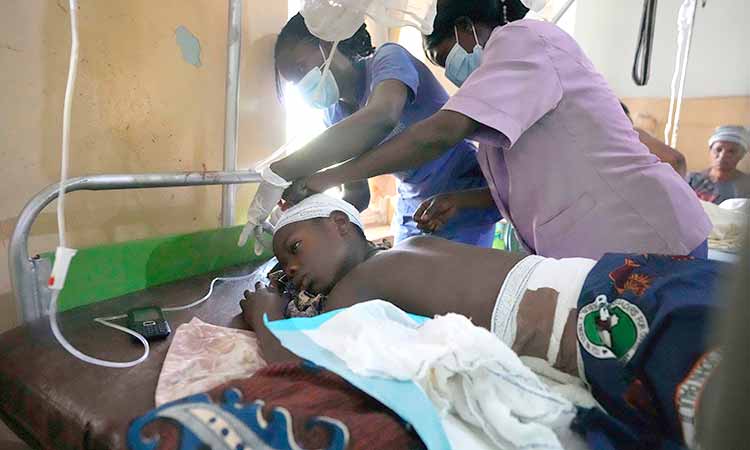 Father Andrew Abayomi, who conducted the service, told AFP some worshippers managed to close the church door and he escaped with others, including children, into the vestry to hide for about 20 minutes before emerging to the carnage.

“Even before leaving the church premises, I have seen some lifeless: I saw a woman shot beside the bus,” he said.

Another survivor, Bade Salawu, recalled disbelief at hearing gunshots inside the church.

Another witness told AFP he saw at least five gunmen on the church premises.

The state government declared a seven-day mourning period for the victims, and ordered the national flag to be flown at half-mast in Ondo.