Tsunami surge floods the area at the top of the Upper Harbor in Santa Cruz, California, on Saturday. AP

A massive volcanic eruption in Tonga that triggered tsunami waves around the Pacific caused “significant damage” to the island nation’s capital and smothered it in dust, but the full extent was not apparent with communications still cut off on Sunday.

The eruption on Saturday was so powerful it was recorded around the world, triggering a tsunami that flooded Pacific coastlines from Japan to the United States.

The capital Nuku’alofa suffered “significant” damage, New Zealand Prime Minister Jacinda Ardern said, adding there had been no reports of injury or death but a full assessment was not yet possible with communication lines down.

“The tsunami has had a significant impact on the foreshore on the northern side of Nuku’alofa with boats and large boulders washed ashore,” Ardern said after contact with the New Zealand embassy in Tonga. 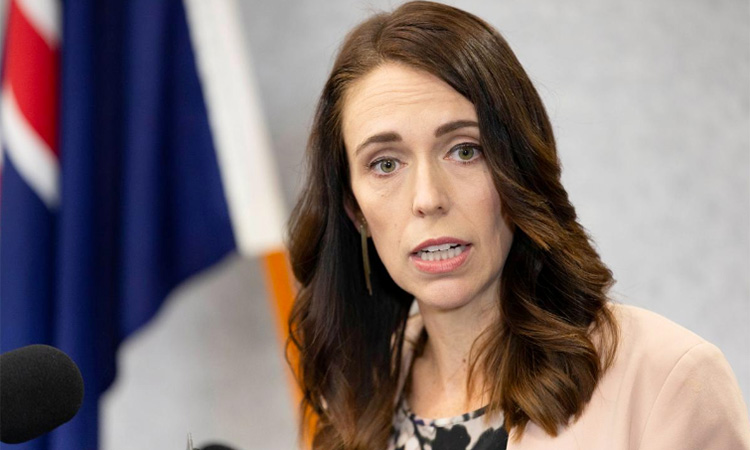 “Nuku’alofa is covered in a thick film of volcanic dust but otherwise conditions are calm and stable.”

Tonga was in need of water supplies, she said: “The ash cloud has caused contamination.”

There has been no word on damage in the outer islands and New Zealand will send an air force reconnaissance aircraft “as soon as atmospheric conditions allow,” the NZ Defence Force tweeted.

“We’re working hard to see how we can assist our Pacific neighbours after the volcanic eruption near Tonga.” 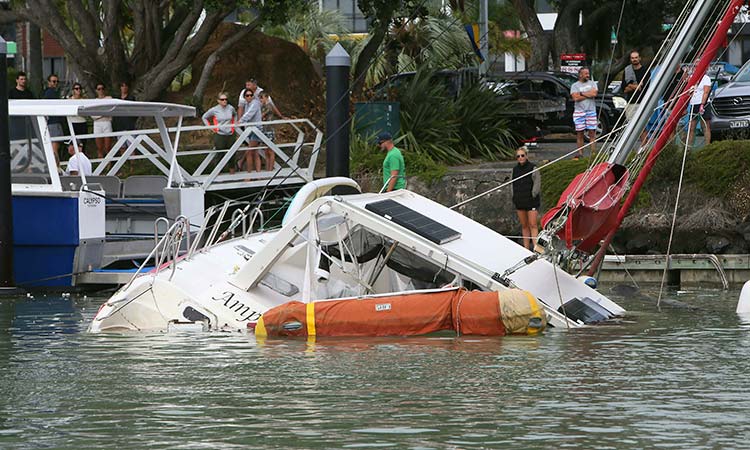 People look at a damaged boat in a marina at Tutukaka, New Zealand, on Sunday. AP

The United States was “deeply concerned for the people of Tonga,” Secretary of State Antony Blinken said, pledging support for the island nation.

A 1.2-metre wave swept ashore in the Tongan capital with residents reporting they had fled to higher ground, leaving behind flooded houses, some with structural damage, as small stones and ash fell from the sky.

“It was massive, the ground shook, our house was shaking. It came in waves. My younger brother thought bombs were exploding nearby,” resident Mere Taufa told the Stuff news website Saturday. 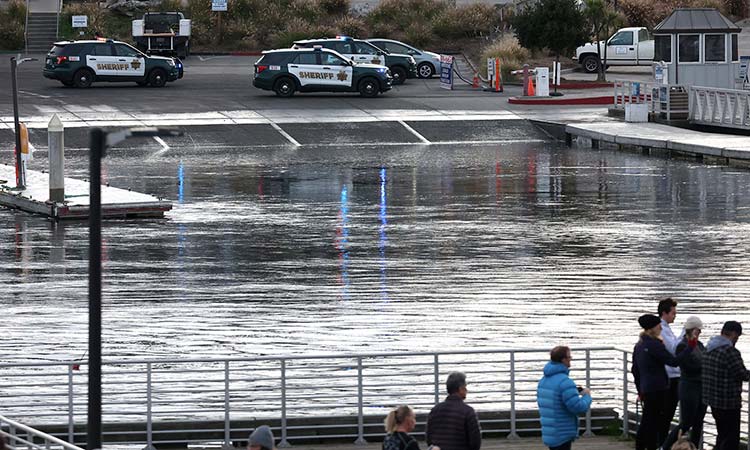 Sheriff’s deputies stand by after closing the harbour in Santa Cruz, California. AP

She said water filled their home minutes later and she watched the wall of a neighbouring house collapse.

Hundreds of thousands of Japanese citizens were advised to evacuate on Sunday as waves of more than a metre hit coastal areas, public broadcaster NHK reported, after the eruption of an underwater volcano off Tonga triggered tsunami warnings.

Around 230,000 people were advised to evacuate across eight prefectures due to the tsunami risk, NHK reported. The alert included areas hit by Japan’s deadly 2011 tsunami. 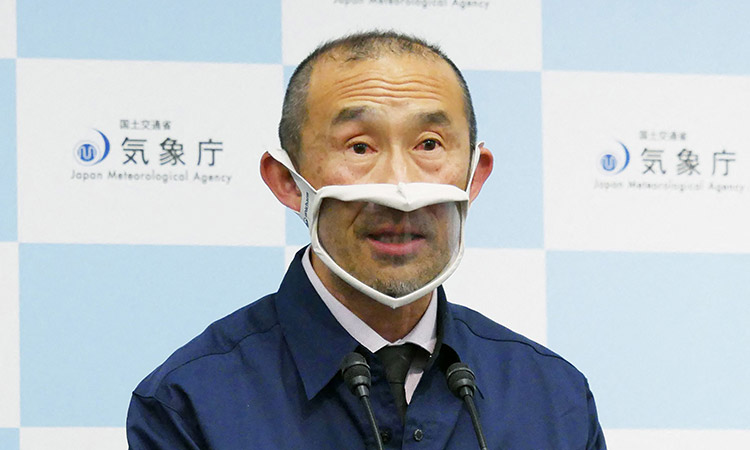 Japanese official Kazuki Miyaoka speaks about the impact of Tonga eruption in Tokyo on Sunday. AFP

Ten boats were capsized in Kochi prefecture on Shikoku island in southern Japan, NHK said, and Japan Airlines cancelled 27 flights at airports across the country.

The overnight disruption caused delays to rail and postal services in some areas, Kyodo News reported, with some residents passing a cold night after evacuating to higher ground.