Rain falls during the arrival of Hurricane Agatha in Huatulco, Oaxaca State, Mexico on Monday. AFP

Hurricane Agatha plowed into beach resorts on Mexico’s southern Pacific coast on Monday, bringing torrential rains and the threat of flooding as the first named storm in the eastern Pacific this year.

Hitting as a Category 2 storm, Agatha barreled ashore blowing sustained winds of 105 mph (169 kph) west of the beach town of Puerto Angel in Oaxaca state, before weakening as it moved inland, the US National Hurricane Center (NHC) said.

Mexico’s National Guard said it deployed units in Oaxaca and the neighbouring states of Guerrero and Chiapas to bolster security and assist people taking cover from the storm.

Agatha was the strongest Hurricane to reach land on Mexico’s Pacific coast during the month of May since records began in 1949, the Miami-based NHC said on Twitter. 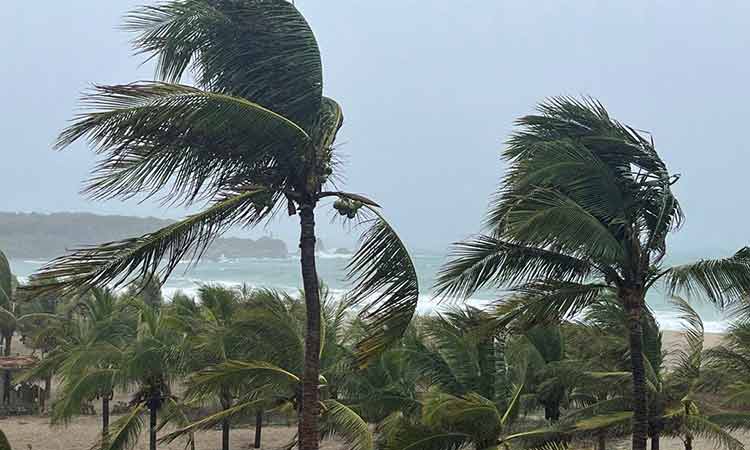 In Oaxaca, the storm left two highways impassable and knocked out telephone lines, forcing local authorities to communicate by radio, they said.

By early evening, Agatha’s winds had died down to around 80 mph (130 kph), and it was forecast to diminish to a tropical storm during the night, the NHC said.

The storm was expected to cause extremely dangerous flooding along the coast along with large and destructive waves near a number of popular beach towns, it added. 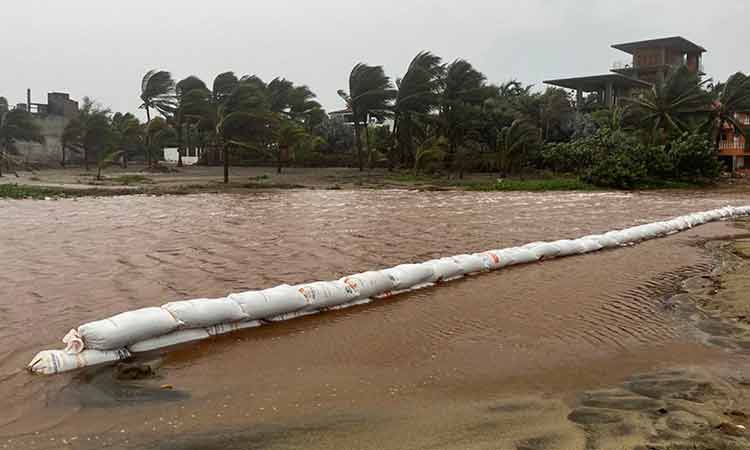 Palm trees sway in the wind as Hurricane Agatha pounds the southern coast of Mexico on Monday. Reuters

A Hurricane warning was in effect along some 215 miles (350 km) of coastline from the port of Salina Cruz to Lagunas de Chacahua, the NHC said. Salina Cruz is the site of a major refinery run by state oil firm Petroleos Mexicanos (Pemex).

Pemex said it was on alert in Oaxaca and had set up two units at shelters in Salina Cruz to provide medical care if needed.

Before the storm hit land, officials said they had set up 200 shelters in Oaxaca able to shelter 26,000 people.

Agatha is expected to dump 10 to 16 inches (25-41 cm) of rain on Oaxaca, and up to 20 inches in some areas, the NHC said, noting this could spark lethal flash flooding and mudslides. 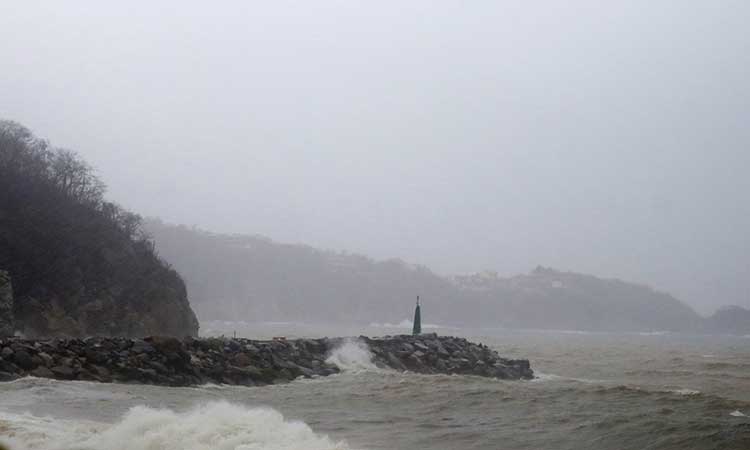 Heavy rains are also expected to douse the state of Chiapas, as well as Veracruz, Tabasco and eastern parts of Guerrero.

The storm is expected to dissipate by late Tuesday.