Many of the weapons being sent to Ukraine will eventually wind up in criminal hands in Europe and beyond, Interpol’s chief warned on Wednesday, urging countries to start scrutinising arms-tracking databases.

“The high availability of weapons during the current conflict will result in the proliferation in illicit arms in the post-conflict phase,” Interpol Secretary General Juergen Stock said.

That will only empower organised crime groups that have become increasingly global operations, capable of exploiting the chaos created from Russia’s bombardments over the past three months.

“This will come, I have no doubts… Criminals are already now, here as we speak, focussing on that,” Stark told the Anglo-American Press Association in Paris, where he travelled from Interpol’s headquarters in Lyon, southeast France. 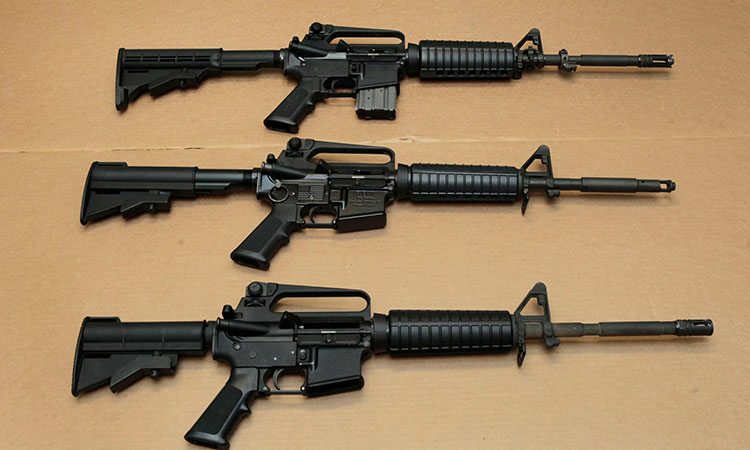 Kyiv’s Western allies have shipped tonnes of military hardware to Ukraine as it tries to fend off Russian forces that have already seized swathes of territory in the east and south.

US President Joe Biden announced that Washington would now send “more advanced rocket systems and munitions,” after providing or pledging thousands of assault rifles as well as anti-tank rockets.

“Even weapons that are used by the military, heavy weapons, will be available on the criminal market,” Stock warned.

“We are already encouraging member countries, we have a database on sharing information on weapons, to use these databases because no region or country can deal with it in isolation,” he said.

“The criminals I’m talking about are operating globally, so these weapons will be exchanged across continents.”

Stock added that the Ukraine conflict has also prompted a spike in “large-scale fertiliser thefts as well as increased counterfeit agro-chemicals, as these commodities have become increasingly valuable.”

“The increase in fuel prices has also resulted in a rise in fuel thefts in Europe and other regions,” he said.