A Jordanian woman in her 20s, who was stabbed to death in her car on Friday, has been identified as Lubna Mansour.

Sharjah Police confirmed the crime and caught the killer in less than 2 hours.

According to Jordanian media, the engineering graduate was killed by her husband over a family dispute.

The murdered has shed light on the fact that women face violence regularly. The crime took place two days after the Jordanian student Iman Irsheed was shot dead inside the university campus in Amman and the killing of Egyptian girl Neiyra Ashraf was stabbed by her colleague in front of Mansoura university.

Lubna’s sister Lyaz Mansour published a picture on Instagram with the sad words, “O satisfied soul, return to your Lord well pleased. Join My worshipers and enter My Paradise!”

“With all sadness and sorrow, we mourn my dear sister Lubna Waleed Mansour, asking Allah Almighty to rest her in peace and grant us patience.” 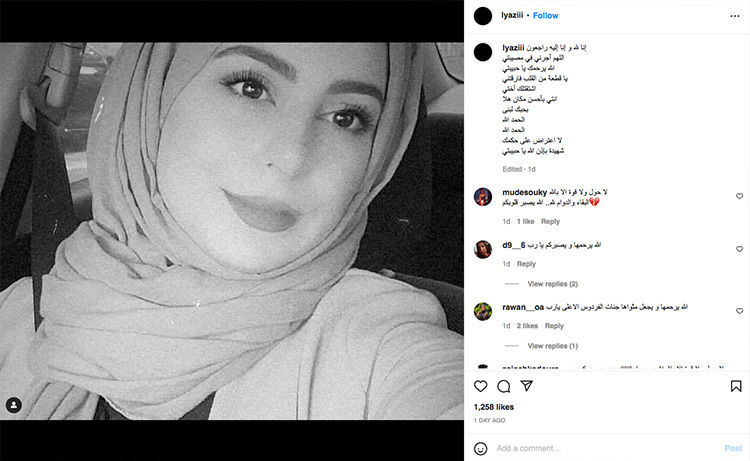 The funeral prayers were performed in the Al Sahaba Mosque at Helwan Suburb, Sharjah after Isha prayer.

Jordanian media said on Saturday that a young woman in her twenties was murdered by her husband due to personal disputes in the UAE, and a relative of the victim published a statement regarding the crime, affirming her identity.

Sharjah Police said earlier that they arrested a person who killed an Arab woman in her car and fled, after a report was received from the victim’s mother. 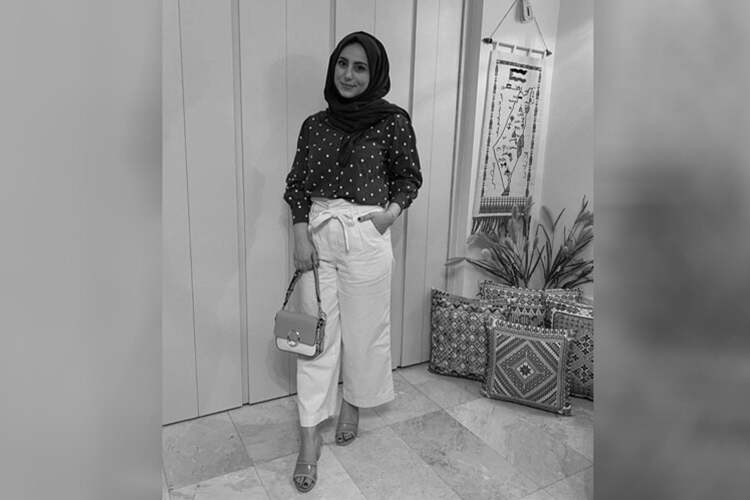 Lubna Mansour poses for a photograph.

It was revealed that the Lubna was a Jordanian of Palestinian origin, who lived with her murderer husband in the UAE.

A Palestinian blogger wrote, “The Jordanian engineer, Lubna Mansour was stabbed 15 times by her husband, following disagreements which broke out between them. Lubna was from the town of Goreesh in Nablus, in the northern West Bank, Palestine.”

Another tweeted, “Lubna Mansour was 24 years old and lived with her husband in the UAE but decided to get divorced due to disputes.”

Lubna, who was a graduate of the Jordan University of Science and Technology, was treated violently by her husband during their short marriage.

According to Sharjah Police, the concerned teams moved to the site to investigate the circumstances of the crime, and by examining the cameras at the site, it was found that the person attacked the woman in her vehicle, which was in the parking lot of the building in which she lives, and stabbed her several times, and fled in the victim’s car, while she was in the vehicle. 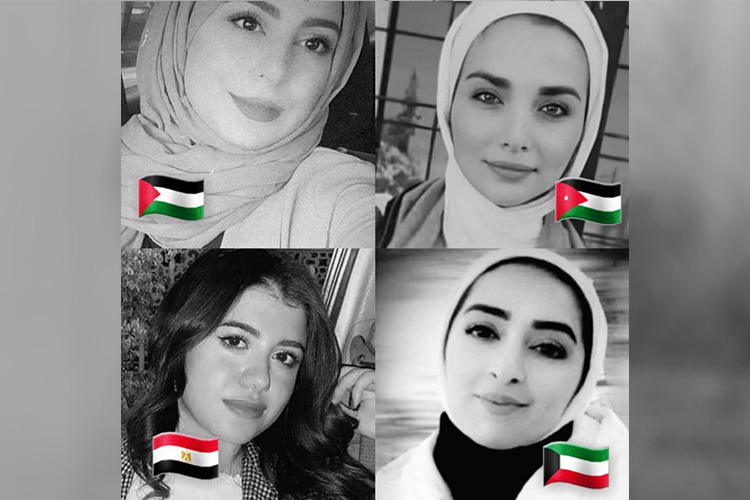 Colonel Faisal Bin Nassar, Deputy Director of the Department of Criminal Investigation and Investigation, said that through the search and investigation procedures carried out by the team, the victim’s vehicle and her body were found.

The suspect escaped from the scene.

Through extensive search, the culprit was found on a beach hiding from the police.

The offender was arrested in a record time of not more than 120 minutes.

Under duress, he confessed to killing the victim, due to personal differences, and a case against the offender was registered and transferred to the Public Prosecution.

A Twitter user named, @arabgirlthingss wrote, “Lubnah Mansour has been stabbed by her husband 15 times in the UAE. Femicide is horrible and the death penalty should be used. The days of our silence and suppression are numbered. Our lives are not as cheap as you make them to be. #لبنى_منصور”

Anwar Alabbadi said, “The Jordanian engineer, Lubna Mansour, died after her husband killed her with 15 stab wounds in the United Arab Emirates.
The murders of women are very brutal.”

Abu Mahmoud said, “The news of #Lubna_Mansour that she got married a year ago and was subjected to violence and asked for a divorce… O people who have a daughter and ask for divorce, so be from the story of the loneliness that has no money except her husband’s house…”

Just Rehab said on Twitter, “Okay I need to address something, if we are in 2022 and living this nightmare I’m so scared of what our daughters gonna face in the future…

We need justice for the women who died because of nothing!!!!” 

Abla Abdelhadi said, “4 Arab women in 4 Arab countries murdered by men this week. We’re being slaughtered by the patriarchy. These murders are men’s reminders to Arab women that we’re not allowed to say no to men. This is male supremacy & misogyny.”

Ghaida wrote on Twitter, “It’s heart-rending and gut-wrenching to wake up everyday hearing about a new femicide. Sadly, this is not unique to one country on this side of the planet, and I wonder how long it will take to create a culture where women never endure lack of safety.”

It was leant that the reason for the crime was differences between the victim and her husband, that she was subjected to violence and abuse during their short marriage.

The culprit will face murder charges, with the possibility of death penalty if convicted by the court.