A female bomber who killed three Chinese teachers in Pakistan was a teacher who had enrolled for MPhil’s degree months before her attack, carried out on behalf of Baloch separatist insurgents, an official said on Wednesday.

The blast detonated by the 30-year-old woman, Shari, aka Baramsh, on Tuesday blew up a minivan outside Karachi University’s Confucius Institute, a Chinese language and cultural centre, killing her, the three Chinese teachers and a Pakistani driver.

A separatist group, the Baloch Liberation Army (BLA) based in the southwestern province of Balochistan, said the mother of two, who held a graduate degree in Zoology and was studying for another, had volunteered for the attack targeting China, whose investment projects in Balochistan they oppose.

“Baloch Liberation Army once again warns China to immediately halt its exploitation projects … Otherwise our future attacks will be even harsher,” the BLA said in an email.

The suicide bombing in Karachi has been gaining the attention of relevant quarters of the country, not just because it targeted the foreigners, but the fact that the bomber was a woman, The Express Tribune reported.

Her husband also tweeted and praised her for her bravery. 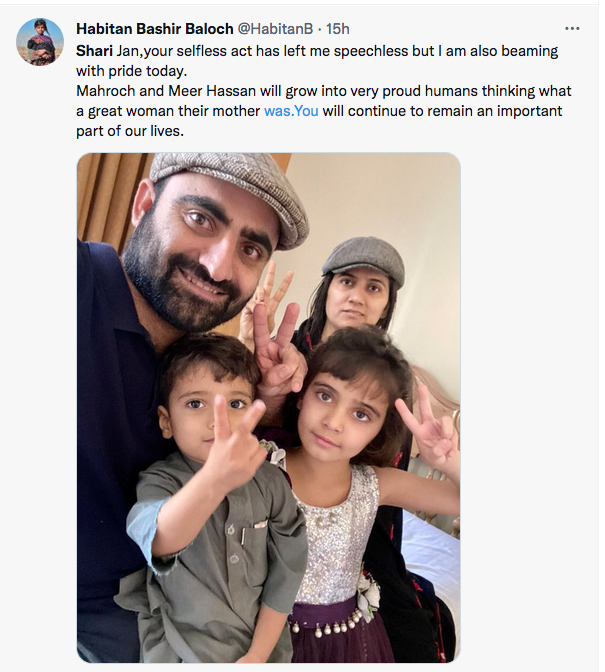 When Shari, aka Baramsh, posted a good-bye message on her Twitter handle some 10 hours ago, no one was really aware of what she was going to do next.

It was Tuesday (April 26), when the nation found out that another three Chinese nationals had been targeted for their presence in Pakistan.

Those fuelling the insurgency in the restive Balochistan province are not unknown to anyone, but the background of the bomber in question merits some questioning.

It wasn’t an overnight indoctrination or a sudden urge but by all possible means an act well-thought-out.

Let’s delve into the profile of the woman who took the lives of four human beings, beside her own in the deadly suicide attack.

Shari was a primary school teacher in her native Kech district in Balochistan. She completed her B.Ed in 2014 and M.Ed in 2018. She did her Master’s in Zoology from the University of Balochistan and MPhil from the Allama Iqbal Open University. 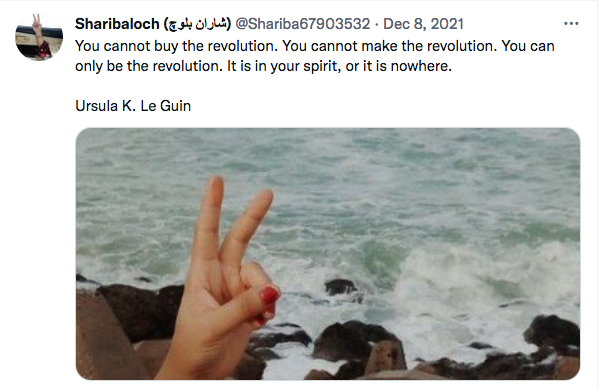 She left behind a daughter Mahrosh and a son Meer Hassan – both the children are as old as five. Her husband is a dentist while her father served as a director in a government agency. Later, her father also served as a member of the district council for three years. Her brother-in-law is a lecturer.

The family is a well-established, highly educated and peaceful individuals. One of her uncles is an author, a former professor and human rights campaigner. 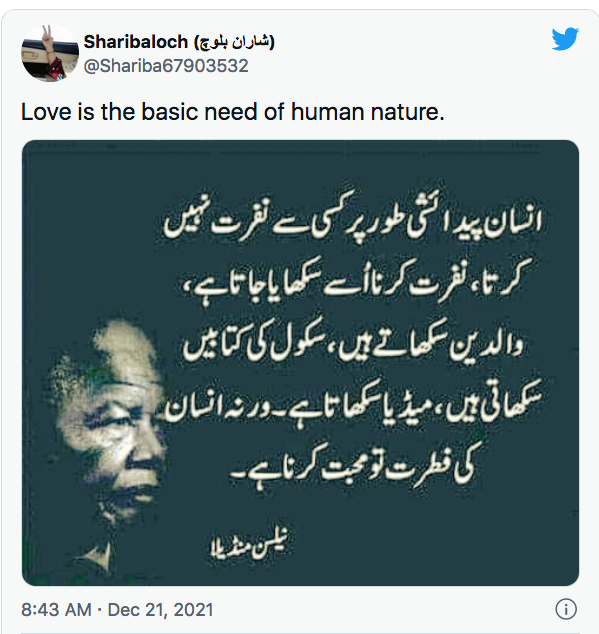 It may be difficult to know what exactly provoked her to join the Baloch armed struggle, but she remained a member of the Baloch Students Organisation (BSO-Azad) in her student life.

Importantly, none of her family members is missing or subjected to enforced disappearance except a fifth cousin who got killed during a military operation in 2018 in Kech.