Ukrainian troop move by tanks on a road of the eastern Ukrainian region of Donbas on Tuesday. AFP

Moscow’s troops have been pummelling eastern Ukraine for weeks and are slowly advancing, despite fierce resistance from the outgunned Ukrainian military.

With President Vladimir Putin’s forces tightening their grip on the strategically important city of Severodonetsk in the Donbas, its twin city of Lysychansk is now coming under heavier bombardment.

“The Russian army is massively shelling Lysychansk,” Sergiy Gaiday, governor of the Lugansk region, which includes both cities, wrote on Telegram. 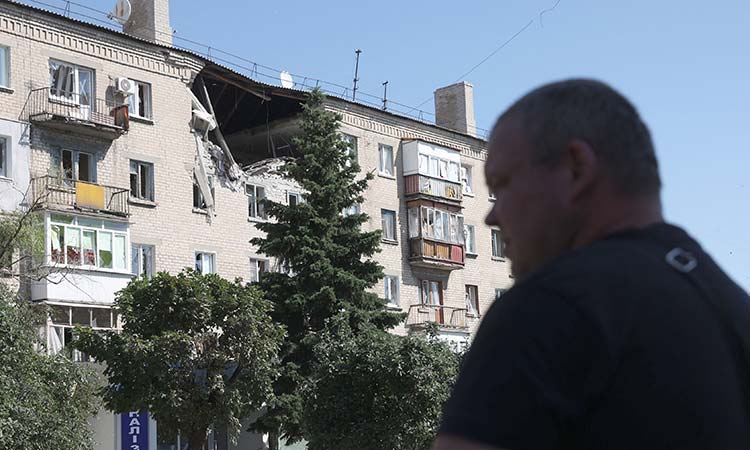 A man walks in front of damaged residential building on a street of the town of Lysychansk on Tuesday. AFP

“They are just destroying everything there… They destroyed buildings and unfortunately there are casualties.”

Russian forces have been occupying villages in the area, and taking control of the two cities would give Moscow control of the whole of Lugansk, allowing them to press further into the Donbas.

After being pushed back from Kyiv and other parts of Ukraine following their February invasion, Moscow is seeking to seize a vast eastern swathe of the country.

In Lysychansk, a Russian strike had left a gaping hole in a police station, and damaged nearby apartment blocks, according to AFP journalists in the city.

The direct hit on the station, on Monday night, wounded 20 police officers, according to authorities.

“Partition walls fell down and the doors were blown out,” said a policeman who gave his nickname as Petrovich, showing the damage to the building. 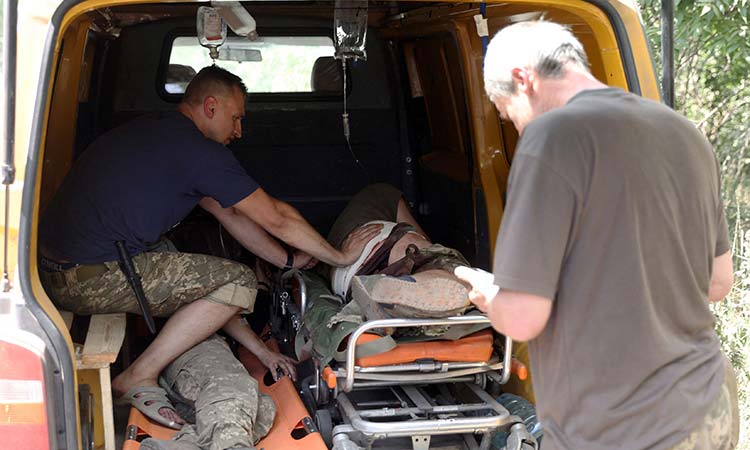 “The Russian army is deaf to any rationality. It simply destroys, simply kills,” he said.

Fifteen people were killed by Russian shelling in Kharkiv Tuesday, its governor said.

Away from the battlefield, Moscow was locked in an increasingly bitter dispute with EU member Lithuania over the country’s restrictions on rail traffic to the Russian outpost of Kaliningrad.

The territory is around 1,000 miles (1,600 kilometres) from Moscow, bordering Lithuania and Poland.

By blocking goods arriving from Russia, Lithuania says it is simply adhering to European Union-wide sanctions on Moscow.