A woman votes during parliamentary elections in Tripoli, Lebanon on Saturday. AP

Polls opened on Sunday in Lebanon’s first election since the country’s economic collapse, a test of whether Iran-backed Hezbollah and its allies can preserve their parliamentary majority amid soaring poverty and anger at ruling parties.

Following months of uncertainty over whether the election would go ahead, polls opened at 7 a.m. (0400 GMT) across 15 electoral districts.

Ten killed in racially motivated shooting at US grocery store

Since Lebanon’s last election in 2018, the country has been rocked by an economic meltdown that the World Bank has blamed on the ruling class, and Beirut was shattered by a massive explosion at the port in 2020. 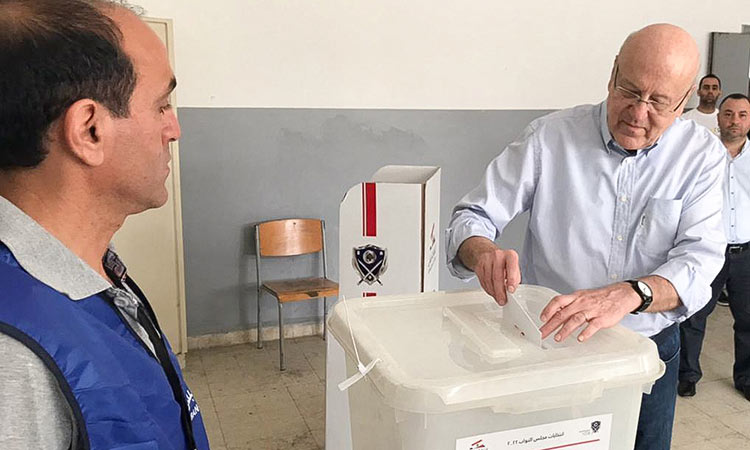 While analysts believe public anger could help reform-minded candidates win some seats, expectations are low for a big shake-up in a sectarian system which is skewed in favour of established parties.

Those results pulled Lebanon deeper into the orbit of Shi’ite Muslim-led Iran, marking a blow to the influence of Sunni Muslim-led Saudi Arabia. 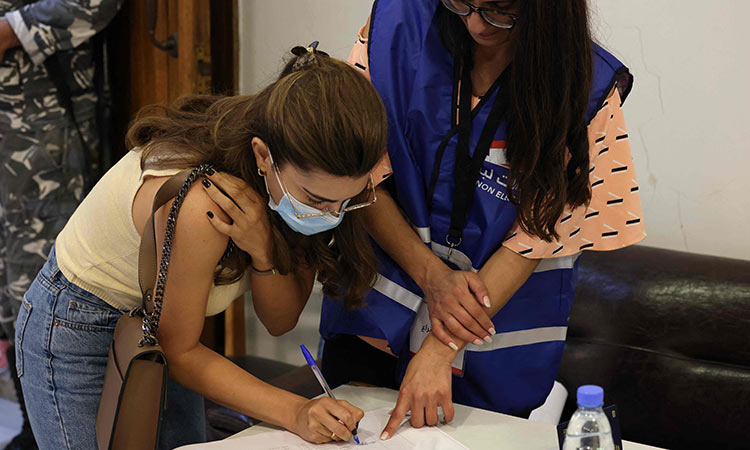 A voter registers to vote in the parliamentary election in Byblos (Jbeil), north of the capital Beirut, on Sunday. AFP

Hezbollah has said it expects few changes from the make-up of the current parliament, though its opponents — including the Saudi-aligned Lebanese Forces, another Christian group – say they hope to scoop up seats from the FPM.

Adding a note of uncertainty, a boycott by Sunni leader Saad Al Hariri has left a vacuum that both Hezbollah allies and opponents are seeking to fill.

As the vote neared, watchdogs warned that candidates would purchase votes through food packages and fuel vouchers issued to families hit hard by the financial collapse.

Nationals over the age of 21 vote in their ancestral towns and villages, sometimes far from home. 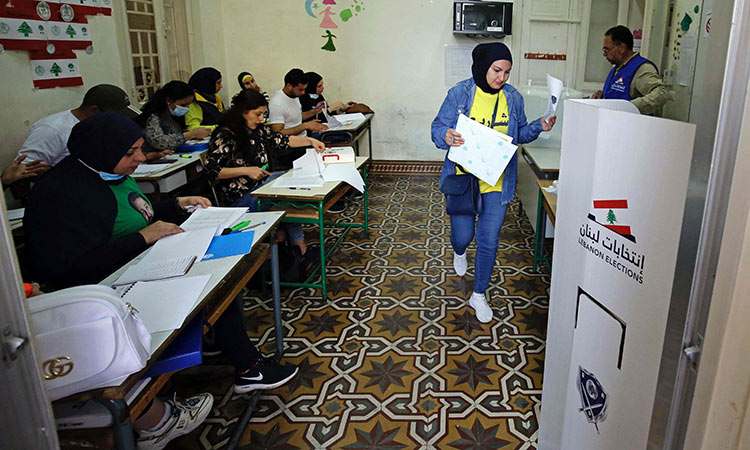 A voter casts their ballot in the parliamentary election at a polling station in the Tripoli, Lebanon, on Sunday. AFP

The next parliament is expected to vote on long-delayed reforms required by the International Monetary Fund to unlock financial support to ease the crisis.

It is also due to elect a head of state to replace Aoun, whose term ends on Oct. 31.

Whatever the outcome, analysts say Lebanon could face a period of paralysis as factions barter over portfolios in a new power-sharing cabinet, a process that can take months.