French President Emmanuel Macron will on Tuesday host far-right leader Marine Le Pen and other political party chiefs in a bid to break the impasse created by the failure of his coalition to win a majority in parliamentary elections.

The meetings, which will also include talks with right-wing, Socialist and Communist party chiefs, are the first attempts by Macron to extract himself from a situation that risks wrecking his second-term reform plans.

Macron is due to start Tuesday’s flurry of discussions by talking with Christian Jacob, the head of the traditional right-wing the Republicans (LR), a party on the decline in recent months but which now may be courted by the president to give him a majority.

Socialist Party leader Olivier Faure and Communist Party boss Fabien Roussel — members of the NUPES left-wing alliance — will also meet Macron, although the hard-left leader Jean-Luc Melenchon is not scheduled to do so. 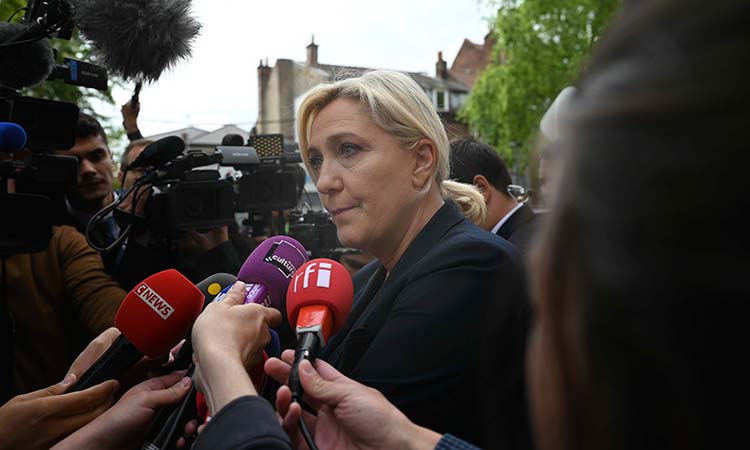 And in a rare encounter, Macron will at 17:30 Paris time (1530 GMT) host Marine Le Pen, his rival in presidential elections and leader of the far-right National Rally (RN).

The aim is to “build solutions to serve the French” at a time when there is no “alternative majority” to that of Macron’s ruling alliance, said a presidential official who asked not to be named.

Representatives of the parliamentary parties will be received at the Elysee Palace separately and successively.

The result of the parliamentary elections was a stunning blow for the president and his reform agenda, leaving his camp facing the prospect of a political deadlock.

While Macron’s Ensemble (Together) coalition remains the largest party after Sunday’s National Assembly elections, it fell dozens of seats short of keeping the absolute majority it has enjoyed for the last five years.

Melenchon and Le Pen made big gains, leaving them as major players in the new parliament.