French President Emmanuel Macron and far-right challenger Marine Le Pen will face off on Wednesday in a debate which could be decisive in the tight race to decide who will run the country for the next five years.

For Le Pen, who is behind Macron in opinion polls ahead of Sunday’s vote, it is all about showing that she has the stature to be president and convincing more voters that they should not fear seeing the far-right in power.

“Fear is the only argument that the current president has to try and stay in power at all cost,” Le Pen said in a new campaign clip on Tuesday, accusing Macron of doom-mongering over what a far-right presidency would mean for France. 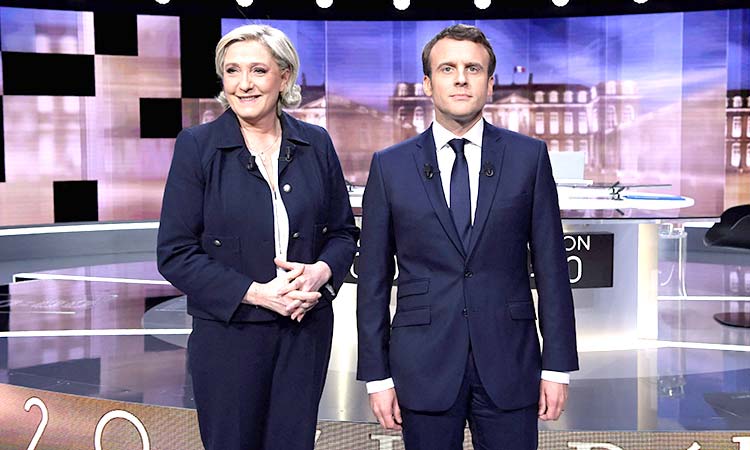 For Macron, possibly the biggest challenge will be not to sound arrogant, something many voters have criticised in him, while poking at the holes he sees in Le Pen’s policy plans and playing up his five years of experience in power.

“The French now see her as a possible president, unlike in 2017. It’s now up to us to prove she will be a bad president,” a source close to Macron said, adding that he would “counter her project and prove that it is inconsistent and unrealistic.”

The debate, which starts at 1900 GMT, will be the only one between the two candidates.

When Macron and Le Pen first competed against each other for the president’s job, in 2017, the debate was catastrophic for the anti-immigration, eurosceptic candidate.

She mixed up her notes and lost her footing, while the debate allowed a then-largely untested Macron to convince voters he was fit to be president.

Much has changed since.