French President Emmanuel Macron’s centrist camp secured 245 out of 577 seats in the country’s parliamentary election, falling short of an absolute majority, according to final figures from the interior ministry.

Macron on Monday was faced with trying to salvage a ruling majority and with it his economic reform agenda after voters punished his centrist ‘Ensemble’ alliance in France’s parliamentary election.

While Ensemble secured the largest number of lawmakers in the 577-seat National Assembly, it fell comfortably short of the threshold required for an absolute majority in a vote that saw a leftwing alliance and the far-right perform strongly.

Final figures showed Macron’s centrist camp got 245 seats – short of the 289 needed for an absolute majority. 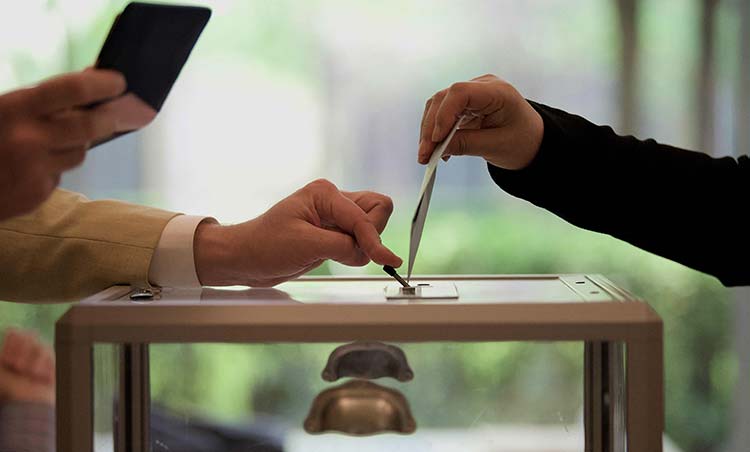 A man casts his ballot. AFP

The vote was a painful setback for Macron, 44, who was re-elected in April and wants to deepen European Union integration, raise the retirement age and inject new life into France’s nuclear industry.

There is no set script in France for how things will unfold.

Macron’s options include forming a ruling coalition or presiding over a minority government that has to enter into negotiations with opponents on a bill-by-bill basis. The alternative if no agreement can be found is for the euro zone’s second biggest economy to be plunged into paralysis.

“We will be working from tomorrow towards forming a majority of action… to guarantee stability for our country and carry out the necessary reforms,” Prime Minister Elisabeth Borne said as results filtered through late on Sunday. 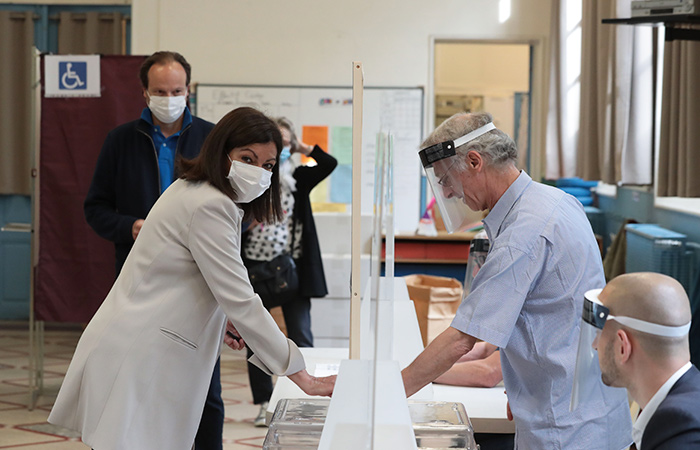 The vote was a painful setback for Macron.

Macron became in April the first French president in two decades to win a second term, as voters rallied to keep the far-right out of power.

But, seen as out of touch by many voters, he presides over a deeply disenchanted and divided country where support for populist parties on the right and left has surged.

“The rout of the presidential party is complete,” Melenchon told supporters.

Even so, his own unlikely alliance may now find holding together harder than winning votes.