This photograph shows the wreckage of a plane in a gorge in Sanosware in Mustang district, Nepal, on Monday. AP

Nepali rescuers found on Monday the crash site of a missing passenger plane that went down with 22 people on board, the army said.

Fourteen bodies have been recovered so far from the wreckage of a plane that crashed into a mountainside in Nepal with 22 people on board, the country’s Civil Aviation Authority said on Monday.

“Fourteen bodies have been recovered so far, search continues for the remaining. The weather is very bad but we were able to take a team to the crash site. No other flight has been possible,” spokesman Deo Chandra Lal Karn told the media a day after the crash.

“A search team has located the wreckage of the plane and shared a picture. Additional teams are heading there so we can get details,” said Nepal Army spokesman Narayan Silwal. 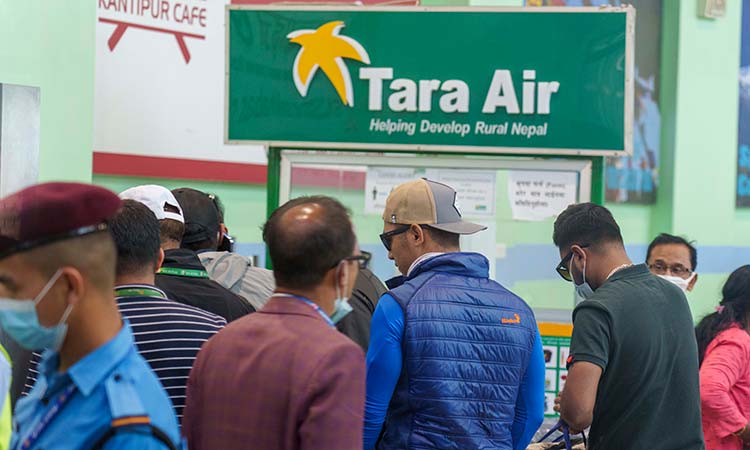 A signage of Tara Airlines is seen behind in Kathmandu, Nepal, on Sunday. AP

An image shared by Silwal on Twitter showed debris from the wreckage of the flight strewn across a mountainside. Its registration number 9N-AET was clearly visible on what appeared to be a piece of a wing.

The search operation had only resumed earlier in the day after rescuers paused after dark on Sunday.

Before the wreckage was found, Pokhara Airport spokesman Dev Raj Subedi told the media early on Monday morning that rescue helicopters and army troops on the ground had shifted their search to a suspected crash site. 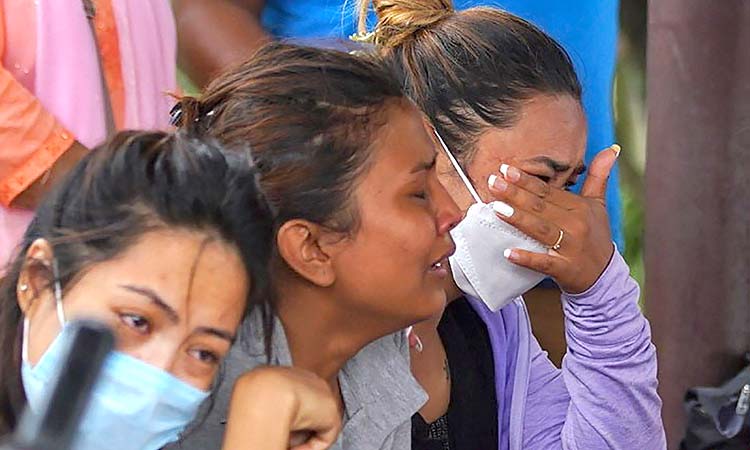 Relatives of passengers on board the Twin Otter aircraft cry outside the airport in Pokhara, Nepal. AFP

“The search operation has resumed… There has not been any significant improvement in the weather. Two helicopters have flown toward the area but they have not been able to land yet,” he said.

Subedi said that they had followed GPS, mobile and satellite signals to the location.

The flight took off from the western town of Pokhara for Jomsom on Sunday at 9:55 am (0410 GMT), but air traffic control lost contact after 15 minutes, the airline said.

Jomsom is a popular trekking destination in the Himalayas about 20 minutes by plane from Pokhara, which lies 200 kilometres (120 miles) west of the capital Kathmandu. 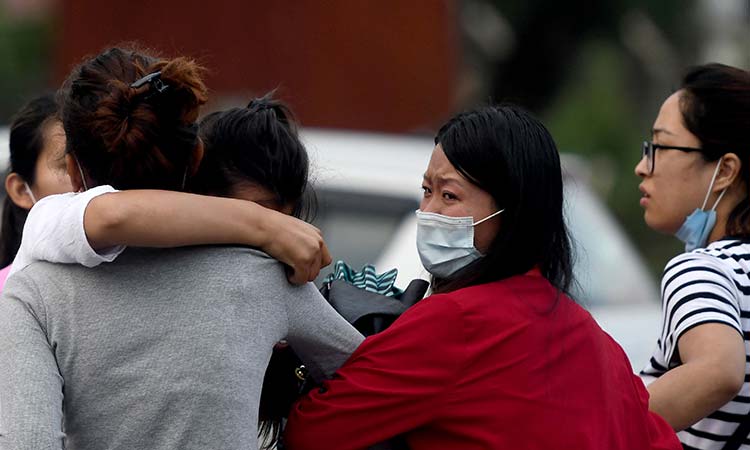 Family members and relatives of passengers weep outside the airport in Pokhara on Sunday. AFP

Flight operator Tara Air is a subsidiary of Yeti Airlines, a privately owned domestic carrier that services many remote destinations across Nepal.

It suffered its last fatal accident in 2016 on the same route when a plane with 23 on board crashed into a mountainside in Myagdi district.

Nepal’s air industry has boomed in recent years, carrying goods and people between hard-to-reach areas as well as foreign trekkers and climbers. But it has long been plagued by poor safety due to insufficient training and maintenance.

The European Union has banned all Nepali airlines from its airspace over safety concerns.

The Himalayan country also has some of the world’s most remote and tricky runways, flanked by snow-capped peaks with approaches that pose a challenge even for accomplished pilots.

The weather can also change quickly in the mountains, creating treacherous flying conditions.

UAE retailers are optimistic and ready to fuel economic growth in 2022: Research