A pregnant New Zealand journalist Charlotte Bellis says she turned to the Taliban for help and is now stranded in Afghanistan after her home country has stopped her from returning due to strict Covid-19 regulations.

In a column published in “The New Zealand Herald” on Saturday, said it was brutally ironic that she’d once questioned the Taliban about their treatment of women and she was now asking the same questions of her own government.

“This just feels like such a breach of trust,” Bellis told Radio New Zealand on Sunday from Kabul.

Bellis had been working for Al Jazeera in Afghanistan, but said she didn’t realise she was pregnant until she was at the media company’s headquarters in Doha, Qatar.

It is illegal to be pregnant and unmarried in Qatar, so Bellis kept her pregnancy a secret as she prepared to return to New Zealand. 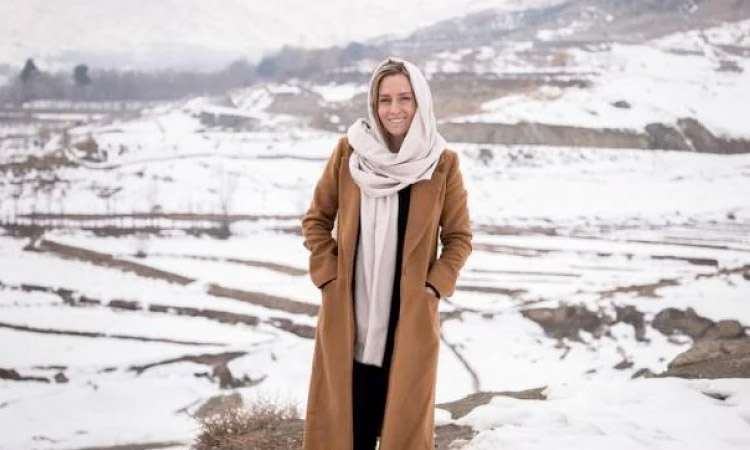 Upon being told she did not qualify for an exemption under New Zealand’s strict Covid border controls, Bellis said she called senior Taliban contacts and was told she could give birth there.

“We’re happy for you, you can come and you won’t have a problem,” Bellis said in an interview about what the Taliban had told her.

They also said, “Don’t worry. Everything will be fine,” she told the New Zealand Herald

“In my time of need, the New Zealand government said you’re not welcome here.

“When the Taliban offers you — a pregnant, unmarried woman — safe haven, you know your situation is messed up.”

Bellis, who once questioned the Taliban about what they would do to ensure the rights of women and girls, said it was “brutally ironic” she was now asking the same question of her own government.

After going public with her situation, and involving lawyers, Bellis said she had been contacted by New Zealand officials who said her rejected application was under review.

The government’s Covid Response Minister Chris Hipkins said in a statement that he had asked officials to check whether the proper procedures had been followed in Bellis’ case, “which appeared at first sight to warrant further explanation.”

Faced with an outbreak of the Omicron variant, New Zealand recently scrapped plans to ease entry for returning nationals and instead closed its borders – except for emergency cases — to anyone without an existing quarantine booking.