More than 800 cars and bikes of various types, both classic and modern, competed in various categories at the ‘Wheelers’ festival.

The second Sharjah Car Festival, Wheelers, hosted by Al Majaz Amphitheatre of the Sharjah Government Media Bureau from February 26 – 27, attracted more than 15,000 motor enthusiasts from across the UAE. The visitors, including families, coming from various emirates of the country were excited to learn about the early and latest models of various global car and bike brands and the fascinating evolution of the automobile industry around the world over the years.

The Sharjah Car Festival, featuring a number of interactive events and competitions with attractive prizes, offered one of its kind and wholesome experience of fun for the whole family.

More than 800 cars and bikes of various types, both classic and modern, competed in various categories at the ‘Wheelers’ festival offering an exciting and unforgettable world of adventures, thrills and wholesome family fun against the stunning picturesque backdrop of Sharjah’s Khalid Lagoon.

Speaking on the occasion, SGMB Director General stressed that the two-day Wheelers festival, which saw the participation of 51 car and motorcycle clubs, aims to raise awareness about the importance of safety and security in the world of automobiles. 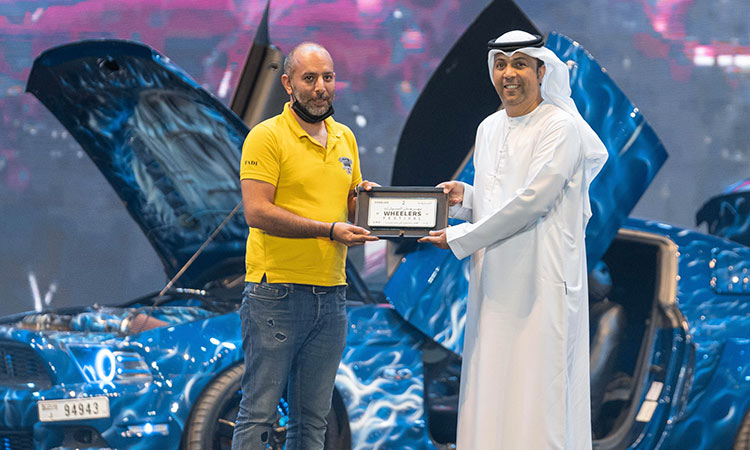 “This was an excellent opportunity to exchange knowledge between the contestants and visitors,” he added pointing out to the massive turnout and enthusiastic response from car and bike enthusiasts as well as other sections of society to the festival, thanks to its exciting thrills and contests and interactive, fun activities suitable for all age groups and members of society.

The one of its kind festival provided an opportunity for the car and bike enthusiasts in the country to share with the public the secret of safe driving and loving and pampering their vehicles. The event showcased a rare collection of classic, luxury, sports and modified cars as well as four-wheel drives and motorcycles, not to mention a slew of activities full of fun and games and music. 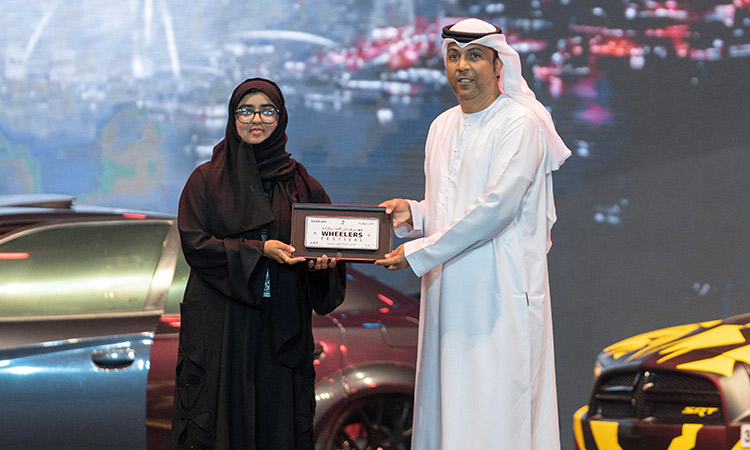 The cars and motorcycles participating in the competitions within various categories had been governed by a set of criteria and conditions. The motorcycle jury put in place several conditions, the most important of which are vehicle paint, interior modifications, innovation and display method.

The automobile jury also adopted a number of conditions governing the techniques used, tyres, rings and the exterior appearance, modifications, audio equipment used in an automobile and updates made to it.

Sheikh Sultan toured the festival witnessing what the participants had to show from classic and luxury cars to fast racing cars and motorcycles, discussing details of the mobiles with the participants.

Binghatti teams up with UAE lender