The move is aimed at promoting family culture among young people benefiting from the grant.

She  said that the repeated annual increase of marriage future spouses is an indication of the increased marriage rate among Emiratis, the main condition of the grant is that the spouses be Emirati citizens. She pointed out that the role of the marriage grant is promoting family cohesion and increasing the awareness of young people and the value of building and forming a stable Emirati family.

She stated that the marriage grants for young Emirati grooms during 2021 are the largest ever since the launch of the initiative in 1992, noting that the ministry is currently working to provide more facilities for Emirati future spouses by re-amending organisational decisions and conditions, to facilitate the procedures for the disbursement of the grants, and motivate young Emirati grooms to achieve their ambitions by establishing stable families.

Hessa Bint Essa Buhumaid said that the UAE leadership directives to provide support to the UAE family reflect the ministry’s approach by encouraging young Emirati citizens to get married while ensuring the best wellbeing for the entire family.

She noted that the ministry’s commitment to its strategic vision in accordance with the principle of achieving a better wellbeing for all the members of the society, whereas marriage grants are one of the ministry’s initiatives, aimed at empowering young people and helping them build a family, based on firm foundations that provide happiness and social wellbeing for the people of the UAE. 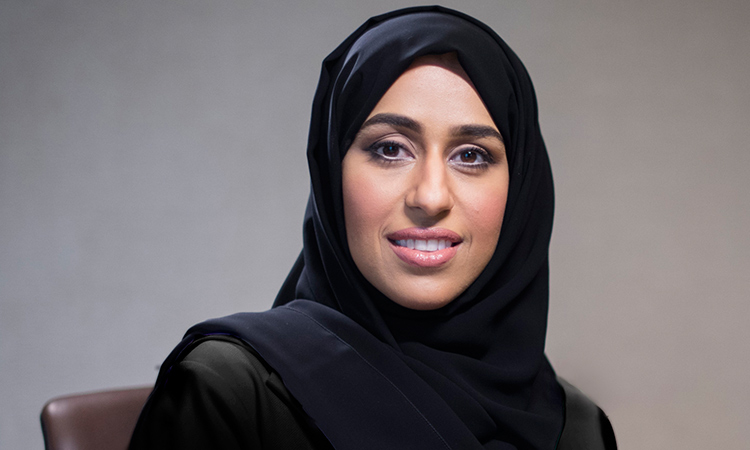 The marriage grants also come within the objectives of the Ministry and plans which coincide with the vision and guidance of the UAE leadership, aimed at making all the members of the community happy as well as a number of social objectives such as establishing an Emirati family, strengthening family cohesion, supporting community coherence among Emirati youth community and promoting family culture among young people benefiting from the grant, “to reflect a successful family bond in a society based on strengthening ties between the members of the community.”

Hessa Bint Essa Buhumaid added that the repeated annual increase in the number of future marriage spouses reflects a rise in the awareness among young Emirati youth of the value of building and forming a stable Emirati family, the marriage grant is an indicator of increasing the rate of marriage among Emirati grooms and brides. 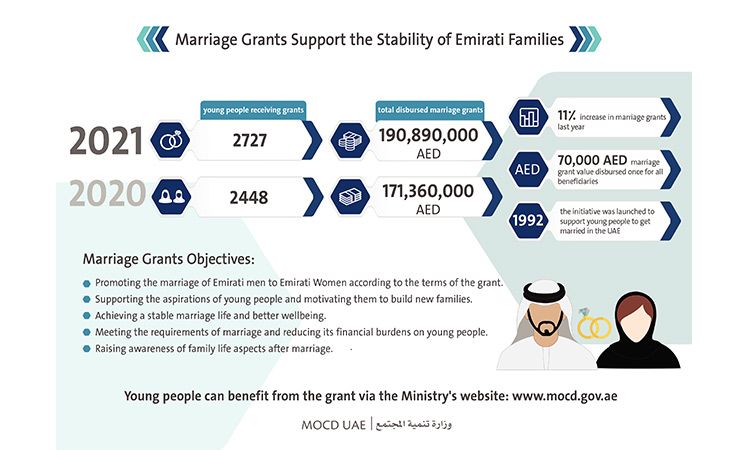 The total amount of the marriage grant is Dhs70,000 disbursed at once to the eligible beneficiary according to certain conditions in support of the aspirations of young Emirati citizens to build new families that are financially and morally stable. The marriage grant helps young Emirati couples to start their marriage and family life with stability and reassurance, fulfil the financial marriage requirements and alleviate them financially, and raise their awareness of aspects of family life after marriage, and how to build and maintain a stable and cohesive family.