A combo image shows Shahbaz Sharif and Nawaz Sharif meeting each other in London.

The two brothers greeted each other with hugs and handshakes and a pat at the back. 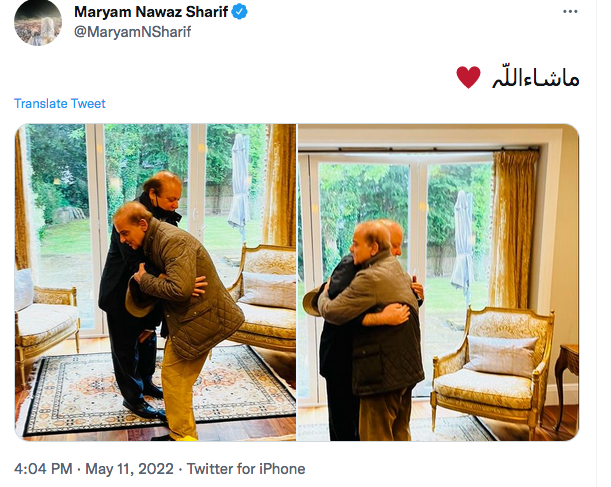 Everything went smoothly, but not according to social media users.

Netizens have pointed out to the awkward greeting postures, which gave rise to memes.

Nevertheless, the decision of Shahbaz to visit the party supremo in London has already given ammunition to former PM and Pakistan Tehrik-e-Insaf (PTI) Chariman Imran Khan, who was quick to lament that it was an insult to Pakistan that the prime minister and cabinet members were going to attend a meeting in London on public money, summoned by an “absconder.” 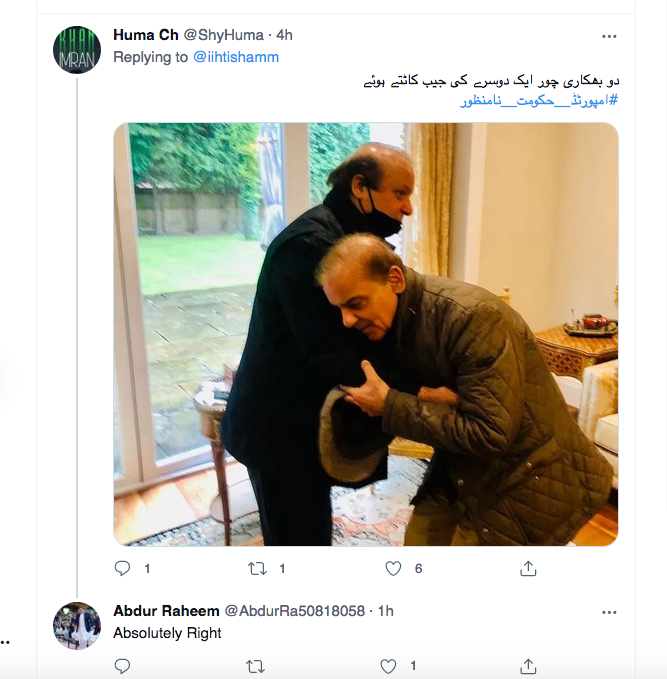 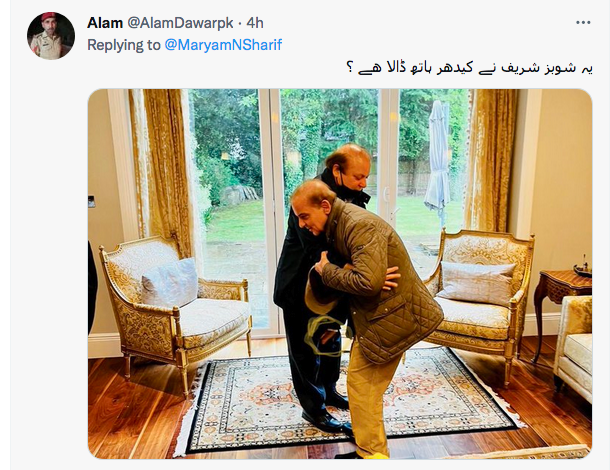 Muhammad is My Name wrote, “The jackals are so coward that they couldn’t attend their mother funeral and nor meet at their office. They afraid that PTI workers will come for demonstrations. Don’t do wrong work to see such bad day in your life.” 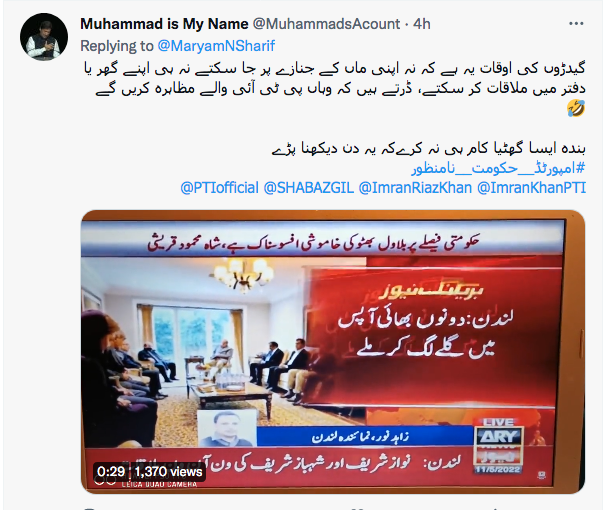 Waqar Khan commented, “who died as they seem to gather for funeral prayer in the meeting.” 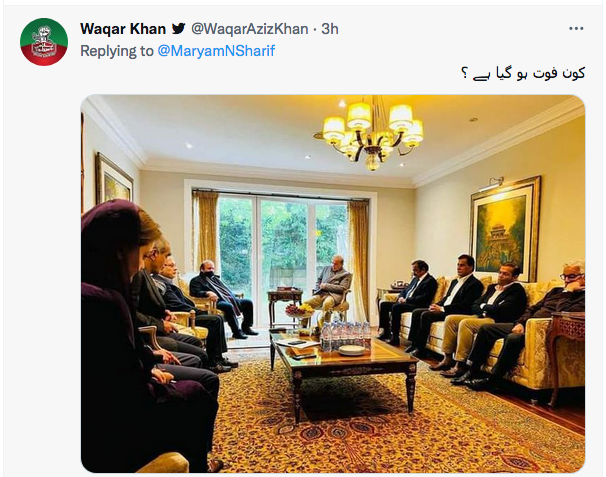 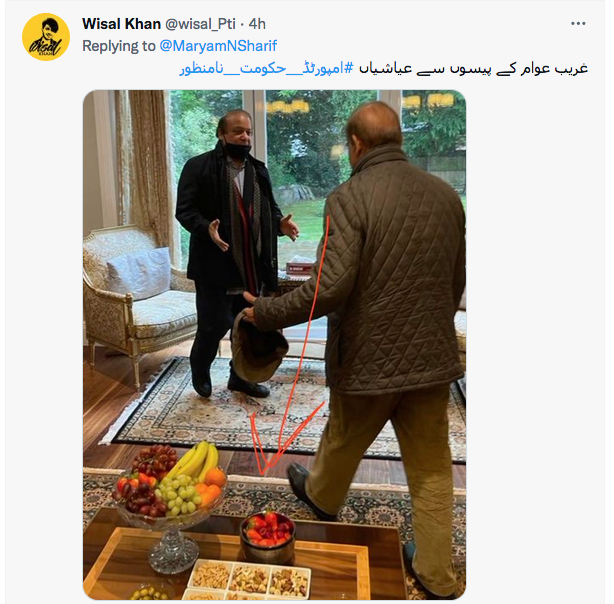 Doctor Irfan in his comment said, “Shahbaz Sharif once said he will torn Zardari’s clothes and now saying I will torn my clothes.

He also wrote on the photo, “Brother remove your hand my pocket is empty. (smiling emoji) 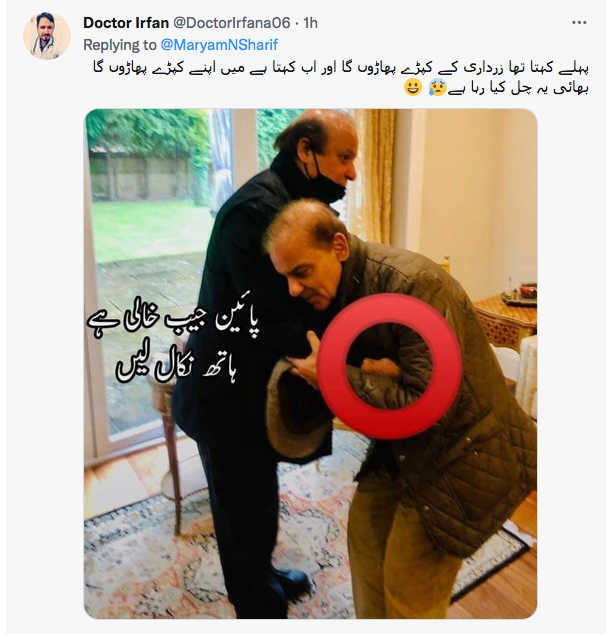 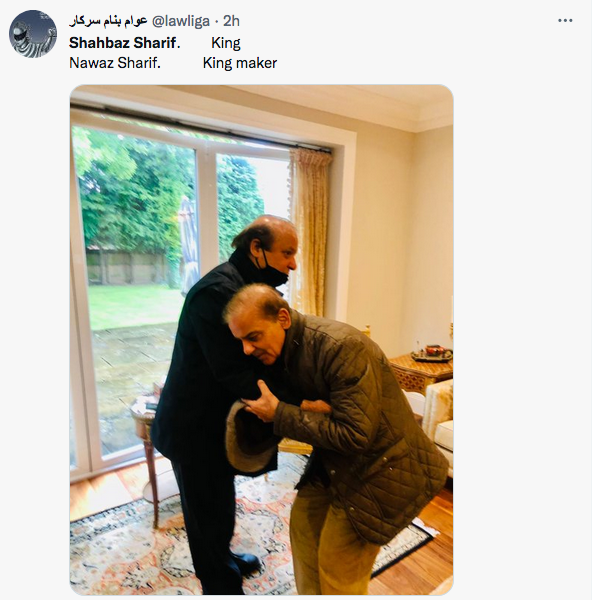 Haleema Sadia wrote on her Twitter account, “Stand up my younger brother, I am Nawaz Sharif not General Bajwa.” 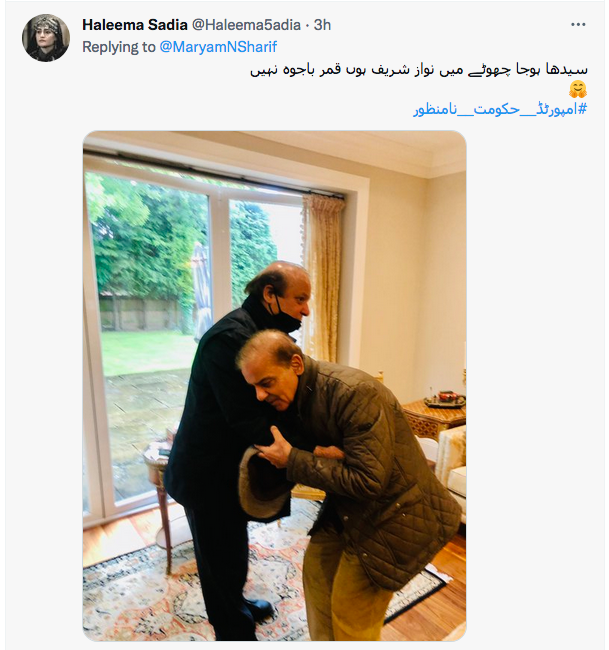