The news of the death of former Pakistan President Musharraf was run several media outlets in India claiming that the leader died in Dubai on Friday. 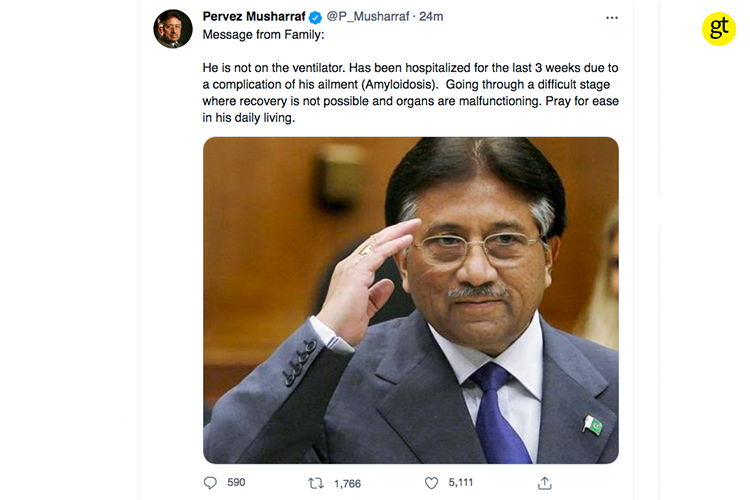 Source close the family said, “He is not on the ventilator. Has been hospitalised for the last 3 weeks due to a complication of his ailment…”

The doctors who were monitoring him said that his health is in stable condition.

Musharraf rose to national prominence when he was promoted to four-star general by the-then Prime Minister Nawaz Sharif in 1998.

Musharraf became the head of the armed forces of Pakistan.

His decision to led the Kargil infiltration almost brought India and Pakistan to a full-fledged war in 1999.

According to sources, the Kargil operation was launched without the civilian government’s approval.

After hostile relation between Sharif and Musharraf, PML-N leader sought to remove him from power.

But the attempt was unsuccessful. In retaliation, the army staged a coup in 1999, which allowed Musharraf to take over Pakistan as president in 2001.

He subsequently placed Sharif under strict house arrest before launching official criminal proceedings against him.

Top officials of former PM Sharif, said that he had sought to derail talks with India through Kargil Operation.