Sheikh Mohamed Bin Zayed underscored the importance of the contributions and role of all UAE-based institutions in supporting efforts to raise young children, and empower them to ensure they thrive and have prosperous futures, which, in turn, will help drive community development, child-rearing and empowerment efforts, in line with the UAE’s strategy for the next 50 years.

In his speech, the UAE President directed to open the door of participation to all entities operating in the UAE to take part in the initiative, and encourage the adoption of parent-friendly practices and policies, describing them as an integral part of the positive and constructive institutional work model and a stride towards promoting a culture that focuses on supporting children and protecting their rights. 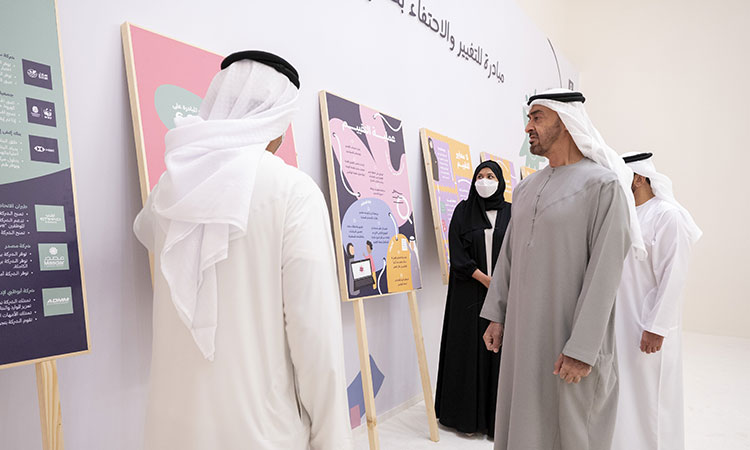 For his part, Sheikh Theyab stressed that parent-friendly work environment enhances working parents’ ability to effectively contribute to the emotional, cognitive and behavioral development of their children during the first years of their lives and strengthen social and family bonds by achieving a balance between work and personal life, while inspiring employees to achieve higher productivity levels and enhance their happiness.

He added that the initiative will contribute to bridging the gap between the public and private sectors in terms of work policies and benefits provided to parents, and enhance the attractiveness of work in the semi-governmental and private sectors for UAE citizens, in addition to its role in shaping a brighter and more prosperous economic future, and cementing Abu Dhabi’s position as a child-friendly city.

ECA had recently launched the first edition of the PFL, which recognises semi-governmental, private and non-profit entities for their parent-friendly policies and practices, targeting over 70 UAE-based institutions. The initiative has left a positive impact on the lives of over 6,600 children, reaching over 20,000 of the employees working at the participating entities.