Ranil Wickremesinghe takes oath as the interim president in Colombo on Friday. AP

Sri Lanka’s parliament accepted the resignation of President Gotabaya Rajapaksa on Friday after he fled the country, paving the way for lawmakers to start repairing the island’s shattered politics and resume efforts to ease its economic crisis.

After suffering from crippling shortages of petrol and diesel and runaway prices of basic items like vegetables and bread for months under the rule of Rajapaksa and his brothers, Sri Lankans are now waiting for lawmakers to elect a new president on July 20.

Until then, Prime Minister Ranil Wickremesinghe will be the interim president although protesters want him gone too. His private residence was set ablaze by demonstrators last weekend and his office stormed this week. 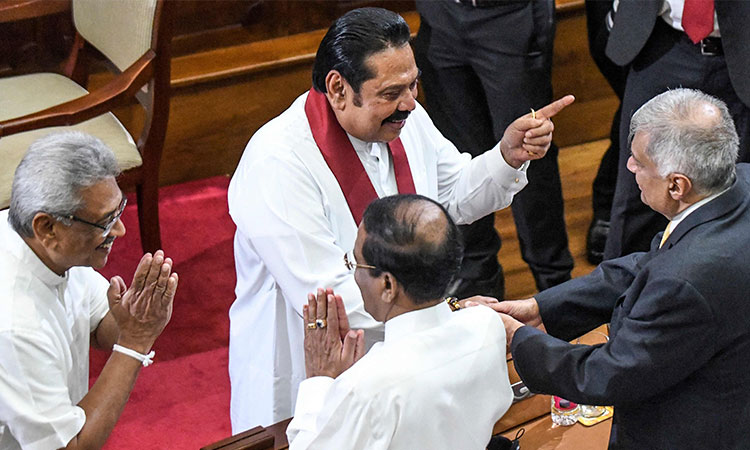 “Ranil Wickremesinghe is not the change we have fought so hard for,” said Wimal Jayasuriya, 43, a martial arts specialist who is on a hunger strike opposite the prime minister’s official residence that was also sacked by protesters.

“We will not allow him to be president. The SLPP parliamentarians should stand with the people and not allow Ranil Wickremesinghe to become president.”

The speaker of parliament, Mahinda Yapa Abeywardena, said lawmakers would “constitutionally appoint a new president.” “It will happen quickly and successfully. I request everyone to support this process,” said Abeywardena, who received Rajapaksa’s resignation the previous night. 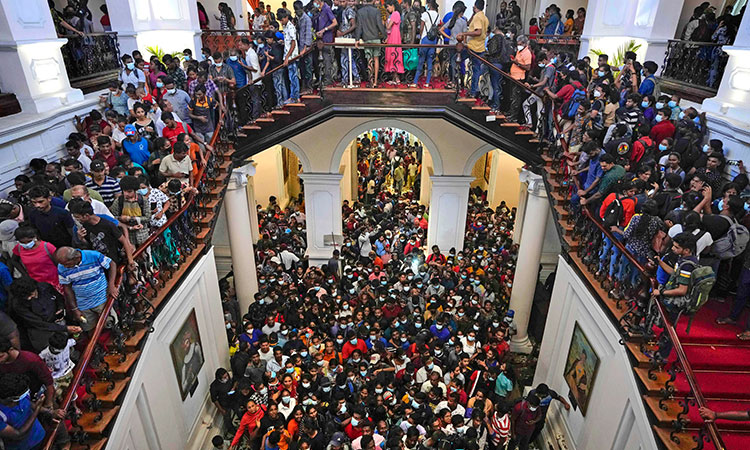 Rajapaksa landed in Singapore on Thursday, having fled to the Maldives early on Wednesday on a military jet along with his wife and two security guards. Protesters occupied his home and office last weekend after surging past armed guards.

The group approached the court seeking “action against persons responsible for the current economic crisis.” A lawyer for the brothers did not respond to calls from Reuters.

“We are so happy today that he resigned and we feel that when we, the people, come together, we can do everything,” said Arunanandan, 34, a school teacher who had been camping at the main protest site opposite the presidential secretariat for the past three months. “We are the real power in this country.”

Sri Lanka is a major tourist destination in the Indian Ocean and well known for its tea industry and garment exports.

Speaker Abeywardena said he hoped to complete the process of selecting a new president within a week. Parliament would reconvene on Saturday and be notified formally of the vacancy at the top, with a vote for a new president set for July 20.

The Bar Association of Sri Lanka, an influential lawyers’ collective, called on parliament to ensure that the election of Rajapaksa’s successor is held without delay.

After he was sworn in by the chief justice as interim president, Wickremesinghe said he would follow the constitutional process and establish law and order in the South Asian country. He also vowed to start moves to increase parliament’s powers and reduce those of the president, as demanded by protesters.

“This change can be completed by the new president once he is elected by parliament next week,” Wickremesinghe said. 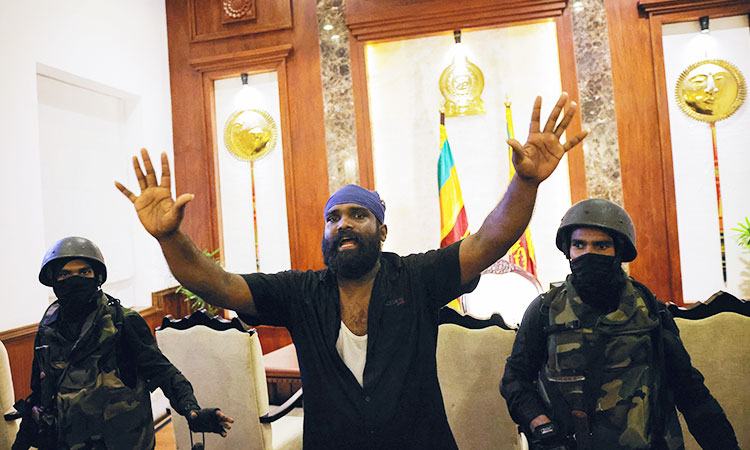 Street protests over Sri Lanka’s economic meltdown simmered for months before boiling over last weekend when hundreds of thousands of people took over government buildings in Colombo, blaming the Rajapaksa family and allies for runaway inflation, shortages of basic goods, and corruption.

Serpentine queues outside fuel pumps have become common, while the government has closed schools and enforced work-from-home for office workers to conserve fuel.

The country of 22 million people has nearly run out of dollars for imports and has defaulted on foreign loans.